A Dozen Things I am Thankful For 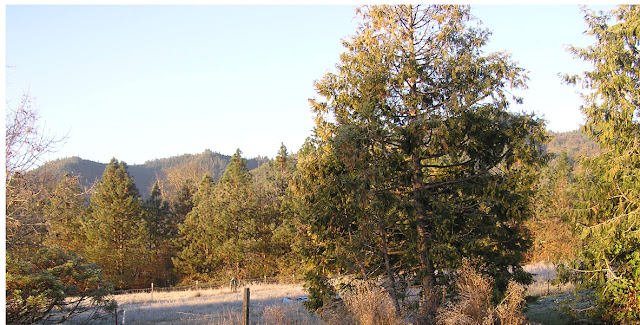 1) The view out my my back door. The ability to live out-of-town away from the noise and traffic. 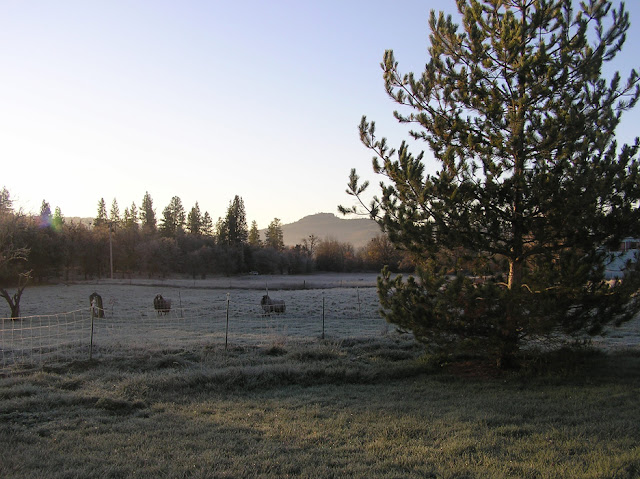 2) Animals and all of the things they give us. I am happy not to live in Ingrid Newkirk's ideal world. 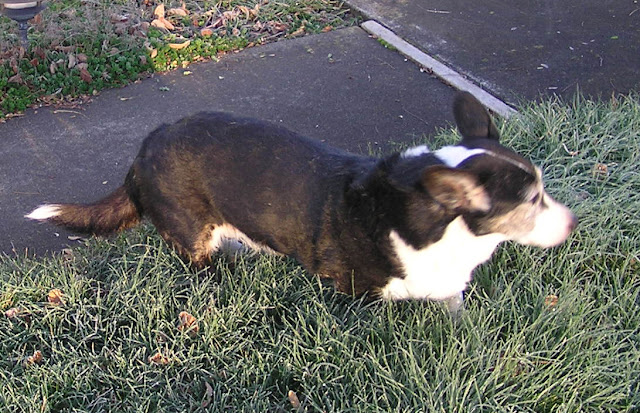 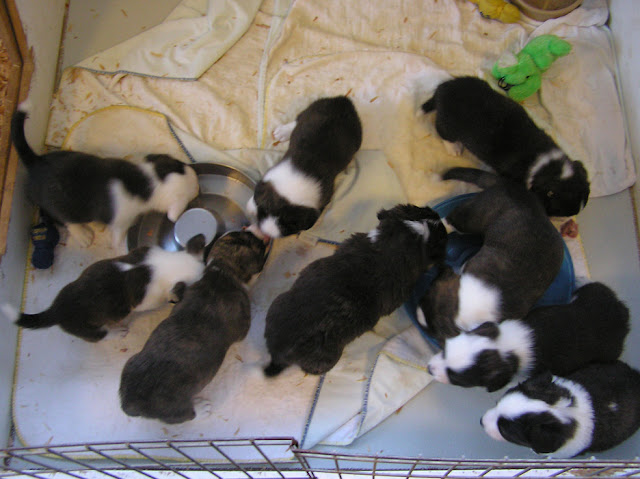 4) Healthy, well-fed puppies. In fact, puppies! 5) The good friends that the dogs have connected me with. 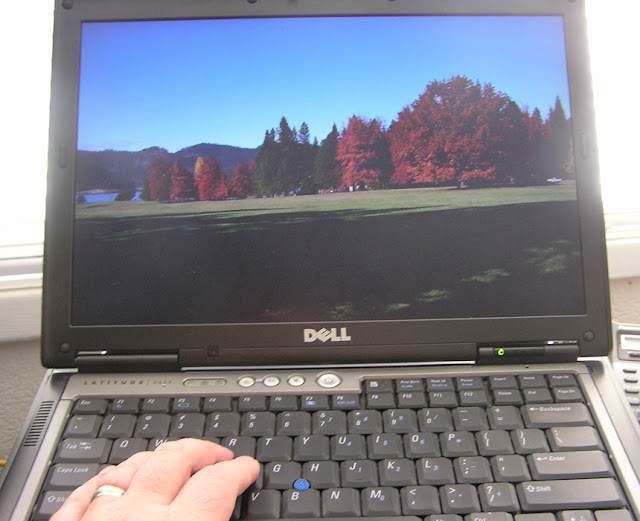 6) Computers, which allow us to be able to afford to live out of town, have puppies, and to communicate with our friends. 7) Google, which puts all of the world's knowledge at my fingertips. 8- My fingertips. Having one which doesn't work perfectly anymore - no thanks to dogs - makes you appreciate the others. 9) My eyes. Some people are aural in nature, others are visual. I have learned over the years that my brain is wired such that I am a visual person. The spoken word can go right past me (ask Tom). 10) My day-job. Sometimes. Or at least for my 401(k) may it live long and prosper, and the generous boss to help it do so. 11) Digital cameras, for making it easier to preserve and share memories. 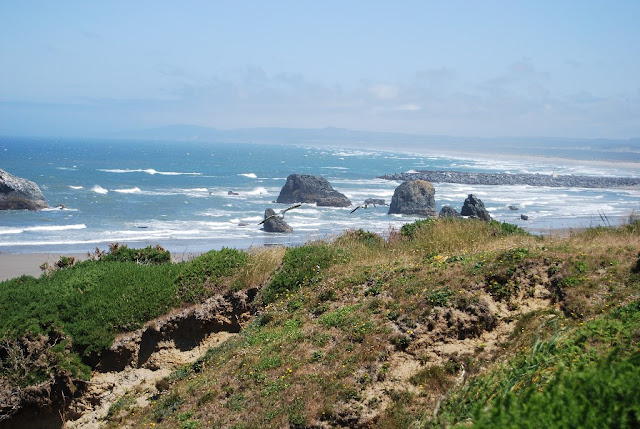 12) For Oregon and for living here. I love living in a state and region with both some of the most spectacular and unspoiled coastline in the world . . . 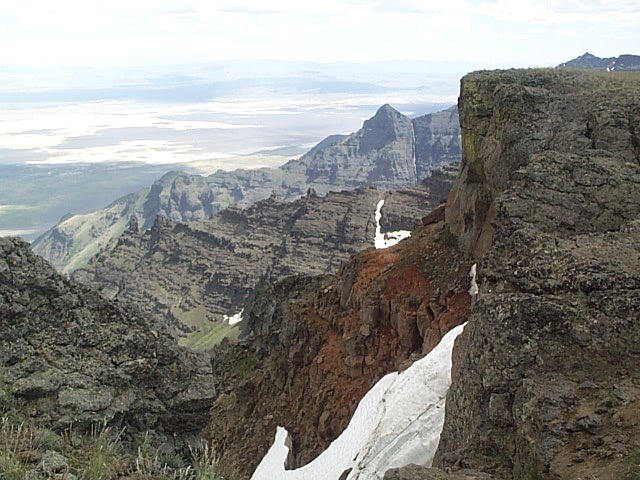 We tried to go to the South Jetty, but our travel plans were somewhat compromised. 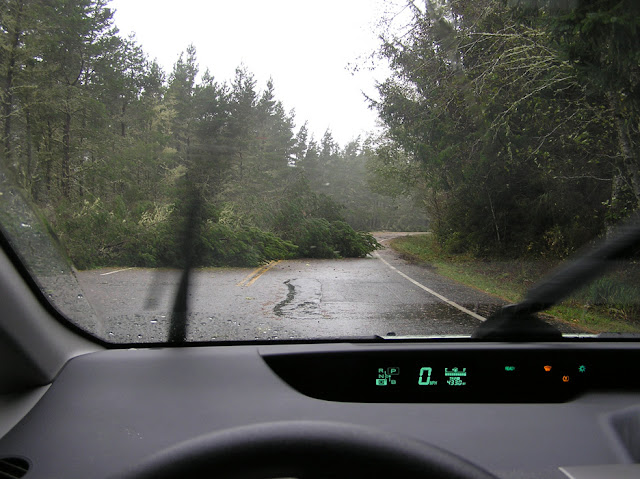 I believe the reports of 85 mph winds. The Hammond/Warrenton area had downed trees and power lines everywhere. Most of the pictures are on Kathy's camera so I'll see if I can get them later. I was driving white-knuckled while she documented the drive. The high point - or was that low point - came while we were crossing the Youngs Bay Bridge between Warrenton and Astoria. We thought it would be a good idea to get pictures of the breakers on the bay. Kathy rolled down the car window to get a better shot. I saw it coming and tried to say "Be Careful!" but somehow all that came out was "CUH!" before a wave came up over the bridge, into the car window, and right into Kathy's face. She (and camera and car) were drenched. After crossing the big bridge at Astoria, 101 follows the north bank of the Columbia for a few miles. The waves were crashing over the road, but we were smart enough to keep the windows rolled up that time. The rest of the drive to Seattle was equally wind-blown. But can you believe it? The weather cleared up and we got not a drop of rain at the game. 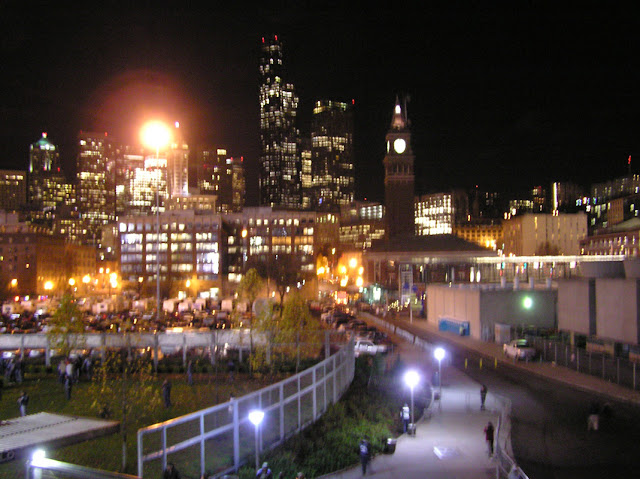 View of city from Qwest Field.
The game was fun, especially as the final score was Seahawks 24, 49ers zip. The "fan watching" is even more fun than the game, IMO.
Labels: Oregon, Washington

A few pictures from today. 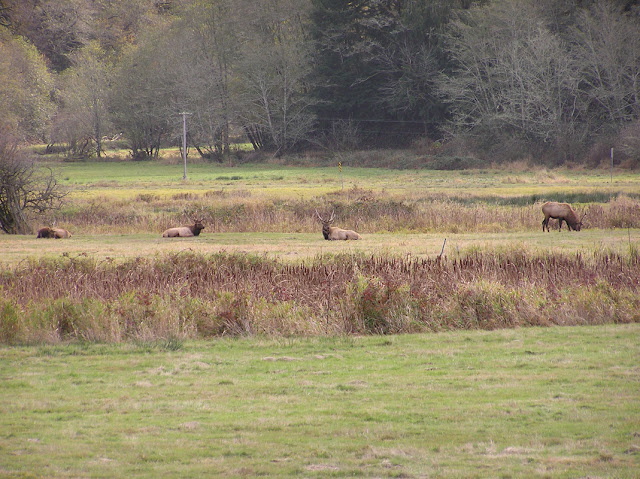 Bull elk outside of Reedsport. 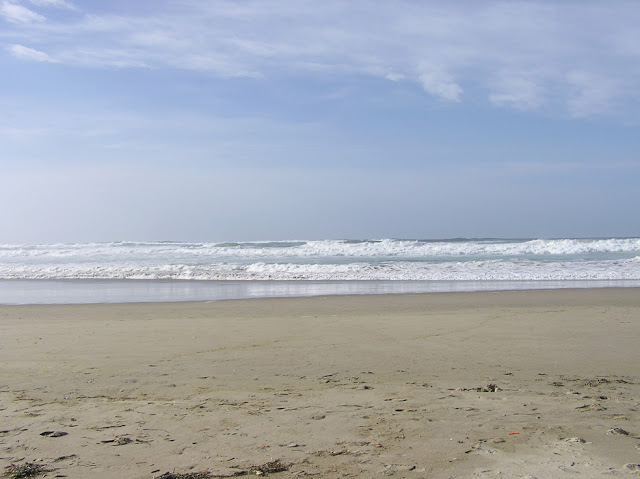 Beach at Umpqua Lighthouse State Park. There was a fantastic rolling surf today. 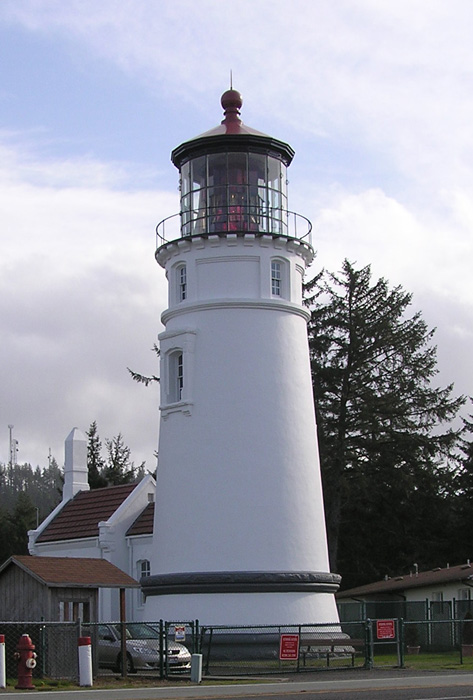 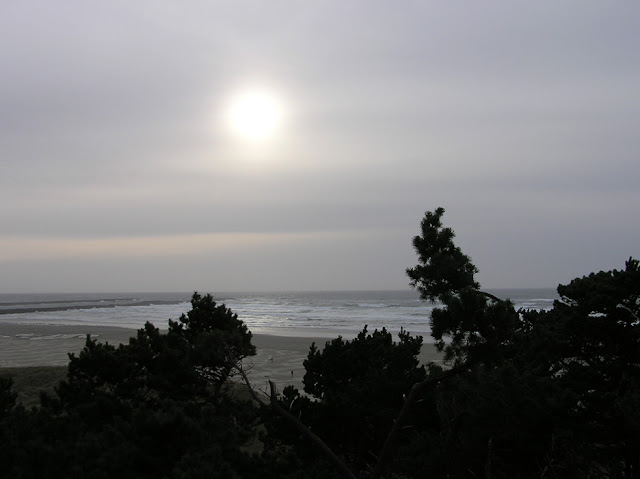 Beach at Newport. What a beautiful day. 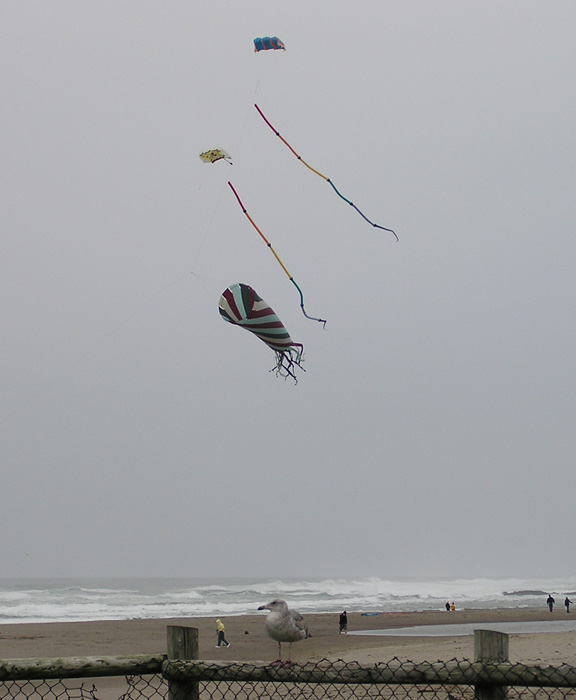 Kites on beach, downtown Lincoln City.
We ended up in Seaside tonight. Yes, that town that I called a "circus" in August. While still touristy and perhaps prematurely decorated for the holiday season, it is ever so much better in November. We had a lovely seafood dinner with a bottle of wine in a nearly deserted downtown restaurant.
Labels: Birds and Wildlife, Ocean, Oregon