It's not always about the dogs 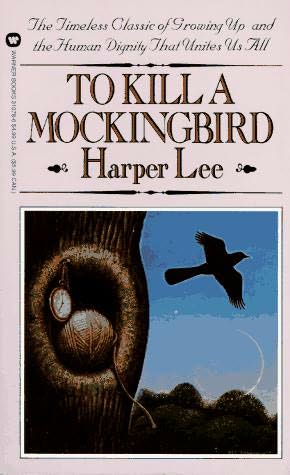 “All I Really Need to Know I Learned in Kindergarten”.  No, in fact I think that it was about four years later.

Interviews and articles this week pertaining to the 50th anniversary of To Kill a Mockingbird have led me to musing about the first time I heard the book.

Yes, heard rather than read.  In fact, our fourth grade teacher read it aloud to us in class.  The year would have been 1962, so the book was still young.  I debate that it is appropriately a children’s book even though written from the point of view of a little girl.  Then again, it was perhaps the correct time to be introduced to the concepts of prejudice, unfairness, and equality.  Growing up as we did in a community in northern California with little racial diversity, it was a window to a different world.

Perhaps today I would like to know the kind of teacher who would think the book important for a group of 9- and 10-year-old children to be exposed to.  What I remember most about the teacher, Mrs. Carson, is that she was a firm believer in corporal punishment who wielded the receiving end of a paddle-ball.  My own palm was the victim only once during the school year.  I don’t remember why, but I’m sure that it was a minor transgression.  I was a shy child and avoided drawing attention to myself whenever possible.  The humiliation of the punishment far outweighed the physical sting.

I have recently finished reading three books by Temple Grandin: Animals make us Human, Emergence: Labeled Autistic, and Thinking in Pictures.  While I now think hearing words in my mind, perhaps most of us “think in pictures” before we have full verbal ability.  I know that my memories up through fourth grade are predominantly snapshots inside my head, and not on a linear timescale. Paging through the scenes of fourth grade I see:


The dreaded lessons in writing “cursive”.  The big thick green pen.  I was on the young end of the class, with a September birthday, and lacked the fine motor skills to copy the letters as well as I should have or desired.

An earthquake while we were in the classroom.  This was in a very ancient or poorly constructed building so fortunately it was not a big shake.  The rest of the year we practiced “duck and cover” under our desks, not in fear of “the bomb” but of a larger quake.

Sitting at my grandma’s dining table after school one day, with arithmetic homework that had to be done.  I remember my mom setting a timer.  I remember hating it.  But it must have worked.

I don’t remember recesses that year except for one: when Regina Karpinski broke Kay Randall’s arm. 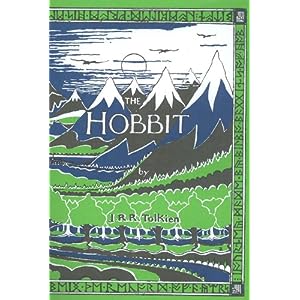 Most of all I can picture the little blue bookmobile that came to school on a regular schedule.   The first real books I read came primarily from the dusty shelves of that little bus.  I can still see right where my favorites were: on an upper shelf on the driver’s side toward the front of the bus.  The Black Stallion and every other horse book I could find.  Albert Payson Terhune (Grey Dawn was a favorite) and other dog books.  Then one day when I couldn’t find anything new to read I moved just a little to the left and picked up a different kind of book. The jacket bore a stylized drawing in green, white, and dark blue of The Misty Mountains.  The book was, of course, The Hobbit. Fourth grade was a pivotal year.  It was the year I discovered the magic of living mult
Labels: Books