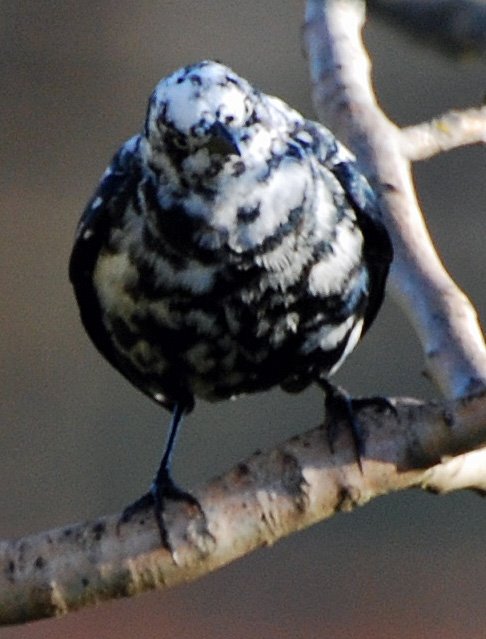 My guess is that it's a blackbird with a color mutation. Other thoughts? 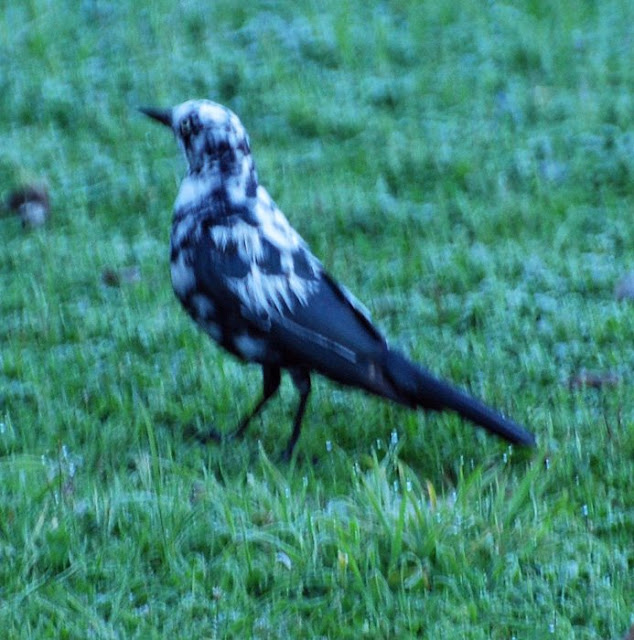 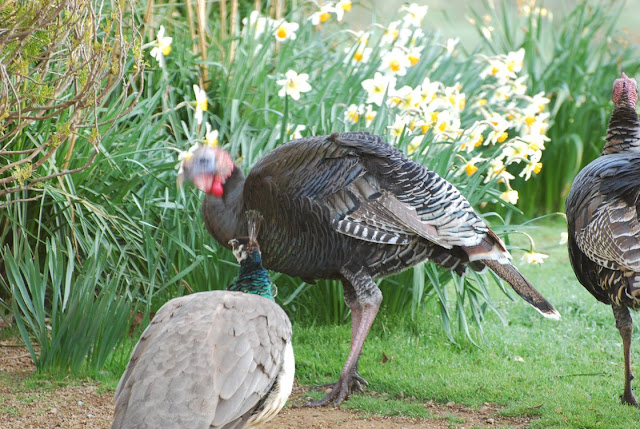 And the herd of wild turkeys is still roaming the neighborhood. Yes, they're more like a herd than a flock. Shhhh, don't tell the one in front that she's really a peahen. She would be so disappointed. 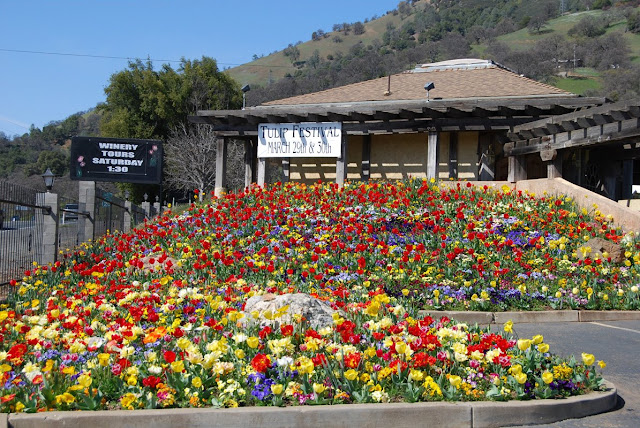 Tulip Hill Winery. Tom has some spectacular closeups of flowers as well as well. 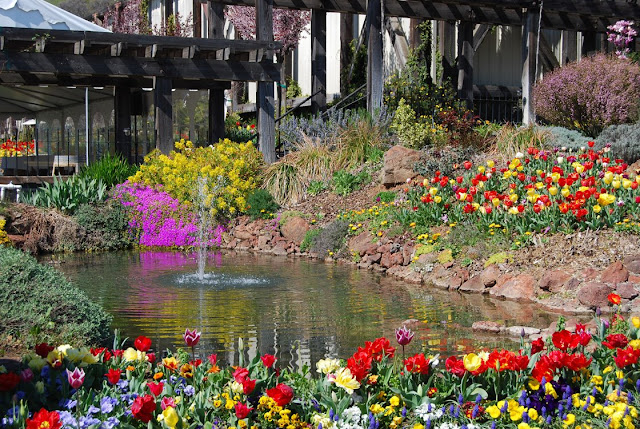 Pity those poor people who waited in line overnight in the low-20's temperatures. Their seats couldn't have been much closer than mine. I left home at around 6:20 a.m. after a whirlwind of letting dogs out and in, showering, and defrosting the truck. It was about 6:45 when I found a parking place and close to seven by the time I trudged to what was then the end of the line. I was probably about 800-1000 people back from the door. I met new friends as we were all standing close to keep each other warm. I didn't want to take anything extra, like a coat, or a purse, or even the camera. That's why we are making due with cell-phone pictures.

They were seating people in batches, with traffic directed to different areas. I ended up on the second row of the bleachers right behind the circular stage. I was probably 15'-20' from Barack as he was speaking. 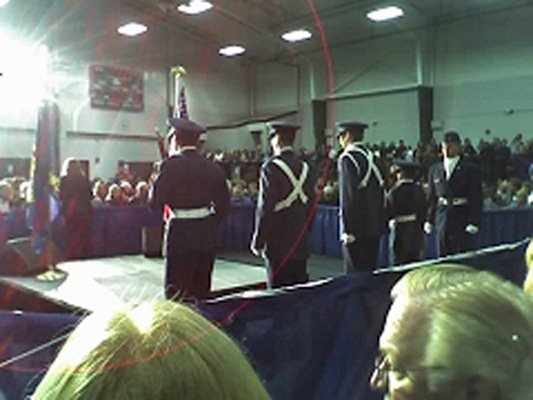 Color guard presenting flags as we were waiting. . . 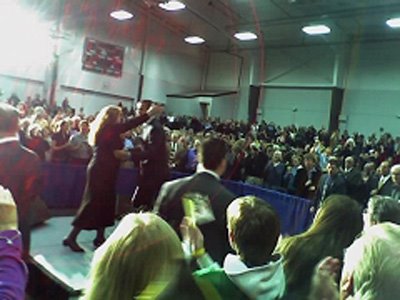 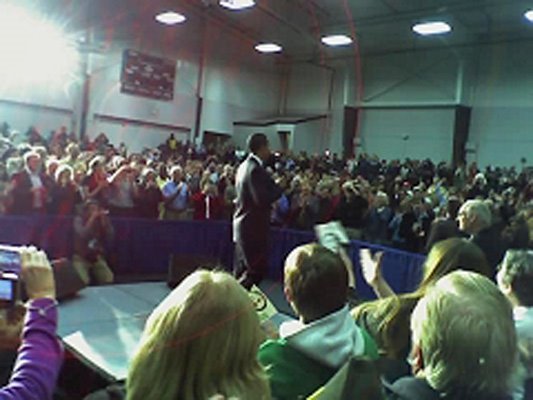 The crowd was in large part (ahem) middle-aged white folk such as myself. But I guess that's most of Medford. 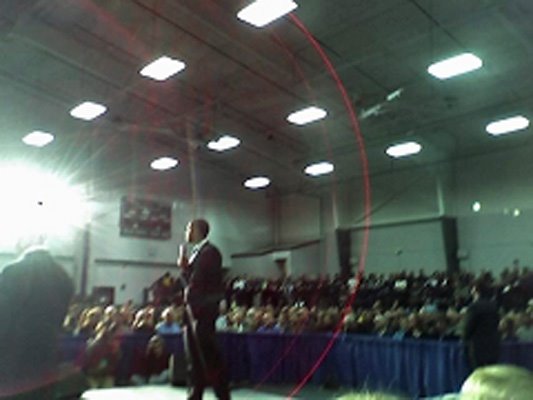 We discussed how great it would be to have a president who can use words correctly and in context, and even read! 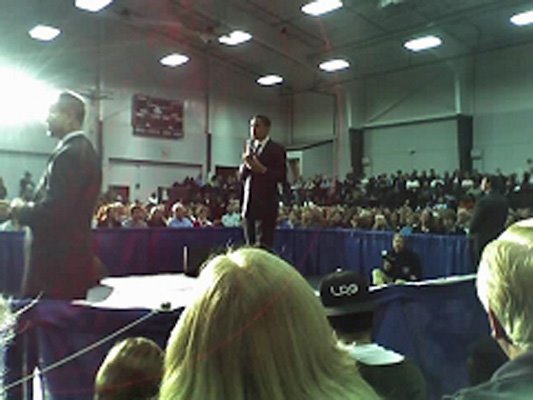 And who, when posed with a question, takes the time to not only answer in complete sentences - paragraphs even - rather than sound bytes, but to actually give an intelligent answer to the question that was posed.

And . . . he shook my hand! I was able to get "ringside" at the end with no trouble. I should have thought to take the family copy of "The Audacity of Hope" (thanks Mom) for him to sign as he was doing that after the speech.

Questions posed during the second portion included: the economy (and how to curtail the recession), the Tibet/China situation, funding of special education, care of veterans, the environment, and stem-cell research. When posed with the environmental question which included a statement about logging old-growth forests, Barack countered that climate change has to be the number one concern or that there will be no old growth forests to protect.

And every Prius in town was there except mine. I never realized how many there were around here.
Labels: News and Politics