Or maybe not.  When the rain goes away, this is sure to come back: 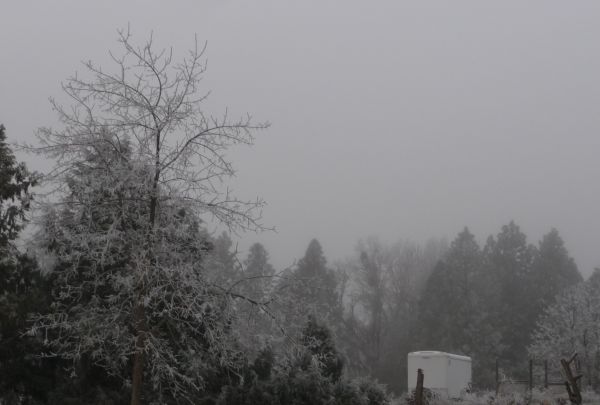 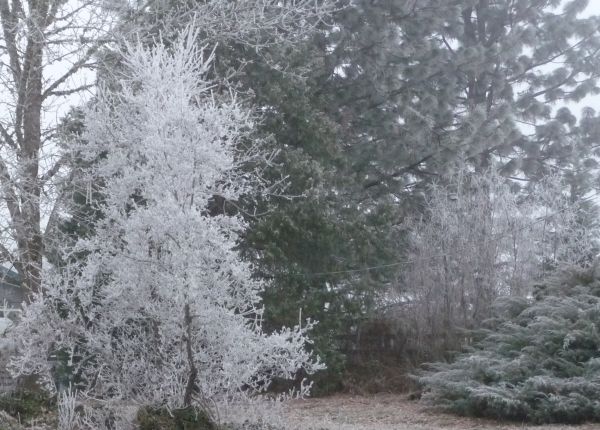 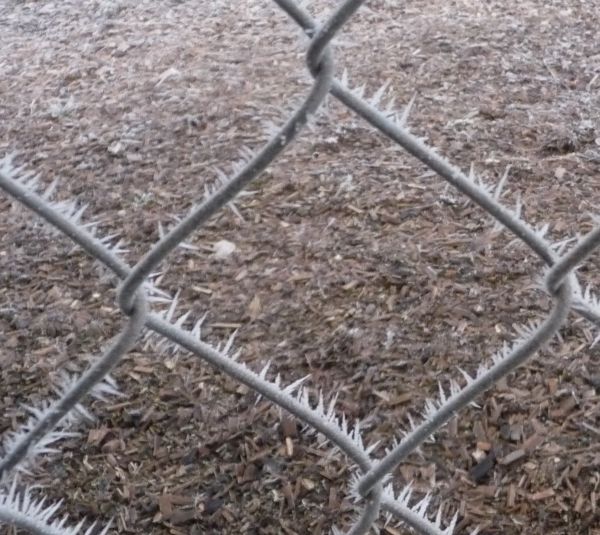 Ice crystals grow on the fences.

If only I didn't have to drive in it. 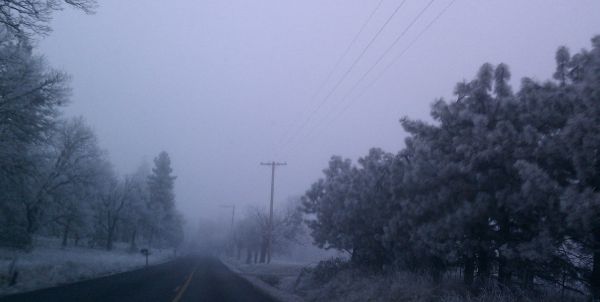 But soon it will be vacation time!

Sorry Traci, I couldn't resist.  Didn't you guys pick a picture like this for your Nationals ad?
Labels: home, Oregon 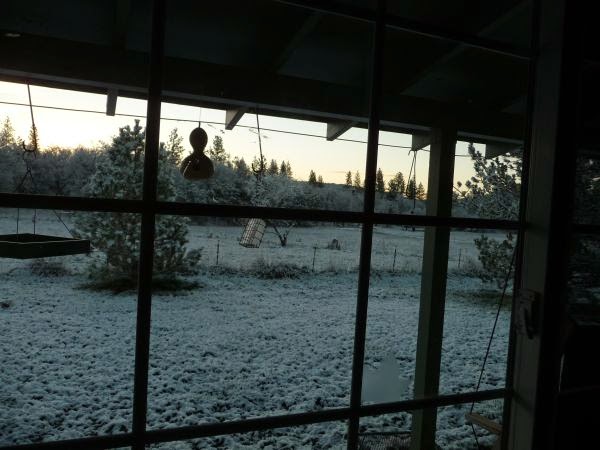 It was snowing when we went to bed last night (10:30 p.m.), and we woke up to more white stuff on the ground this morning. I’ve been working from home for the last few hours, so enjoying the view through the window. I’m taking a short break now to post pictures before going to the office.

So, remember how I said last weekend that since I worked through Christmas that I was going to take off and party this weekend?  So much for that idea.  I have pilesof work at the day job to finish.  And I do mean literally piles.  And unfortunately the server is hung, so I have to drive in to the office to boot it.  After that at least I can bring some of the piles back and work from home.  And pray that the aging server does not hang again.
Now as to why I have so much work that needs to be done immediately  (and knowing well that it’s possible that a boss or two could read the blog):
On Tuesday, two days before I needed to do the January billing, it was decided in the weekly sales meeting that the invoice program needed to be modified.  They decided that they wanted us to have in effect a combined statement and invoice which showed previous balance, current charges, and ending balance.  What we had been doing was sending invoices for the current amount and statements/reminder notices around the 10th for past due accounts.
Tom points out that had this been an Applied Solutions customer that I would have laughed hilariously at the short deadline at the end of the year and then quoted a price so high that they would have gone away with their tails between their legs.   I probably should have said “no” for this month and started it in February, but I didn’t feel that I had that option.  When I am requested to make a change at the day-job where I am on salary that I don’t have the luxury of deciding what can be done and when.
So here it is, the end of the year, and I have to stop and make program changes as well as doing the accounting work.  I worked on it until 6:30 at the office Tuesday then until 9:45 once I got home and fed the dogs, and until 7:30 pm. (without any breaks) Wednesday.  I still didn’t finish all of the changes, but I did at least get it done enough to send out the invoices dated January 1st.
On the plus side: 4 people called Thursday when they received their e-mailed invoice which showed a past due balance.  Three of them paid with credit card right then.
On the minus side: 3 customers called or e-mailed complaining that they did not get the printer-friendly .pdf attachment.  That was one of the parts not completed.
So now I am going to go boot the office computer and bring home the work that I should have done Tuesday and Wednesday.  So much for Twenty-Eleven starting out better.
Labels: home, life, Oregon, The Day Job