Yesterday morning we drove down to Champoeg State Park, to check out the site of the upcoming nuptials. 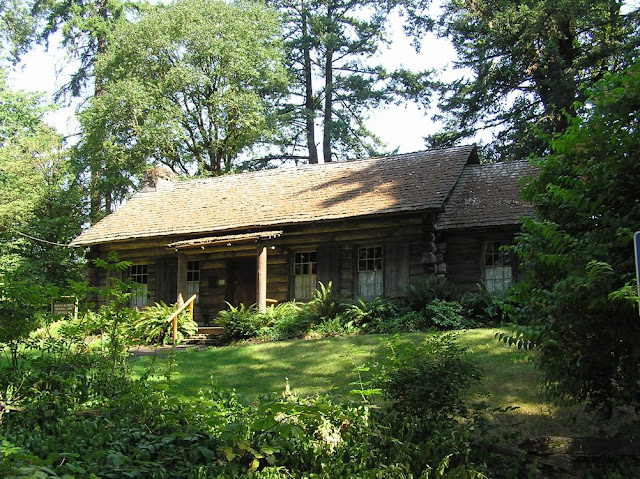 A pioneer cabin at the park. 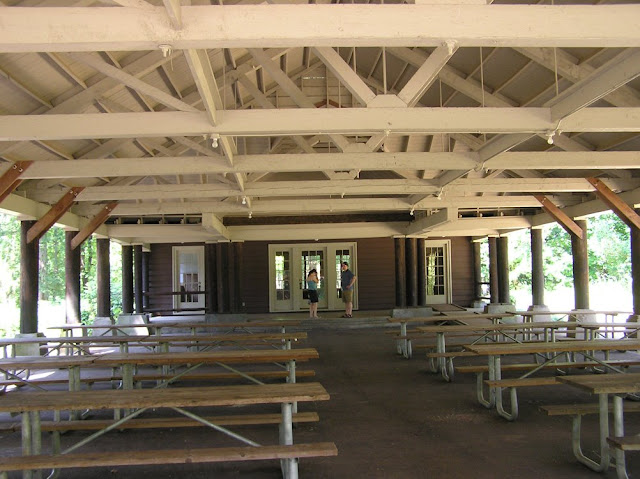 Pavilion at the site where Oregon was created and a government was established. Not available to reserve, unfortunately, after the end of September. 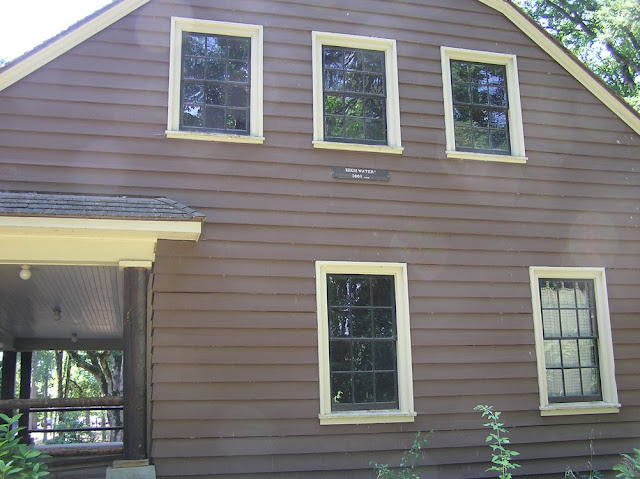 The building is a recreation of the original Hudson Bay Company building, destroyed by a flood in 1861. The sign on the wall shows the high water mark. 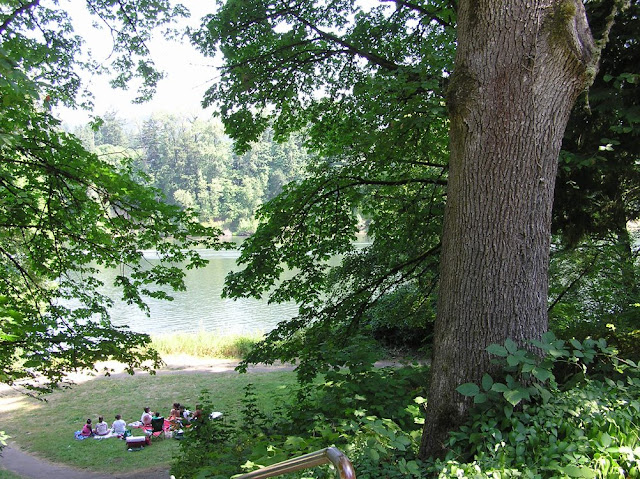 Standing in the same spot, rotating 180 degrees and looking down to the river.

Did I mention that it was really hot yesterday? We thought that indoor exploration might be a good idea and had always meant to check out the Evergreen Aviation Museum where the "Spruce Goose" is housed. If we had realized that there was no or inadequate air conditioning in that building we might not have done so. 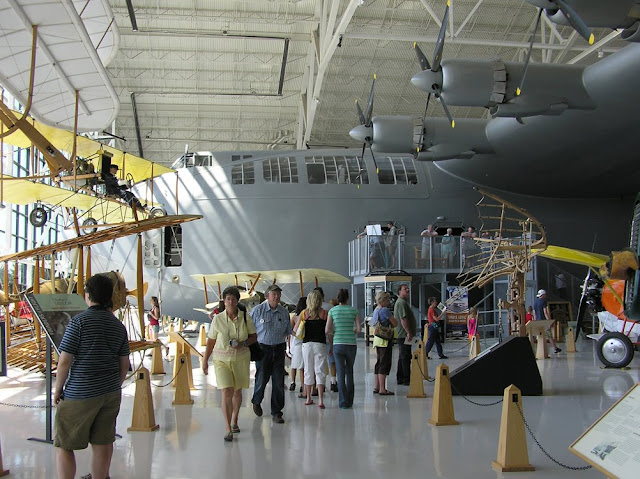 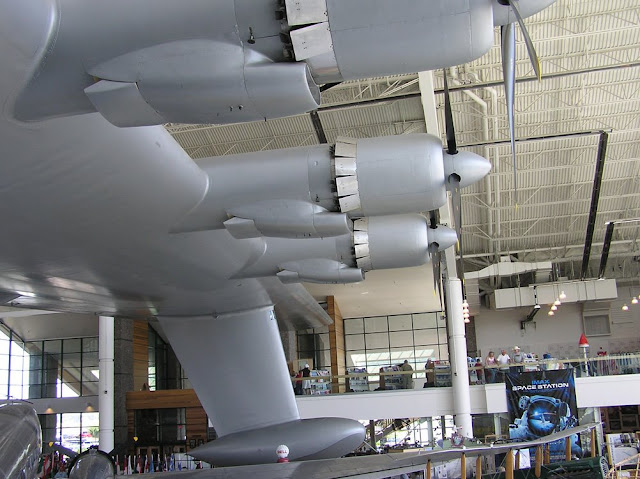 There were many, many other aircraft of all types also on display. 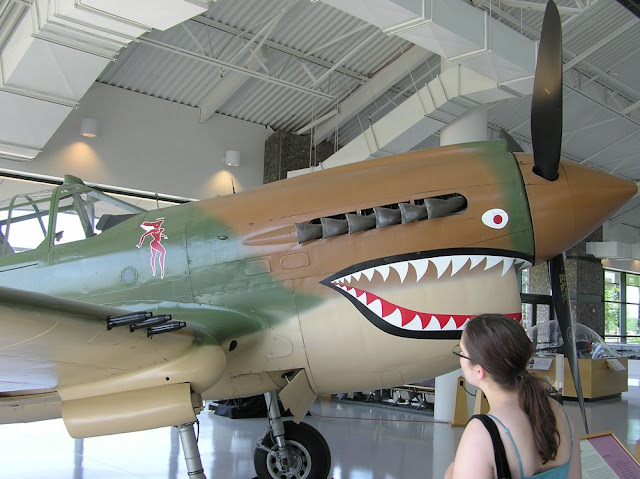 Probably the majority were fighters of one sort or another from WWII. 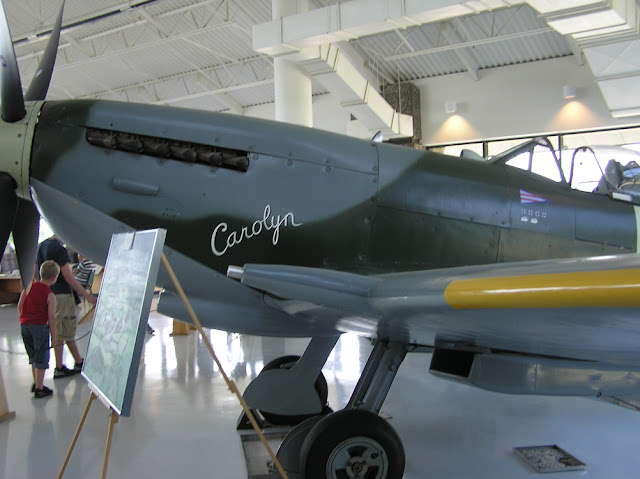 And look, this old RAF fighter was named after me. Well, ok so it's a little older than me. Maybe I was named after it. There is another building dedicated to space travel with a place waiting for one of the shuttles. The air conditioning was much better in there. I admit to being claustrophobic in the bottom of the recreated silo under the Titan missle.
Labels: family, Oregon, Parks and Monuments

A Room With A View

We're here in beautiful-though-unusually-hot Oregon City, in the Best Western right on the Willamette River. 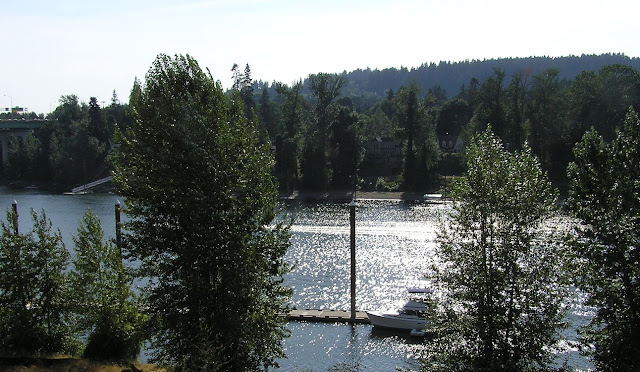 And it's a great weekend to be in the water. 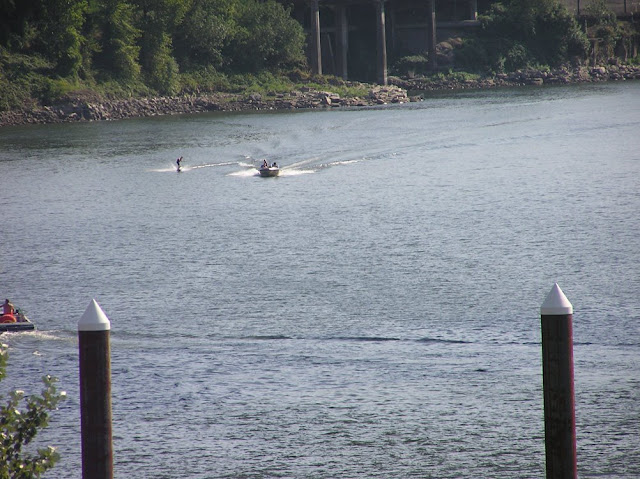 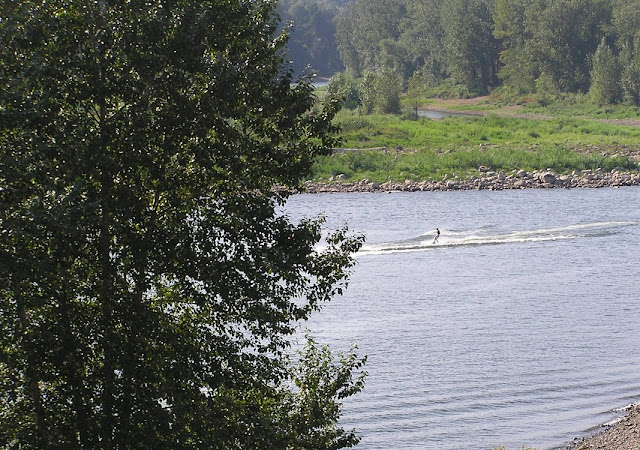 We can watch water-skiers from our balcony . . . when it's not too hot to be out on our balcony. 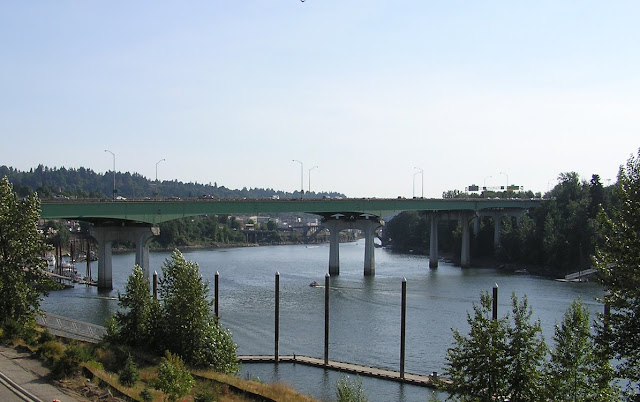 Ignore the road construction under us and the fact that I-205 is right over there. We met Catherine's parents George and Julie for dinner last night. And then we all went to Papa Haydn's for desert. I had the Autumn Meringue and it was totally sinful.
Labels: Birds and Wildlife, family, Food and drink, Oregon, Parks and Monuments 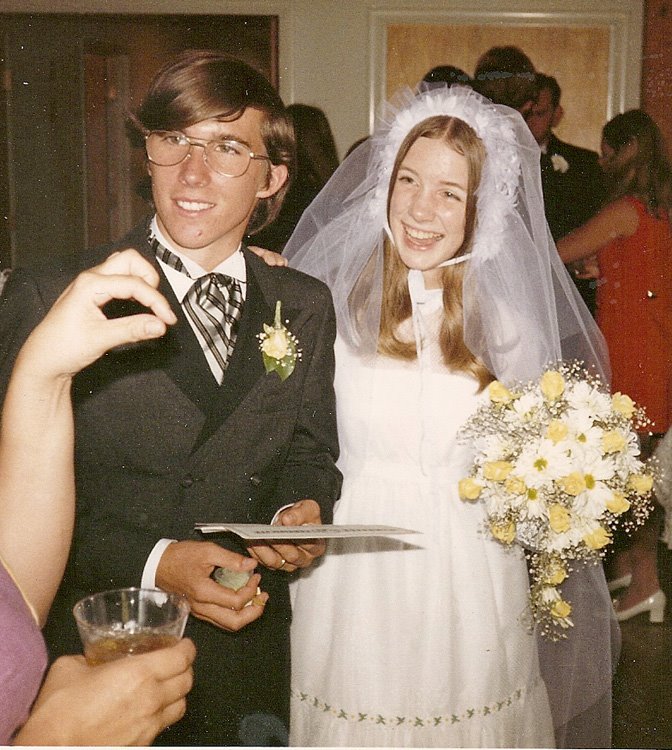 These pictures were all taken by my grandfather, Harold G "Mac" McIlroy. 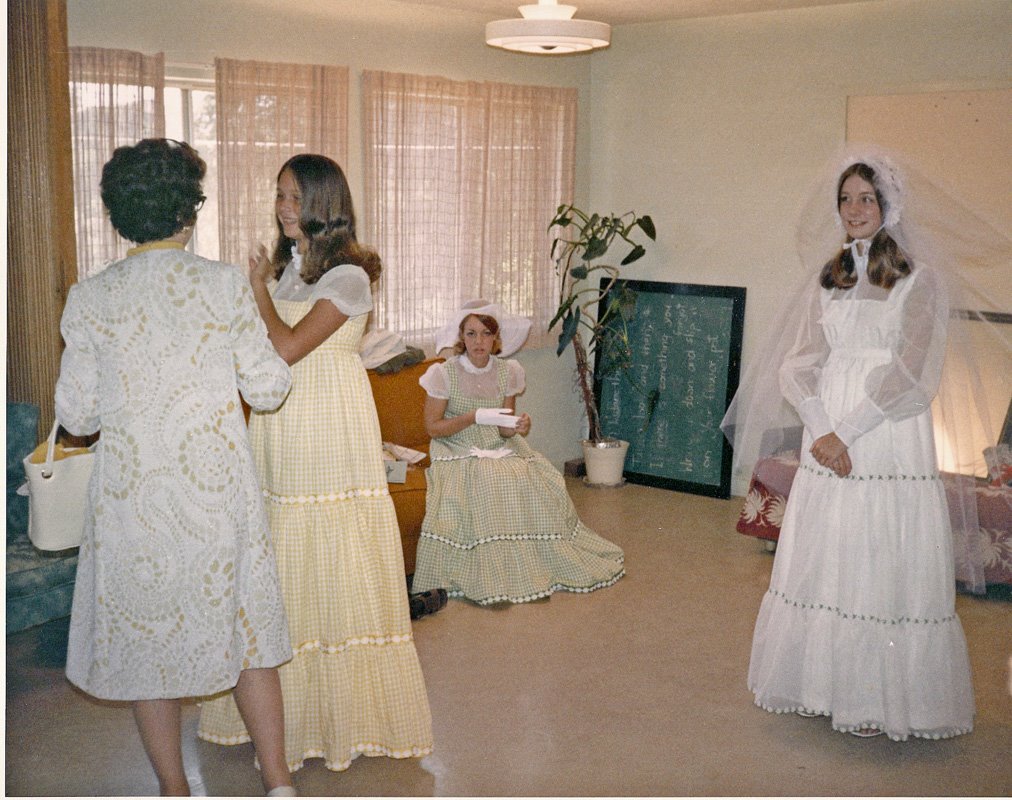 From left to right: Grandma Ginny, my sister Tammy, cousin Kim, and me. Grandma made my dress. I'm trying to remember if she made all of the bridesmaids dresses, which were from the same pattern, or if they were distributed. Tom's sister Leslie was the third bridesmaid, but somehow wasn't in this picture. 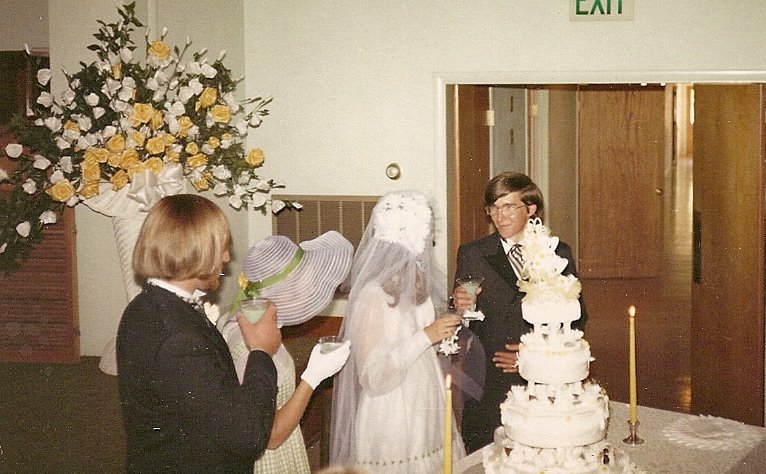 A toast at the cake table. Here's to 37 more, and now we can actually use wine or champaign to toast. Happy Anniversary, Sweetie!
Labels: family, life