We have found a new half-way spot between here and Tri-Cities to camp. We stayed at Cove Palisades State Park on our way up on Thursday and then back last night. I regret that we had so little time camping.

The park is situated on Lake Billy Chinook, a reservoir at the confluence of the Crooked River and the Deschutes. 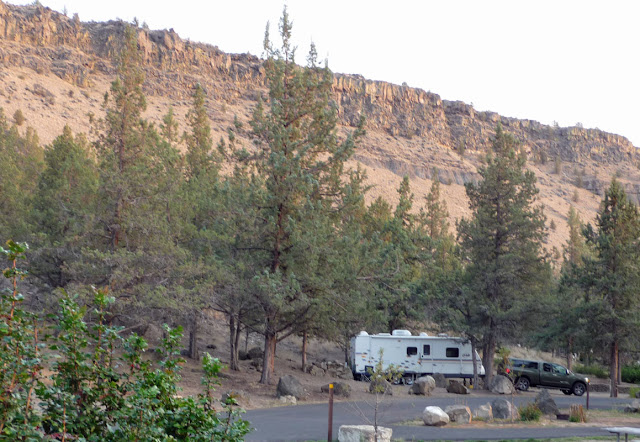 Thursday night we spent down at the bottom of the canyon, in the Deschutes campground. It is the end of the season and the campground was nearly empty. 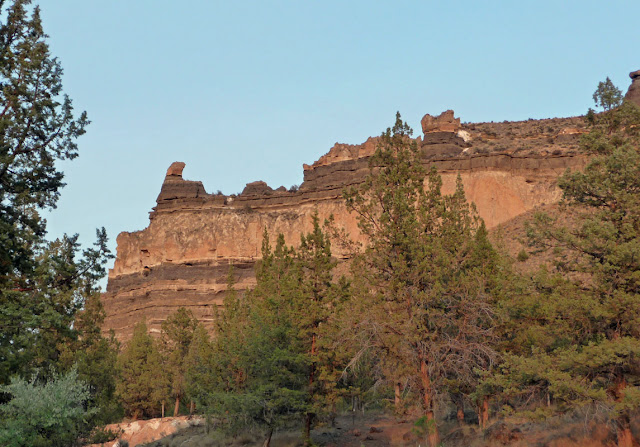 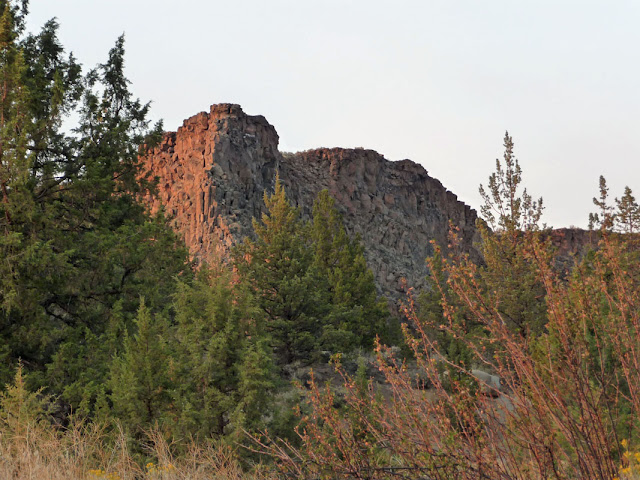 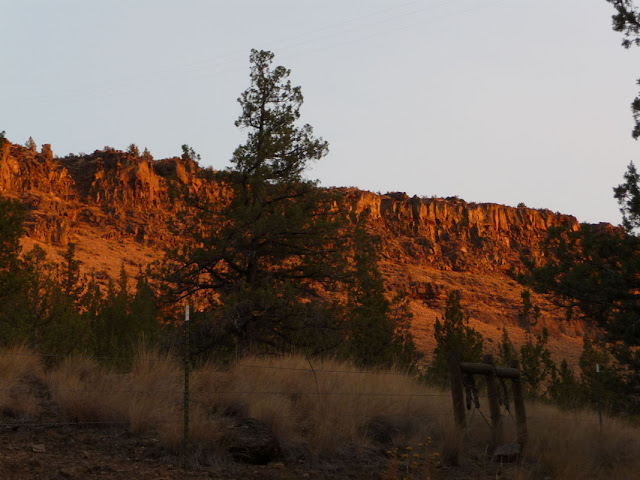 This is the view at sunset behind our campsite.
No cell phone reception.  No internet.  Lots of quiet and desert air.
We will be back.
Labels: Oregon

It's hot: 95 F and expected to hit over 100. It's dry. It's windy. Perfect conditions for a fire. Or multiple fires.
The morning started out with a fire south of Ashland at the south end of the valley. At the last report it was around 50 acres and had burned one house.
But we were looking out our office window and saw this one start. 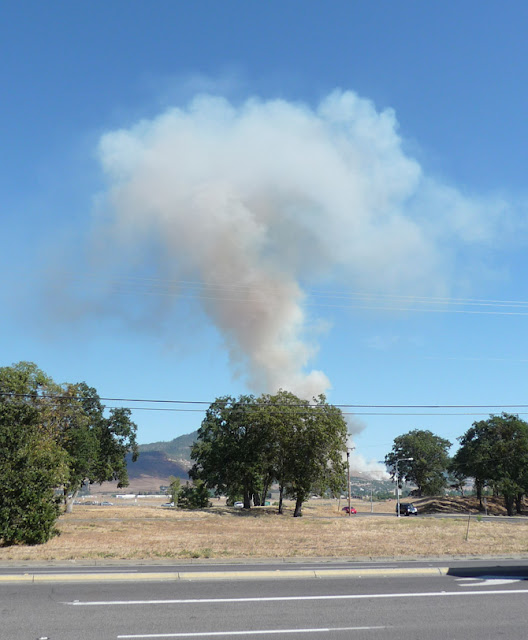 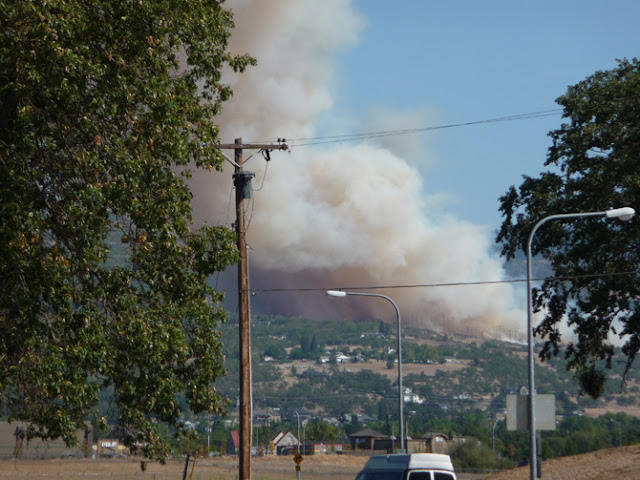 There is/was a power substation up there and we know that the power is out at some of the employee's houses as everyone is calling home to check.  The unofficial word is that three or four houses have burned.
Often when there are multiple fires set this time of year it turns out to be the work of an arsonist.  You can tell from the skies that there were no lightning strikes.
The above pictures were made around 3 p.m.   Here's an update from around 4:20. 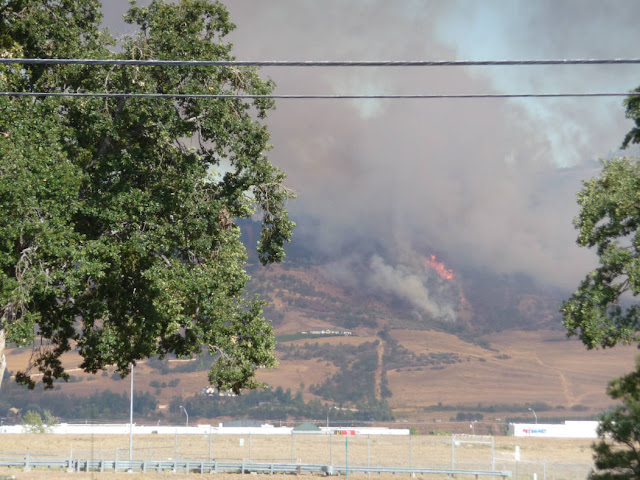 The wind is picking up and the fire has jumped a good distance to the north.
Labels: Oregon, The Day Job 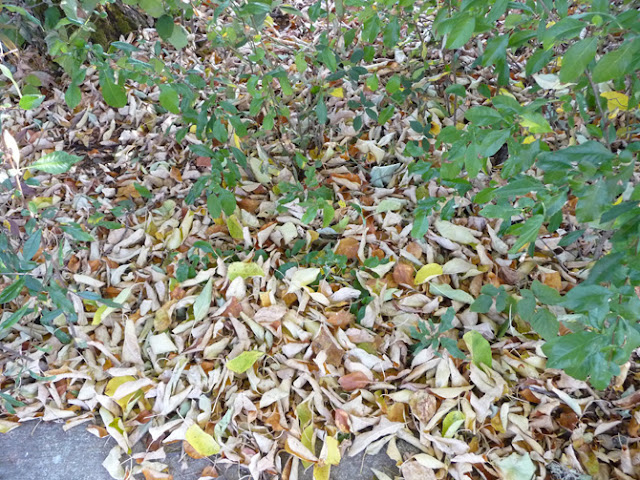 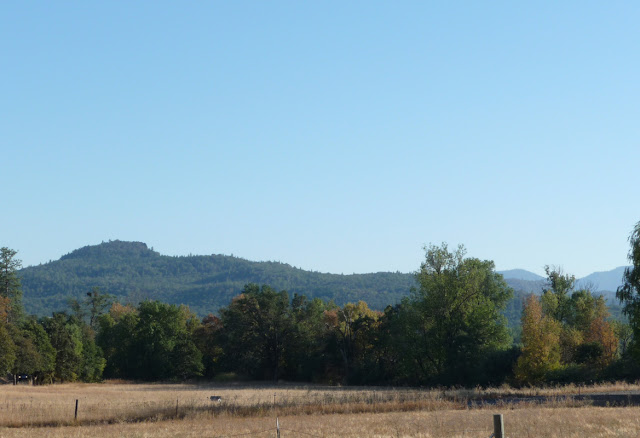 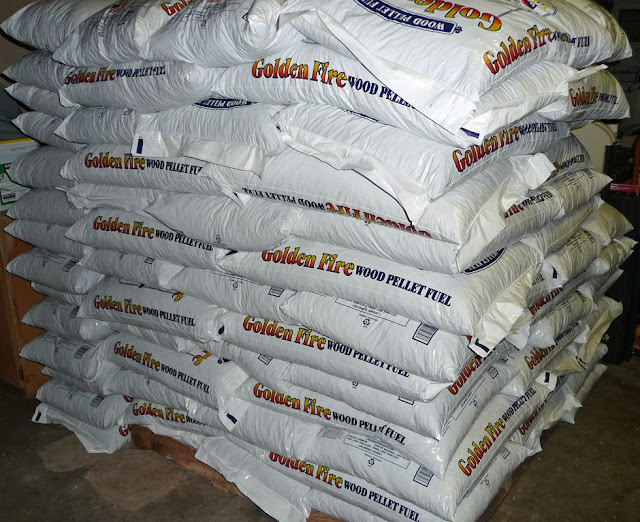 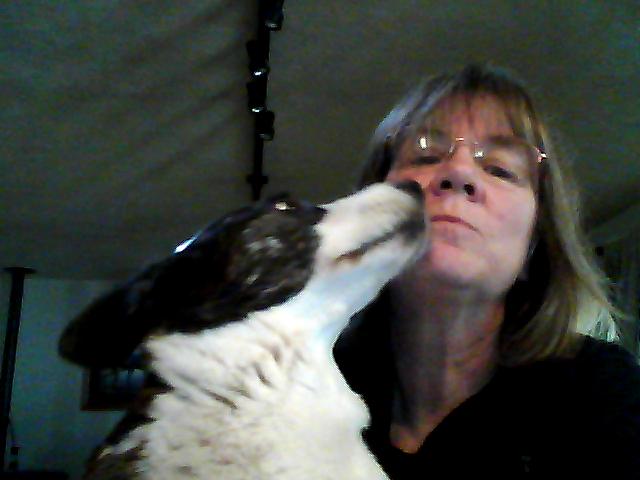 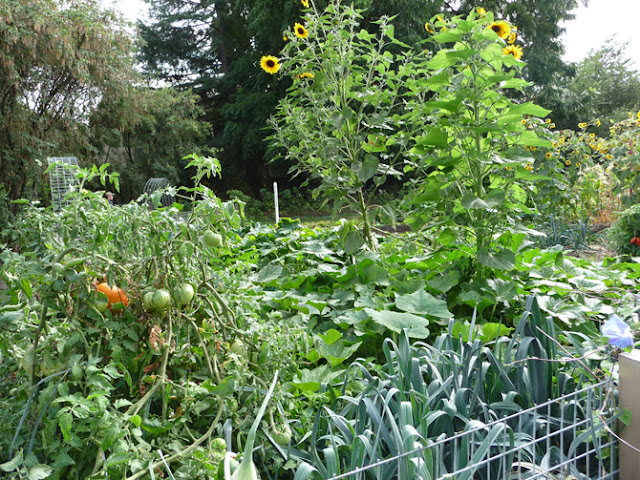 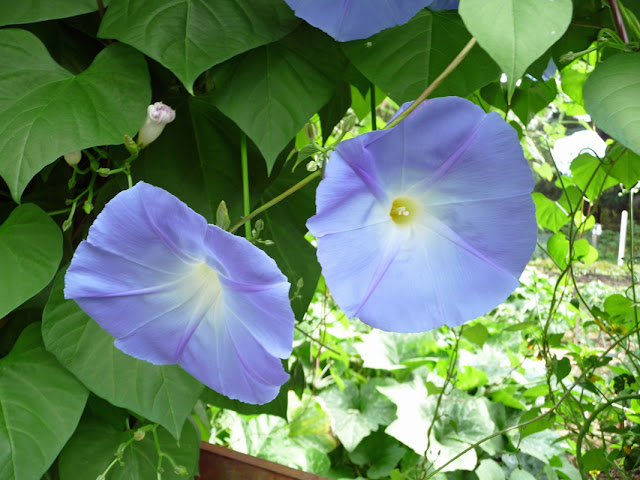 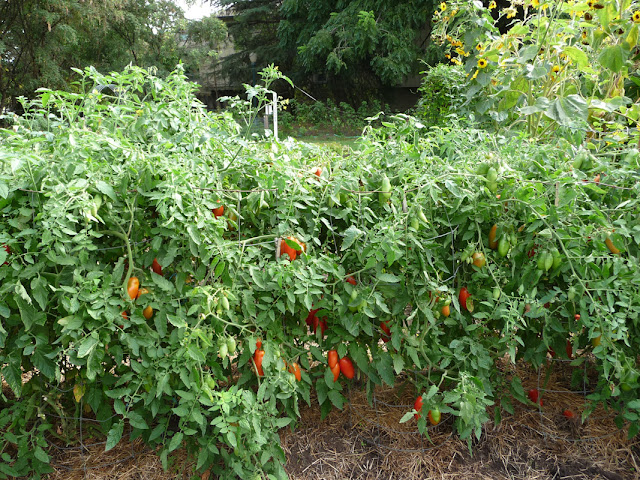 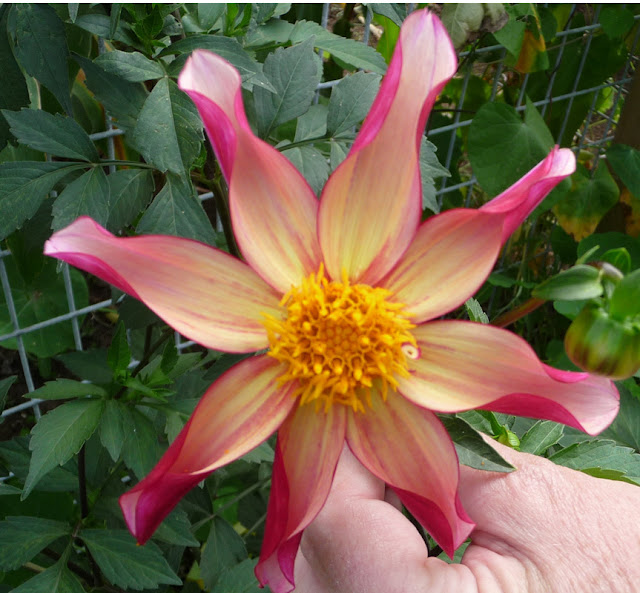 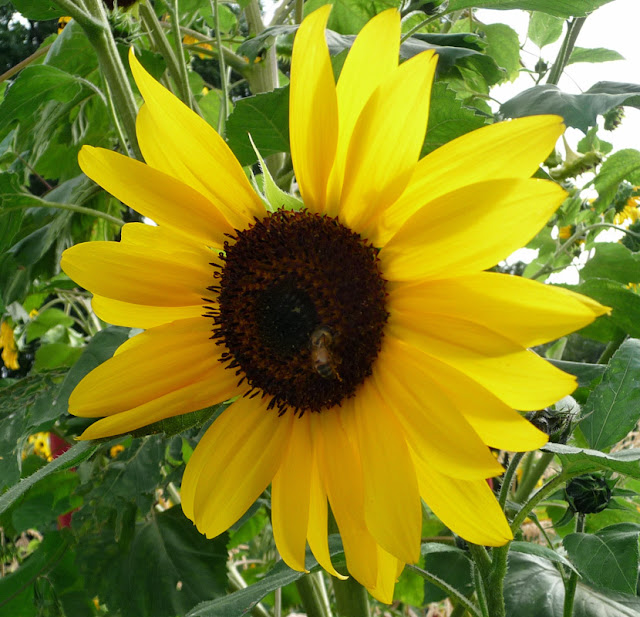 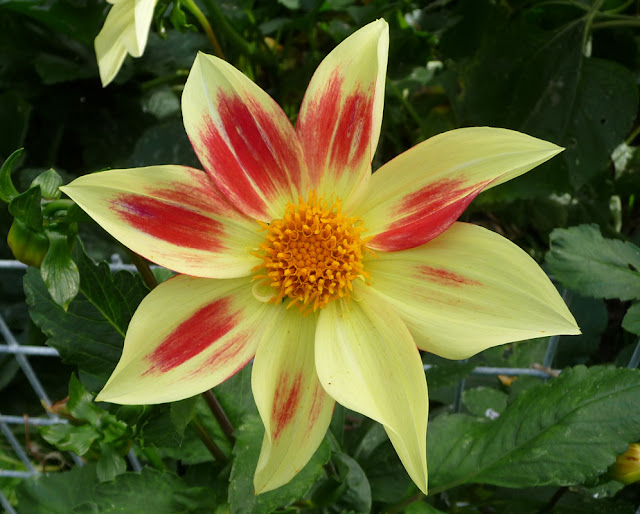 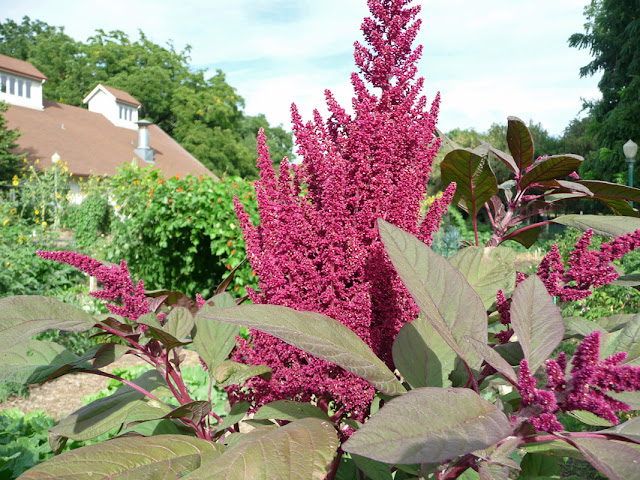 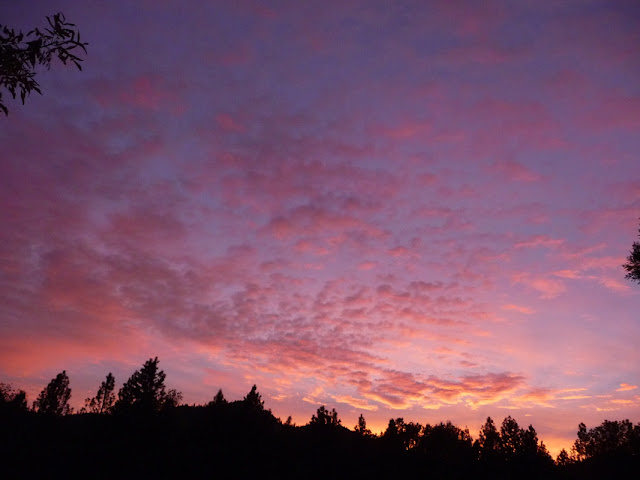 Like when we enjoyed the pretty sunset Wednesday evening.
But then . . . it's supposed to be 103 today.
Labels: home, Oregon