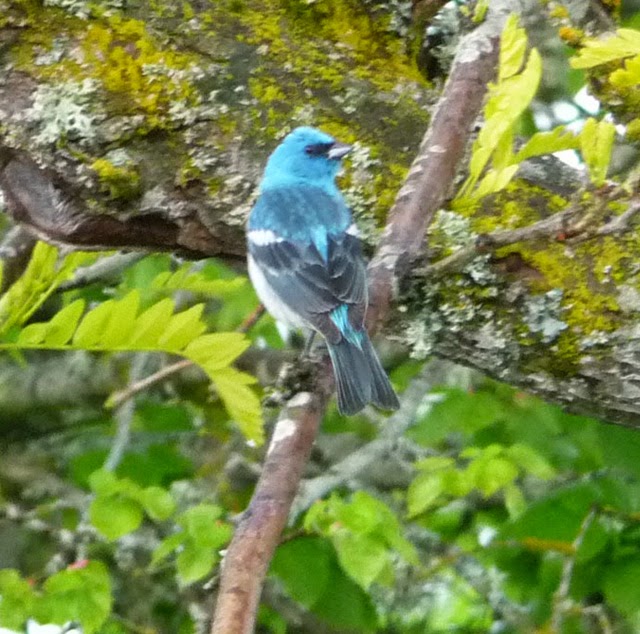 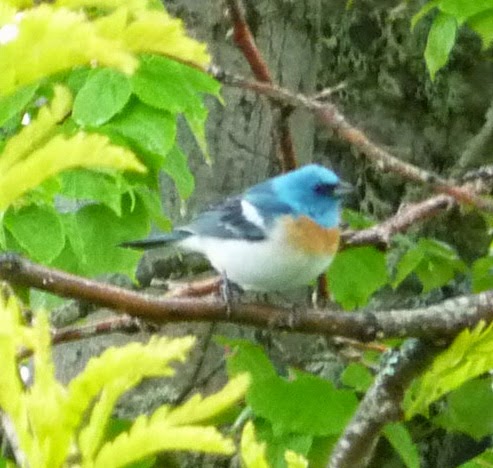 May the bluebird of happiness . . .

Unusual for us to see at the feeder.  The birds don't seem to mind the rain, but will someone please tell the weather gods to read the calendar?

Time to drive back over "the hill" to the dog show. It's a short road-trip, only 1.5 hours, but a pretty one. Here are some commute pictures from yesterday morning. 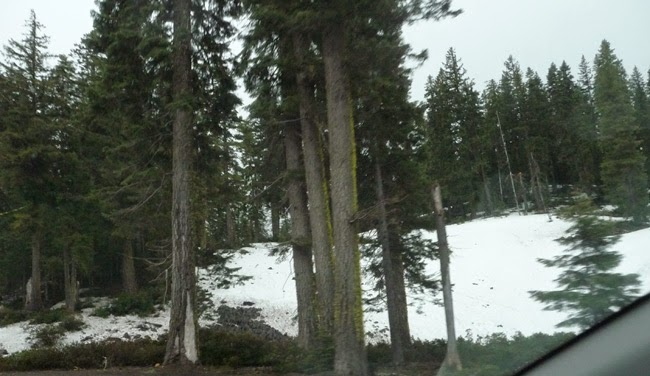 Still snow near Fish Lake and Lake of the Woods. 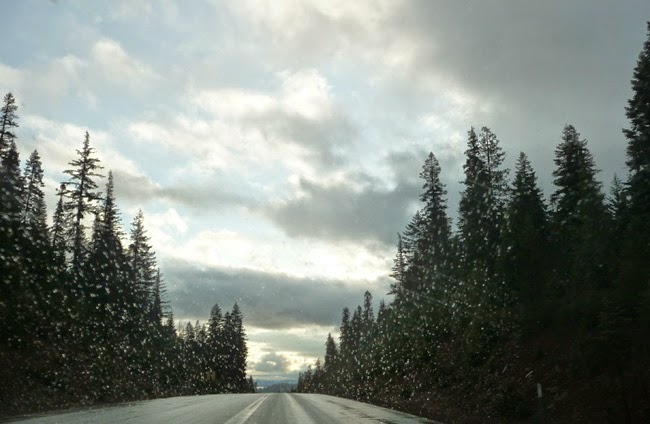 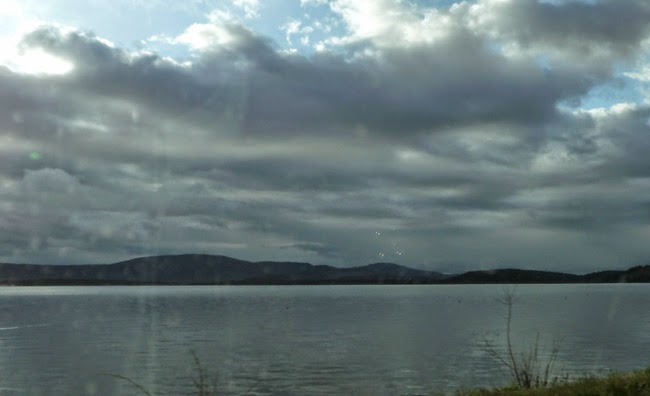 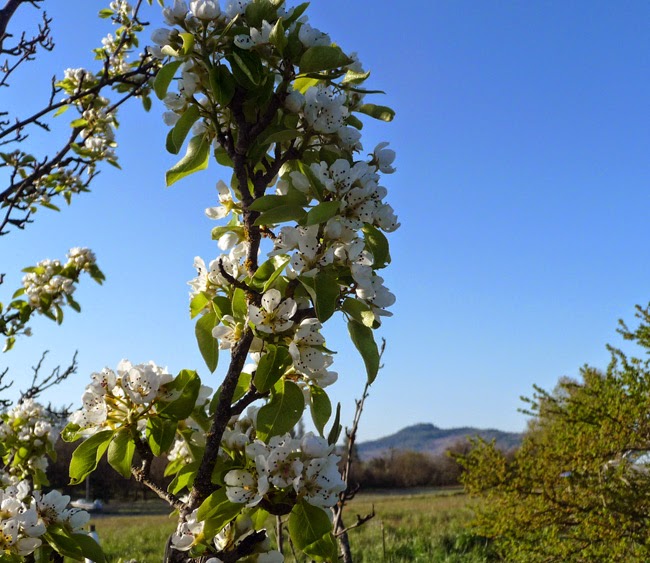 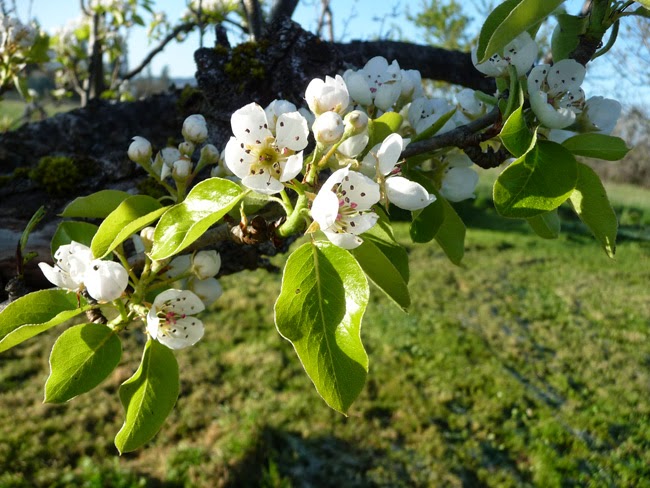