One of our favorite leisure-time activities has always been "going for a ride". Yesterday after I finished up a couple of minor programming projects we loaded Alice and Molly into the Element and ventured out of the valley. This time we found ourselves up at Crater Lake National Park. 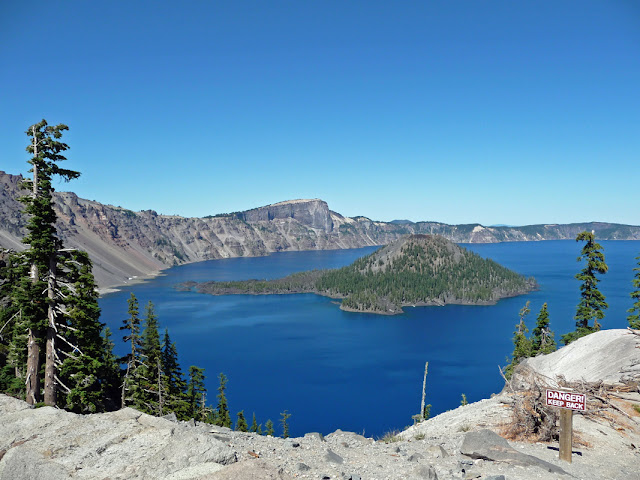 This is one of the more standard views of the lake, taken from near the start of the rim road, just outside of the village.  Wizzard Island is prominant.  Note the "Keep Back" sign. 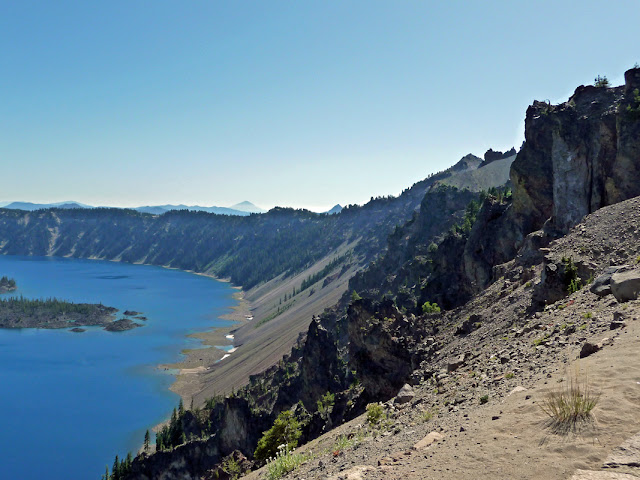 This shot of the caldera shows exactly why the signs exist. Notice also that there are still a few patches of snow, even this late in the season. 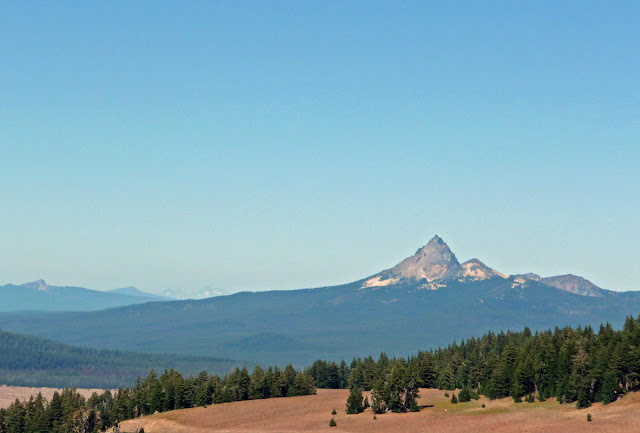 Turn around and see Mount Thielsen to the northwest. 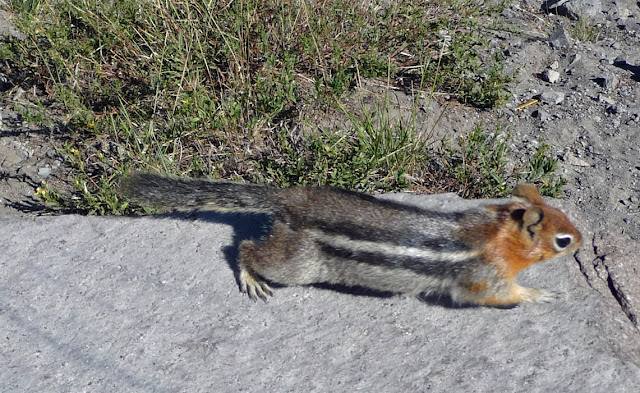 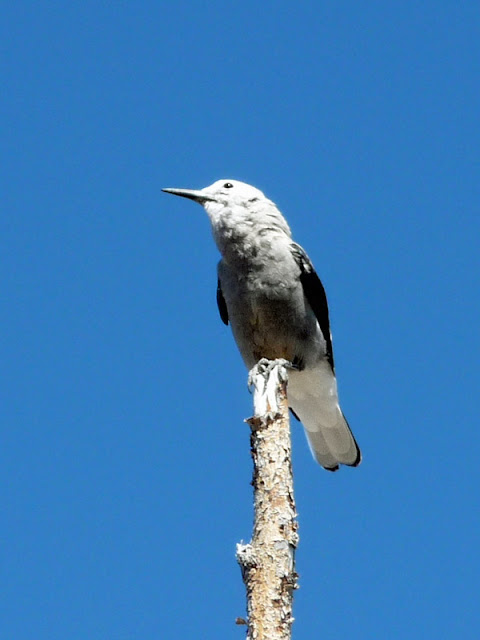 And a gray jay. 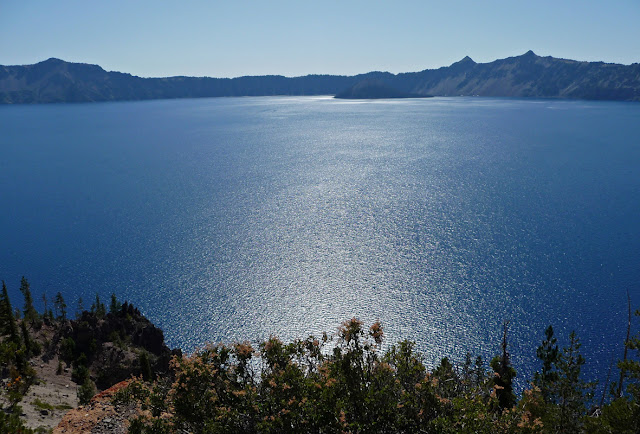 Wizzard Island from the other side of the lake as the afternoon grows later. 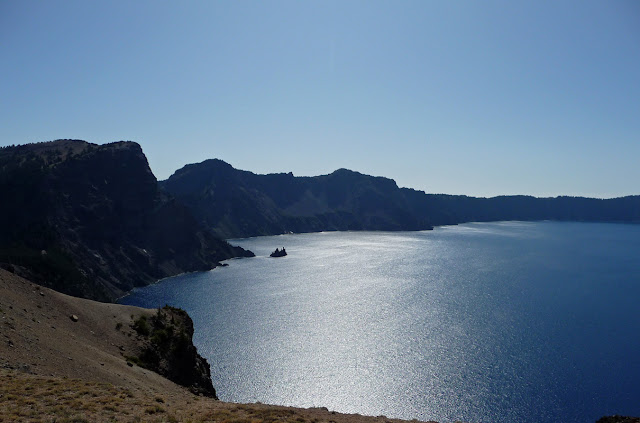 The smaller island is called "The Phantom Ship". 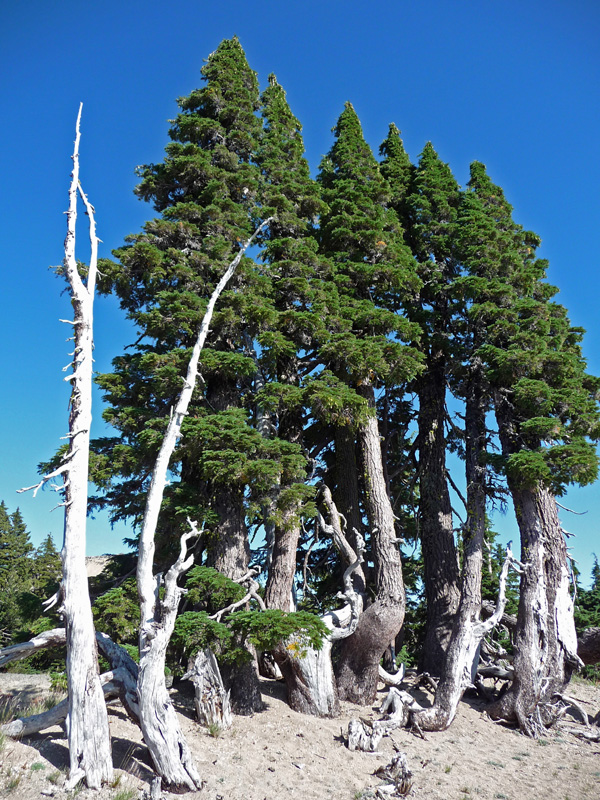 White-bark pines at the high point of the rim on the east side. 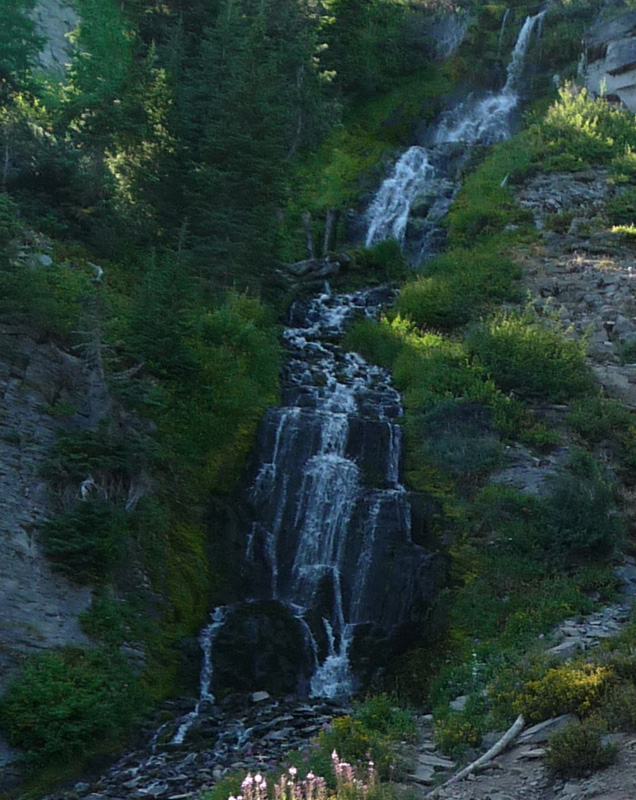 Peaceful waterfall down the back side of the rim.
Labels: Birds and Wildlife, Oregon, Parks and Monuments

It's official. We have now been married (just over) two-thirds of our lives.  I posted pictures last year which showed what kids we were, so I didn't dig out more this year. 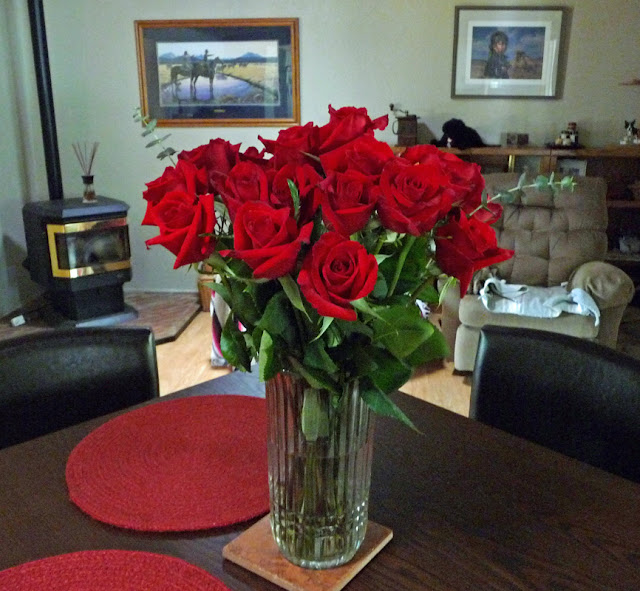 I took the day off work today. We just got back from a nice long walk with the two boys (Huxley and Pilot) and then proceeded to have a turd-colored-family wrestling match.  Molly and Alice were not happy about being left home. 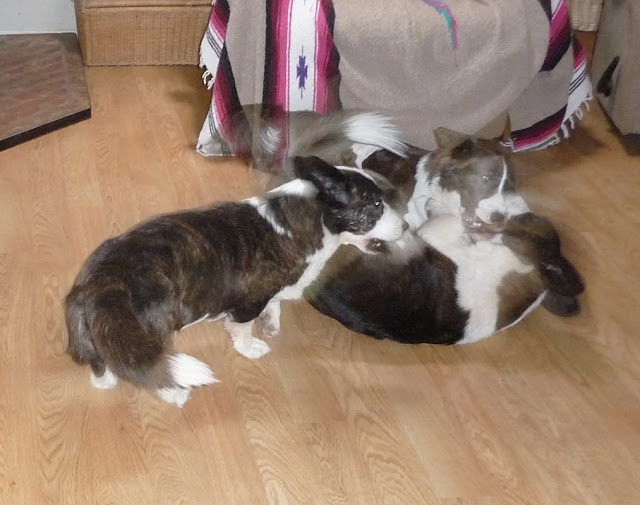 (I think the motion in the picture is actually kind of cool.)

This evening we're going down to Ashland for dinner and then a play: Don Quixote on the Elizabethan stage. Morning clouds over the upper valley and the southern Cascades on my way to work. 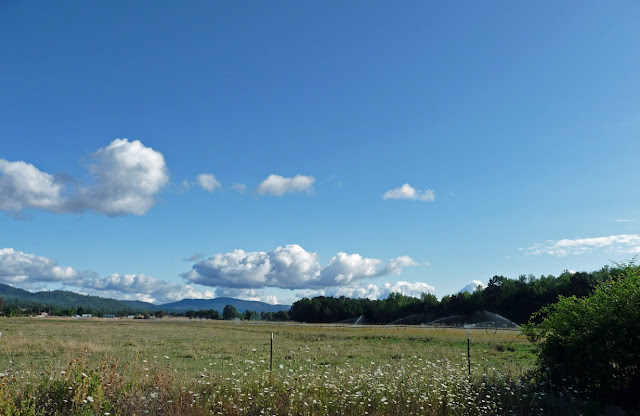 This week has been perfect summer weather: not too hot.  If only it could always be this way. 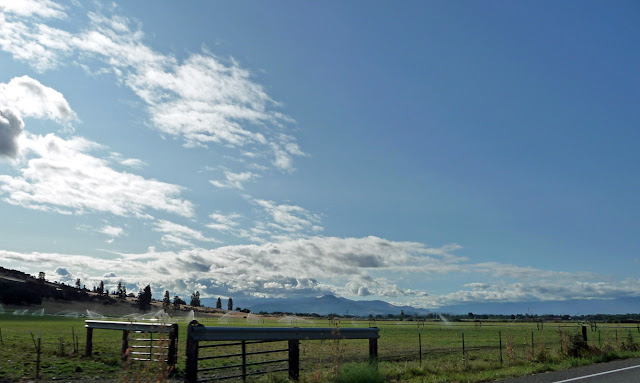 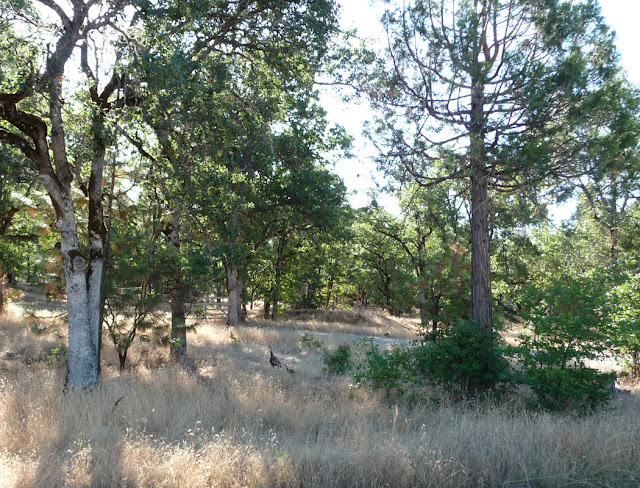 There was an open house and BBQ for the neighbors last night at the new winery up the road. Thank you, Scott, Lorraine, and all for having us. You can see that there is still work to be done on the landscaping, but the view of the valley toward Medford is spectacular nevertheless. 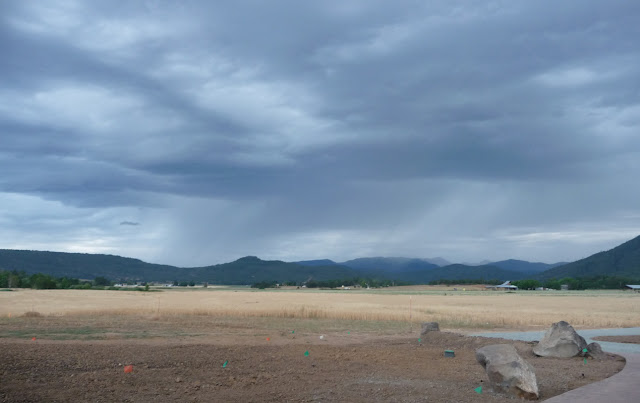 We departed for home (view of which is blocked by the rise in the picture below) just as another thunderstorm was coming into full force.  Thankfully I did not get struck by lightning as I opened the gate and we got in before the torrential rains hit. 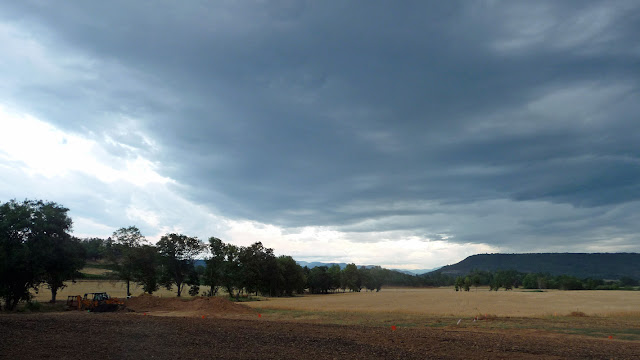 Today the weather has broken and it feels like fall outside.  I know that it won't last.