Early Morning on the John Day

At LePage park at the confluence of the John Day and Columbia Rivers. 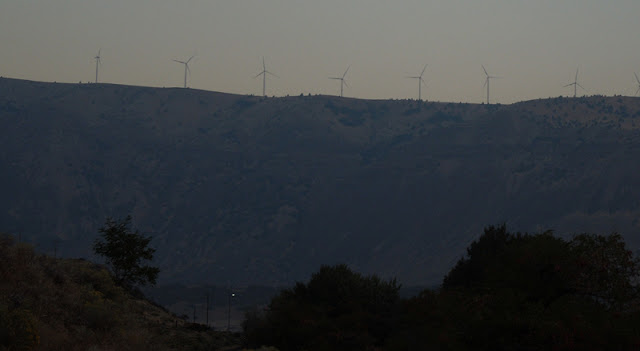 Windmills across the Columbia in Washington 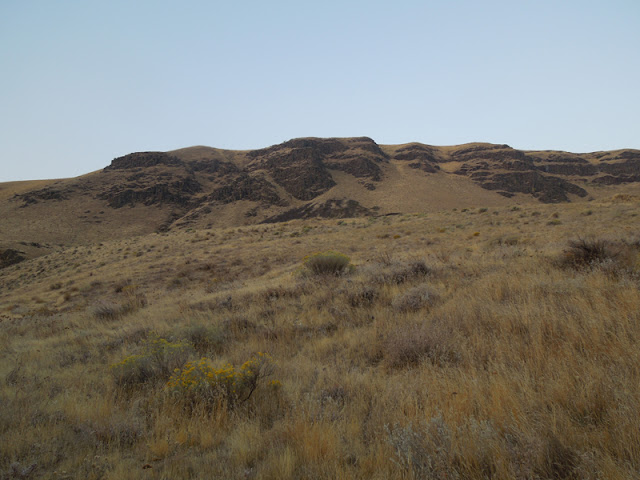 A neighbor said that there had been mountain goats out yesterday, but we didn't see any this morning. 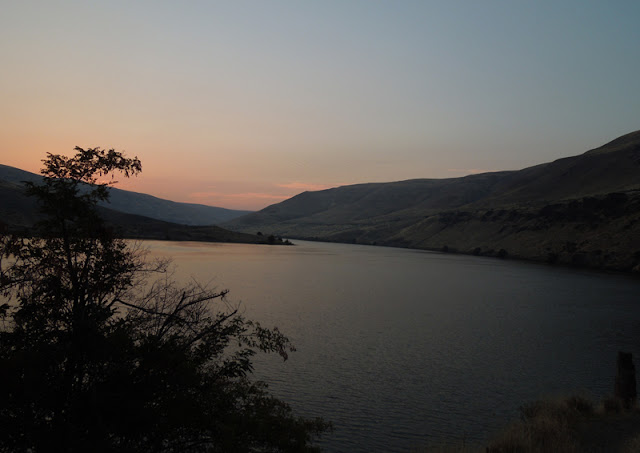 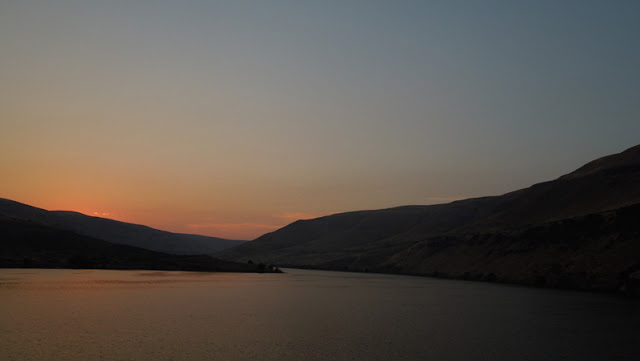 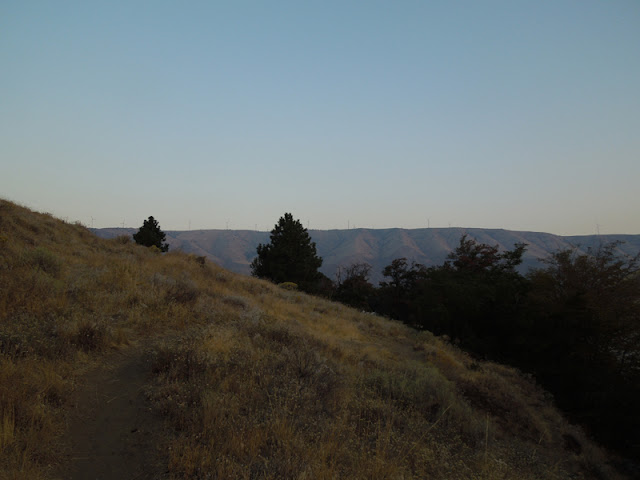 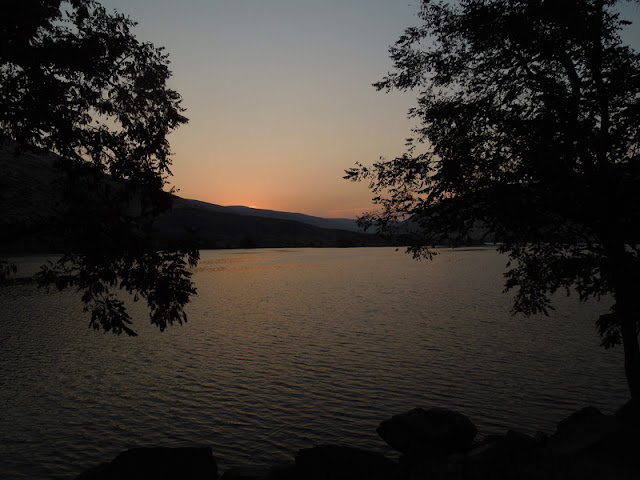 Who exactly was the brilliant campaign strategist who decided to send this message to the AARP? "We are going to stick it to you seniors, but who cares you're getting old and will kick off soon anyway." The reaction makes me proud to be an AARP member.
Labels: News and Politics 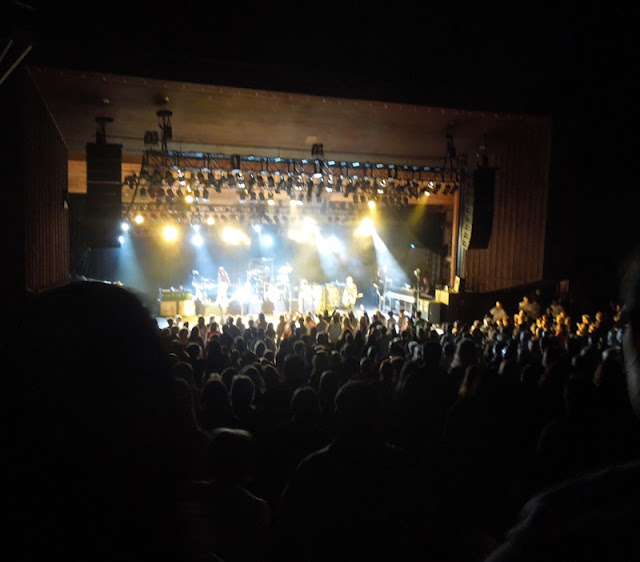 For my Fifty-tenth birthday last night (or as Jamie said my second 30th birthday), Tom got us tickets to see the rock group Heart at the Britt.  It was a sold-out performance and we weren't able to get reserved bench seats, but did manage decent blanket seats due to being members. 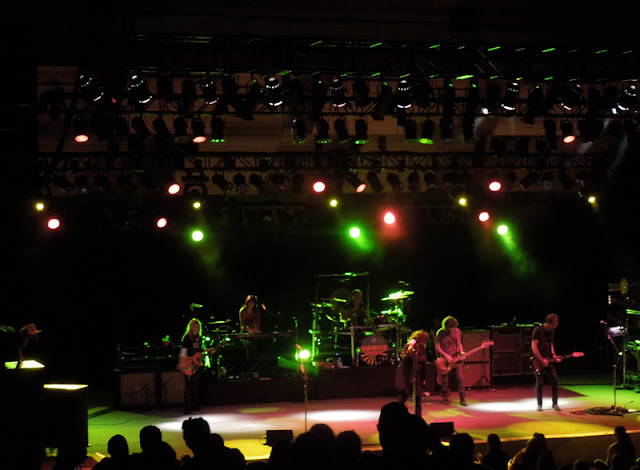 I'm afraid that Tom isn't quite as big a fan as I am (and also doesn't so much enjoy sitting on the ground) but he was a good sport.  And we had fun watching the two couples on the blanket in front of us.  One guy was 50-ish with a date about 20 years younger.  The other was . . . mmm . . . late 40's with a "does-your-mother-know-you're-out-with-him?" aged date.   He spent the night showing off to her, including consuming a six-pack of Corona then starting on beers from the concession. 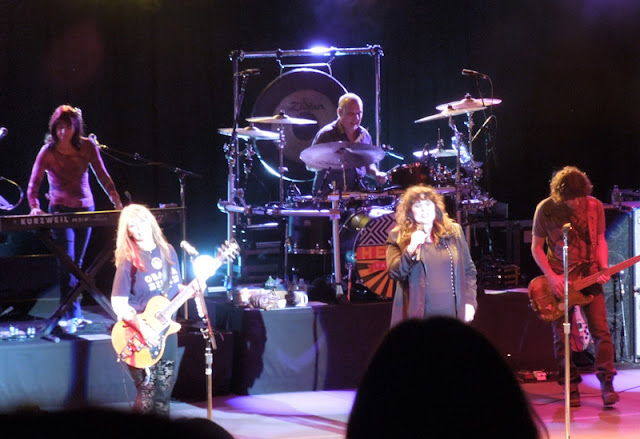 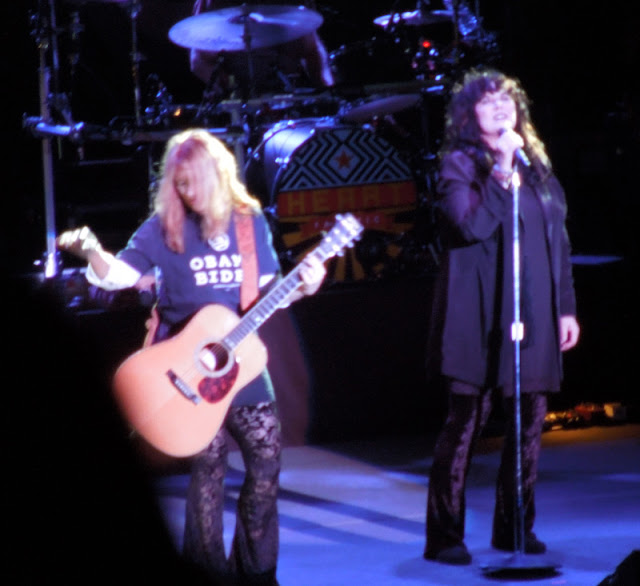 I approve of your t-shirt, Nancy. 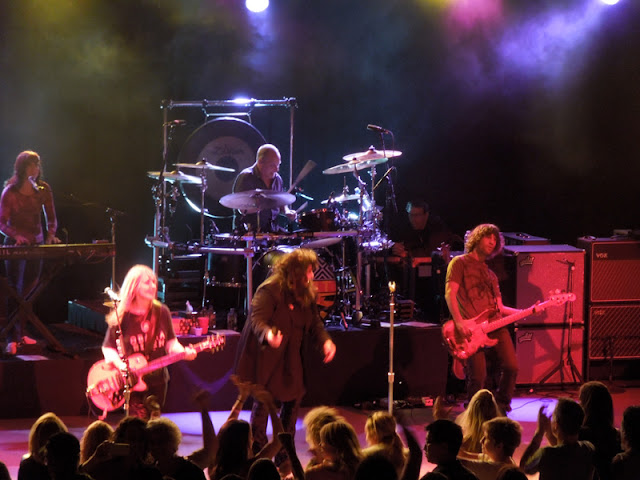 Now take away the S.  What's it spell?

We have seen two plays at the the Oregon Shakespeare Festival this month: neither of them Shakespeare, both of them recent history.  "Recent" defined as being within our lifetime.

The first was All The Way, as in "with LBJ".   It is a story about that period of time between the assassination of JFK and the 1964 presidential election when Johnson was both president by default and running for the office on his own.   Principally it deals with the passage of the Civil Rights Act of 1964 and the deals that were made for the cloture vote to end the filibuster of the bill.   This marked the defection of the southern Dixiecrats from the Democratic Party.  We are old enough to have been politically aware during this period, and the characterizations and language brought back memories.  Martin Luther King was there, as was J. Edgar Hoover, Strom Thurmond, and Everett Dirksen of the great booming voice.  There were items which we were not aware of: like the fact that the deal to pass the act included water for Nevada and Arizona.

Well worth seeing, and from the comments from the young people sitting in front of us a period in our country which many could benefit from learning more about.

Words cannot describe.  When the play was over, the audience filed out in utter silence.  We did not speak until we reached the parking garage, at which point Tom mused that he was surprised the play wasn't censored by the government.

On the surface, it is about a reunion of Black Panther and Young Lord activists from the 60's and 70's.   They are brought back by a nephew of a Puerto Rican Young Lord (Jimmy AKA Primo) and a "Panther Cub" (Malique - sp?).  The story is told in song, dance, and poetry.

Once again, it brought back memories: "Hey Hey LBJ, How many Kids have you Killed Today?"

It has set thoughts to bouncing around in my head.

The Revolution Was Televised . . . but was it a success?   Are things better now than they were at the end of the 70's?  We have even more disparity now in the classes and in wealth distribution.   The public education system has been crumbling since that time.   Look at the unemployment numbers, especially of African-American males.

In 2008 I had hoped we now lived in a new post-racial society.  Instead it appears that there is more animosity toward those who are "different".

Possible answer: drugs.   That begs the question: is the "war on drugs" real?   It is in the best interests of those in power that the lower classes be kept . . .  busy.  Disengaged.  Uninvolved.  Uneducated.  Disinterested in voting.   The "opiate of the masses" is not religion but is truly opiates (heroin) or other drugs: meth, "bath salts", take your choice.   Is this why we still lock up offenders, taking them out of society, rather than spending less overall with treatment programs?

It bothers me that the action taken by so many those decades ago and the sacrifices they made have made so little difference in the long run.