We got a slow start yesterday, with Tom spending several hours doing phone support for a customer who shall remain unnamed. When your computer doesn't come on, look for the obvious first. Like that the on/off button is a little cockeyed and not making contact with the true switch below it. Do not take the computer over to a work bench and plug it in and see that it still does not have power, not noticing that the breaker is turned off and nothing has power on that outlet. Then especially do not take it apart and remove the battery from the motherboard to check its voltage. Removing the battery from the motherboard will make your computer lose its bios settings and become really stupid.

We lost another 15 minutes when the little switch did not make the trailer lower onto the ball on the hitch. That was just a corroded connection that sandpaper took care of. Both truck and trailer batteries were replaced last week as both were dead. 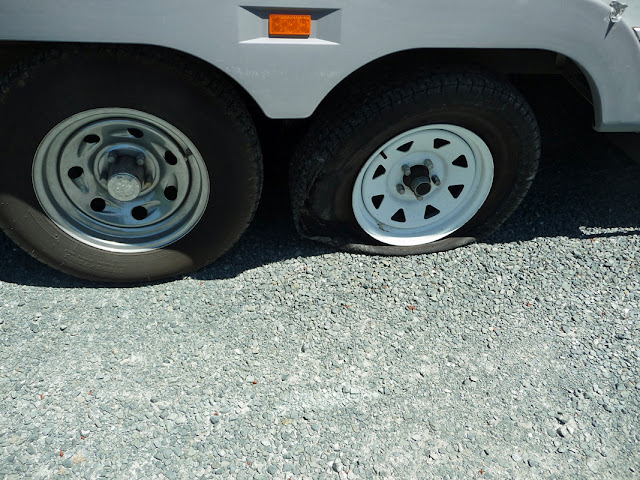 But looking on the bright side, the loud startling bang happened right in front of an RV resort. 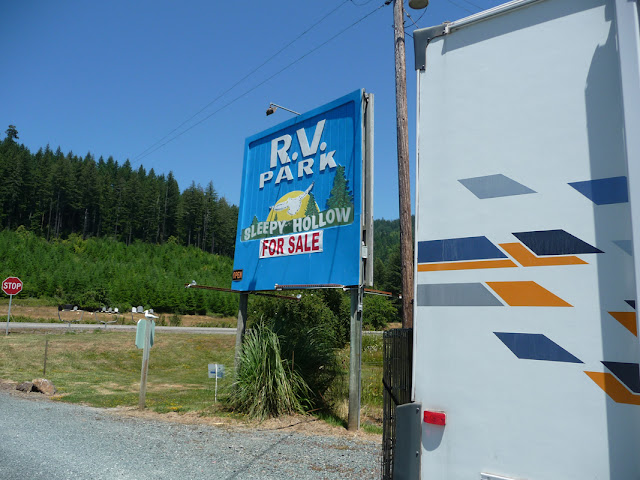 Which is for sale if anybody is interested. Around 6 acres, mobile home and rv spots, river frontage, $470k. The owners moved back to Florida (too cold in Oregon!) and the managers are very nice and helpful people.

We didn't make it into Bandon in time to get dinner at the blue shack, so we tried out Tony's Crab Shack. Some jerk in a big truck deliberately ran over one of the well-fed seagulls who was trying to cross the road as foot-traffic. 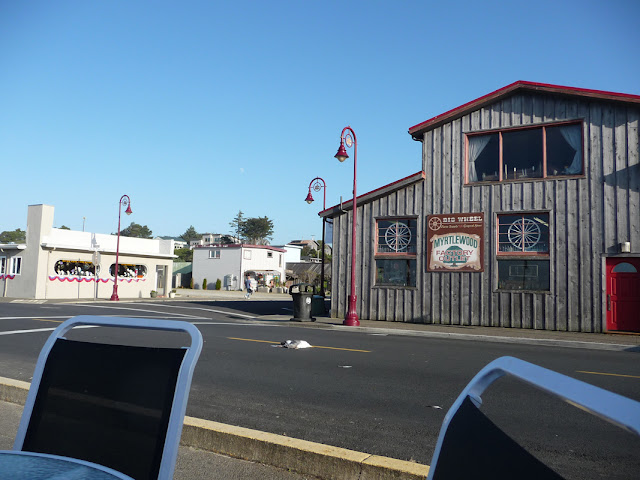 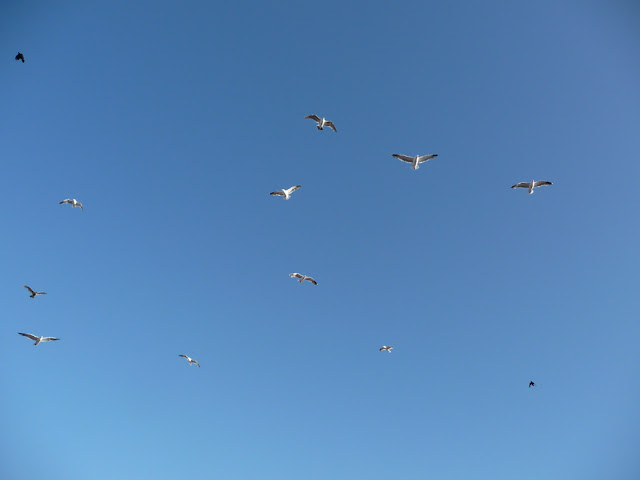 Some jerk in a big truck deliberately ran over one of the well-fed seagulls who was trying to cross the road as foot-traffic.   Suddenly the sky was filled with the deceased bird's family. I didn't pull out my camera quite in time so they were starting to disperse.

And this morning . . . the coffee pot wouldn't come on! Fortunately Louise and Gary had a pot. Going to the beach shortly.

With any luck, there won't be a tsunami warning.
Labels: Birds and Wildlife, Computers, Food and drink, Oregon, Parks and Monuments