And Ice Fell from the Sky 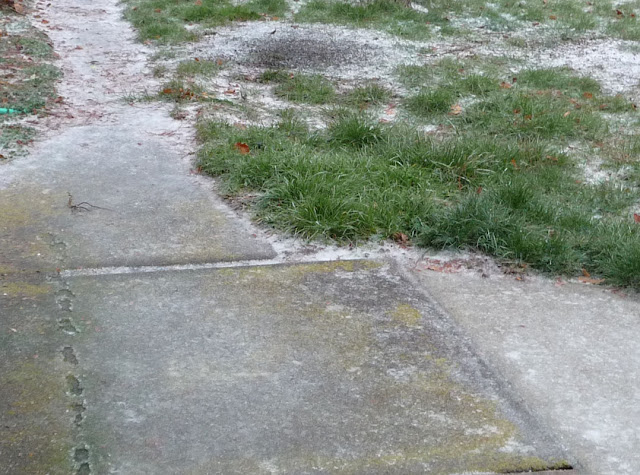 No, not snow. Ice. This morning the ice is still here as it hasn't yet been above freezing. But 27 is better than 6.
From the Medford Mail Tribune this morning: Icy conditions cause chaos.
"Southern Oregon Regional Communications, which dispatches for all areas in Jackson County outside of municipalities, reported about 20 accidents between 3 and 8 p.m. Friday, none of which were serious.
"The Medford Fire Department responded to about a dozen accidents during the same time period. All were believed to be caused primarily by the glaze of ice on the roads.
"Five to 6 p.m. seemed to be a very, very busy time for everybody," said Medford fire Battalion Chief Fred LaBrasseur on Friday. "The county was sending people on car accidents all over the place."
And of course I have a car which weighs about 150 lbs. Ok, I guess more than that we me and Huxley inside. 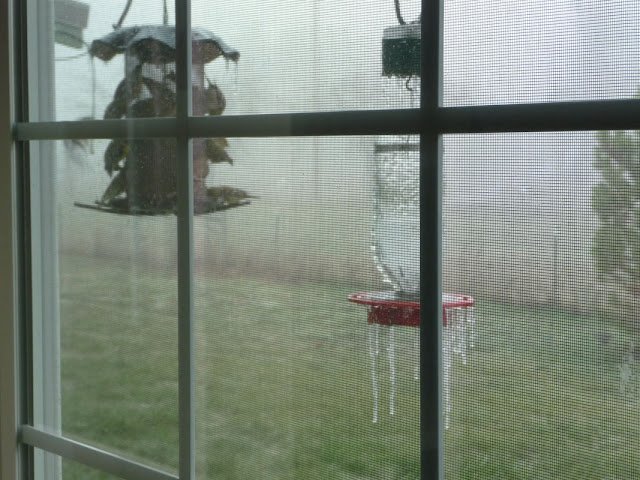 The finches are doing ok, but I think that the humming birds left.

And look: oh goody.  The fog is back.
Labels: Birds and Wildlife, home, Ocean