It was suggested that it might be a good idea to post before more people phone to make sure I haven't died.
Tom says that "It's like a merry-go-round", which is true.  You go up and you go down, and it seems that you are going in circles but at the same time always traveling forward. 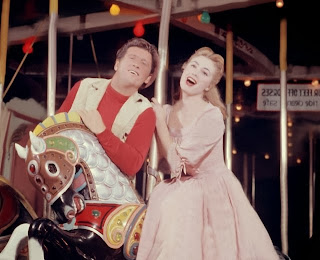 Re-enjoyed Carousel not long ago.  It's such a favorite of mine.
At least for the music, if not the story-line.


When we last left this intrepid explorer of the Medical System, it was a a few days after having an ERCP with a stent placed, and a day after having the top tube for the seroma relocated slightly.   That tube drained a little more then slowed down again a day later.  On the other hand, the bile drain was still filling (100 cc's) every 12 hours.   No difference at all from pre-stent, which was discouraging.

It's almost difficult to put some of it in order a week or so later.   I stayed on oxycodone as the pain from the top drain was excruciating.  Dr Bose explained that he had gone through rib cartilage in order to place it.   He is quite young and much better looking in person than he is in his professional picture.  Why are so many doctors younger than my children?

Oxy and pain notwithstanding, I managed to drag my sorry butt to work every day.  On Monday the 23rd my newest try-at-an-eventual-replacement started, and I do believe that this one might stick.  It's so nice to have someone I don't have to explain every entry to.  I don't have to explain each step of opening a spreadsheet, inserting a line, and recalculating the totals.   On the last hiring round I actually used that as a test.  When every applicant I tested failed, I gave up.   Elizabeth is a quick learner, quiet worker, and has a sunny personality that gets along with everyone.  She is also a Philippinna, and I hope for one of her native dishes at our holiday potluck in December.  And best of all, she has complimented my software several times (how to make friends).  There is still a long learning-period that is specific to the industry and the particular business, but my original deadline of next December should be easily accomplished.

Back to medical procedures.  A week later still no decrease in bile flow, so Dr Kuo scheduled a second ERCP with Dr Jacobson (at least he's not younger than my children).  No hours were available at Providence where my other procedures have been, but he agreed to squeeze me in at Rogue Valley Medical Center Thursday morning at 7:30 before his office hours.  We had to check in (a good half-hour drive away) at 6:30 a.m. 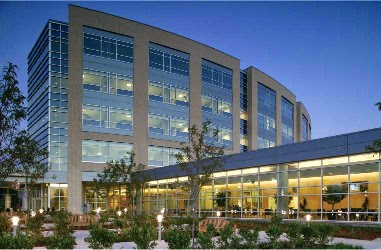 We hadn't been to RVMC in several years, and my has it been remodeled and . . . is "upscaled" a word?  It should be.   The lobby is carpet and glass and polished steel and most resembles a high-class hotel.  There is valet parking.  Of course the valet parking is not available until later in the morning.   As we search for a parking place, we find that all of the parking near the lobby is marked "Valet Parking".   So rule-followers that we are, we parked out in the hinter-lands and the poor sore person had to walk in.   And back out.   And, if you can believe it, I got to work at just after 8:30 a.m.   Maybe I was a little drunk but I was there!

At 12:00 we arrived at Providence for another sinogram for the seroma.  Whoever scheduled that lost our vote of "employee of the day" as we were instructed to be there at noon.  Tom even called Dr Kuo's office to double-check the time.   So we got to watch people go in and come out, and go in, an come out. People-watching.  I was amused by the older couple (relative to us) where the wife said "I sure like that propofol" with a smile.  I agree: it's my favorite too. 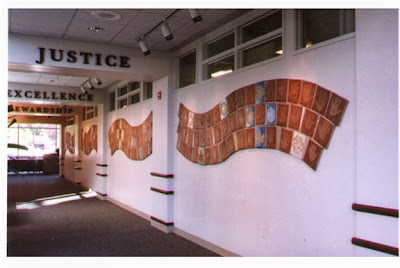 We've passed this wall several times a week for the last month.

The seroma had shrunk more, but still not enough that Dr Bose felt secure in removing the drain.  He himself scheduled another appointment for Monday, his only day at Providence this week.  He wanted to be the one who re-checked as he had seen it from the start.

It was suggested that we start flushing the tube three times per day (we managed two) and were provided with a few prepackaged syringes (screw on to tube) of sterile saline.  The tube was becoming clogged with dried gunk.   On Friday, Tom spent most of the day finding an additional supply of syringes.  He visited Black Oak Pharmacy, and was told that they were only sold by prescription.  Now I ask you: who on earth would order these to squirt cold salt water into themselves if they didn't have to?  It's not like it gives you a high.   It doesn't even have a needle so that it can be re-purposed, just the threads.  Back to Providence where he was able to get a script in the radiology department.  Once they could find prescription forms, that is.  Then he picked me up at work because I needed to go visit for some mommy-sympathy.  We went back to Black Oak first and dropped off the required form and then went to visit Mom in the half-hour quoted as the wait time.

Back to Black Oak well over a half-hour later.  They hadn't taken any of my insurance information, etc, so had not yet even started to work on the order.  Of course it turned out that the insurance company "DENIED" so we had to pay the total price.  Wait for it.  Ninety-one ($91) dollars for 21 syringes each with 10 cc's of saline.   That's pretty darn expensive salt water and hence you see yet another side of our medical system.

I worked at the day job Saturday and Sunday to get the dreadfully-behind invoicing and some balancing caught up before month-end on Monday. Elizabeth and I got the September books closed and the financial reports printed on 10/1.  Are you impressed?  I am.

Monday I had to take off some time in the afternoon for my third sinogram.   And joyous, happy relief, the top tube was able to come out!   There was just a little pocket left.  Dr Bose said that in one out of 15 people it will reoccur even at that size but let's hope that I'll be one of the 14 for a change.  It turns out that I was completely correct about the pain and I haven't needed or taken an oxy since Monday.

Meanwhile back to the real problem: the leak.  After the second ERCP, Dr Jacobson reported that he still couldn't see a leak but placed a larger stent anyway.  The hope was that back-pressure would be relieved and whatever was damaged would heal.  Or alternately that it was still just draining out the original pocket of fluid.  At a cup of day for how many days?   Sorry, it doesn't seem so likely to me.  I may not be a skinny person, but I don't think that I'm large enough to hide a gallon milk jug in there.  (A hex on anyone who disagrees out-loud or in writing.)   I have lost 10 lbs from the original surgery without dieting, however.

Discouraging.  No decrease from the 100 cc's every 12 hours Friday, Saturday, Sunday.   Then Monday when I got up there was only 40 cc's.  Somewhat promising?  Several mornings since have been even less, I believe yesterday morning was only about 5 cc's though the evening draining has stayed around 40 cc's.  Positional perhaps, and the backlog is mostly done with only newly produced bile being sucked out?  Or is it just getting gunked up (we have started flushing that tube as well).   Looking at the drain right now, nine hours since last draining, it seems that the flow has increased today and it may be back to the full amount.  It certainly isn't from activity as I sat here in my recliner all day.  Ok, shake it off.   Just watch The Ducks beat Colorado and don't dwell on it.

I saw Dr Kuo on Wednesday.  I really do like her, even though she ruined my life. 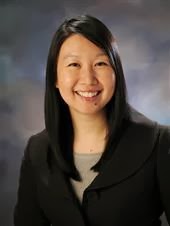 Dr Kuo said that if she went in trying to find a leak, that #1) it would be another open procedure, not laproscopic, and #2) that there was about as much chance of finding it as of finding a needle in a haystack. Would I mind leaving the drain in for a while in hope that it would heal on its own?   Uh, I have a choice when it's put that way?

Steps forward, steps back, and the merry-go-round goes round.   Newest backward step:  I have been battling fever.  Not emergency-room high, and more ibuprofen has been bringing it down. I have been chalking it up to body trauma and inflammation but after several days (well ok, a week) I was starting to be maybe just a little concerned and we checked with the doctor again.  I had blood drawn yesterday afternoon, checking for white blood cell count and to see if the ibuprofen is killing off my remaining innards yet.  Reports haven't hit MyChart yet (one part of the modern medial system that gets a "thumbs up").  My guess is that there may be a surface infection at the tube site, or at least it feels like there may be.

I have another CT scan scheduled Monday morning at 9 a.m. to see what's going on with the fluid backlog.   When it seemed so low on Friday morning, I was hopeful that the tube would be removed.  But looking at it now, maybe not.  Unless there is an infection in which case maybe it can be removed until it heals?  I know nothing.

Tom never signed up as a caregiver and this is as draining on him, emotionally and physically, as it is on me.  I cannot fathom how anyone who lives alone could go through this, even without four dogs to feed and care for.   I haven't even driven since the tubes went in almost three weeks ago, which means he has a minimum of almost two hours of driving each day.   Every once in a while I have a moment where I can't picture being 100% again, and I get  . . . well, probably more upset/angry/sad than scared.  But I'm not giving up yet!

Gary and Louise are going to come play for a couple of days later this week.  I figure if I'm well enough to work every day, I'm well enough to take a day off and play and go winery-hopping, right?  I think both Tom and I need a time-out.