Technically the Palm Canyon trail is only about 1.5 miles each way.  Make that two miles each way when adding the extra from the RV campground to the trail head.  Coupled with the daily dog-walking, my FitBit got really excited. 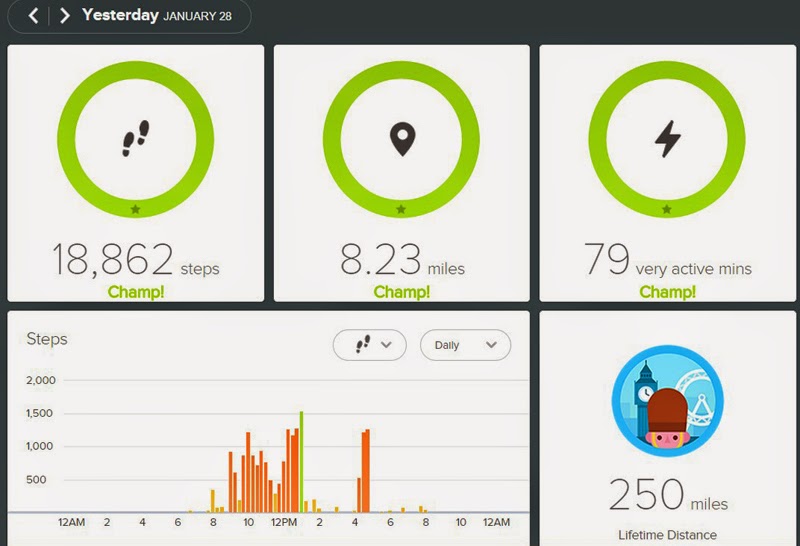 That was my best day since I first put it on my arm on November 30th.


A beautiful day: a few clouds in the sky, not too warm.  The sign at the trail bottom recommended a gallon of water per hiker.   That must have been for summer months as two liters each was more than we needed to carry.  Due to the amount carried, we left Tom's real camera at home and had only our phones for pictures.  Next time we will do that differently. 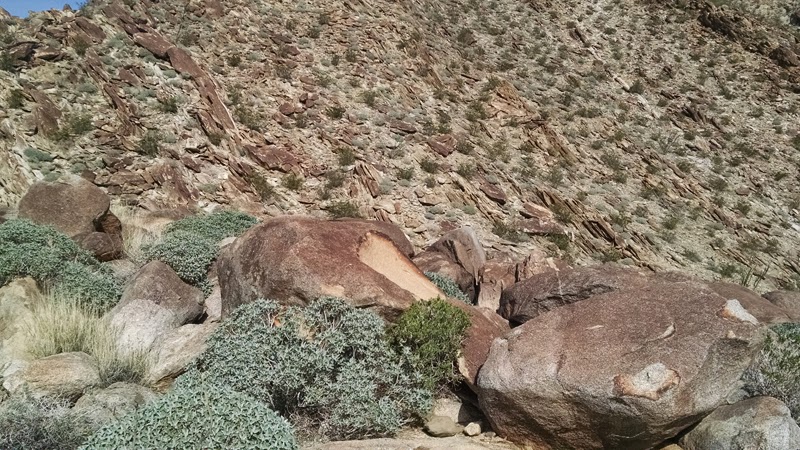 Desert varnish: the red and black colors in the rock are caused by a micro-organism. 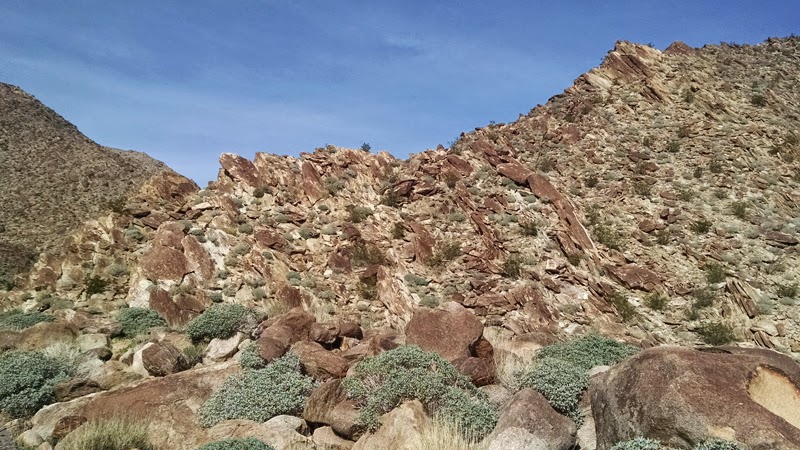 We hoped to get photos of the elusive Bighorn Sheep, but this time it was not to be.   They can generally only be seen if they move on the hills. 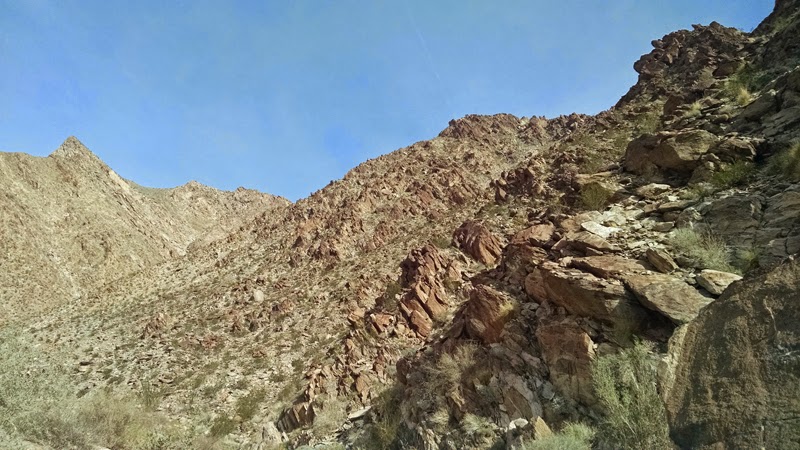 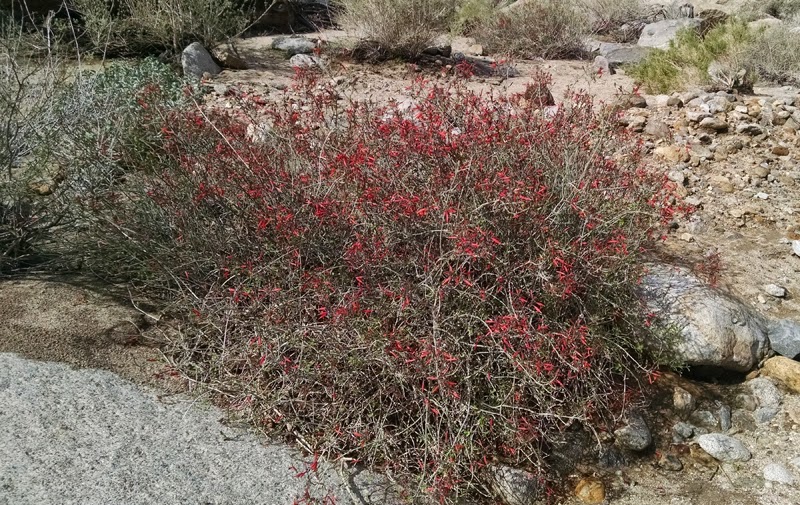 Cat's claw and honey mesquite along the trail. 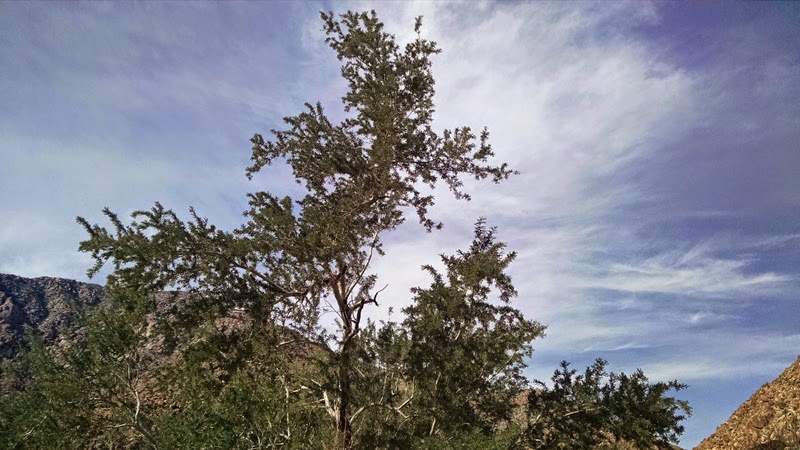 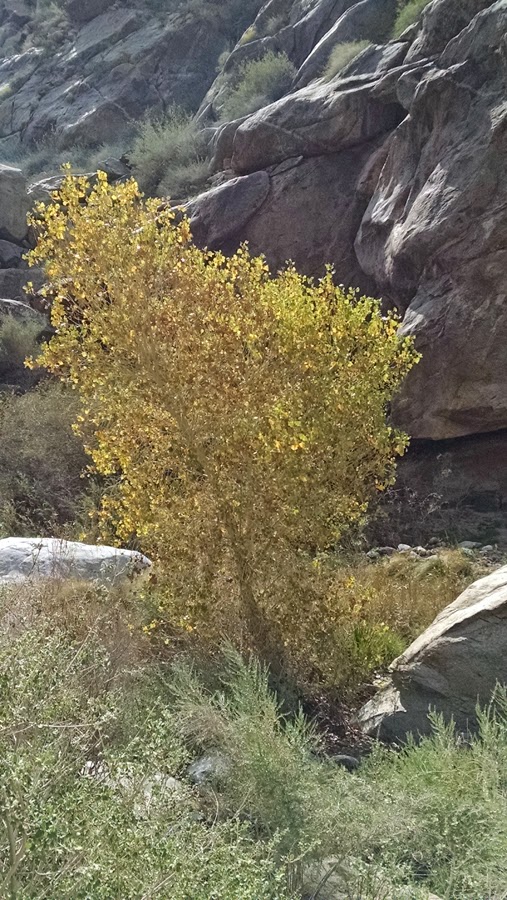 Even a few small aspens as we climbed higher. 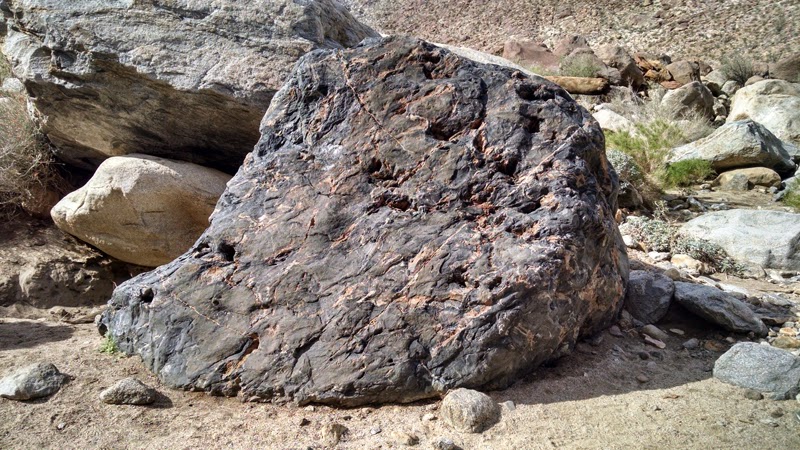 Many large rocks have fallen or washed down over the years. 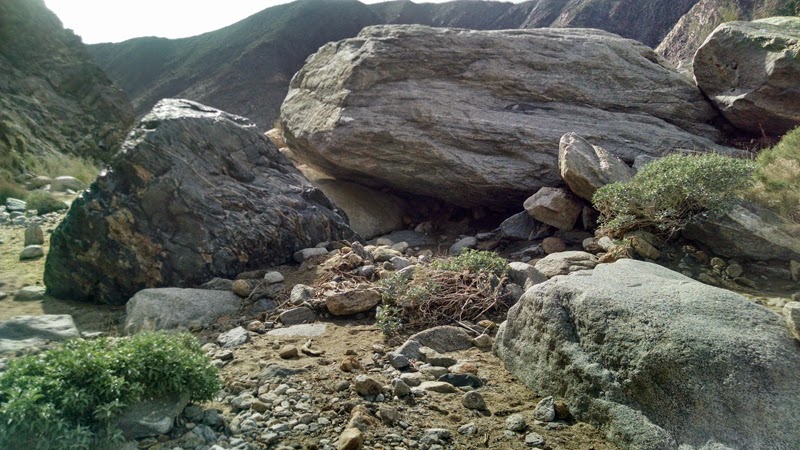 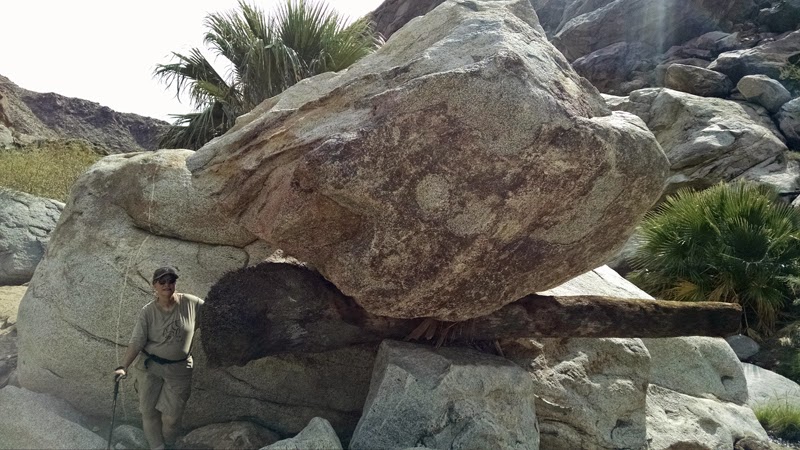 This rock landed on top of a palm trunk, the later most likely washed down during the September 2004 flash flood. 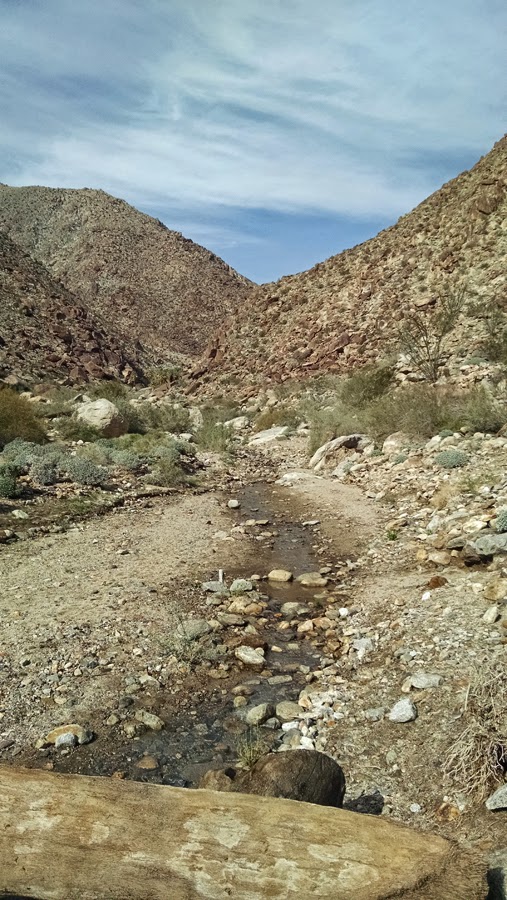 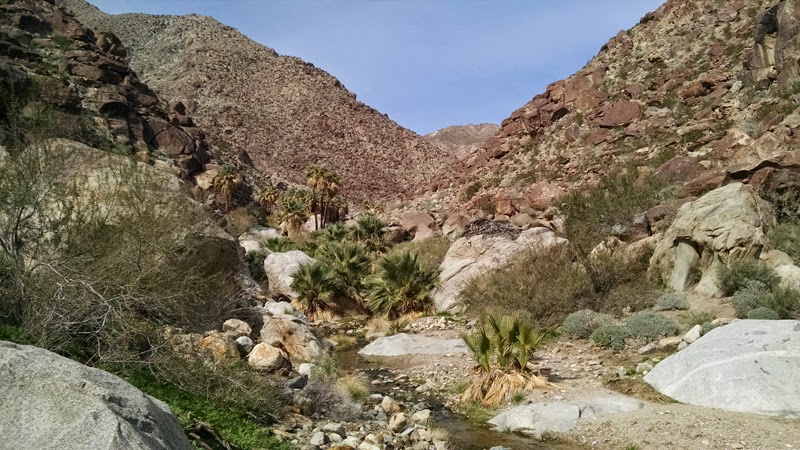 As we head up the creek toward the oasis. 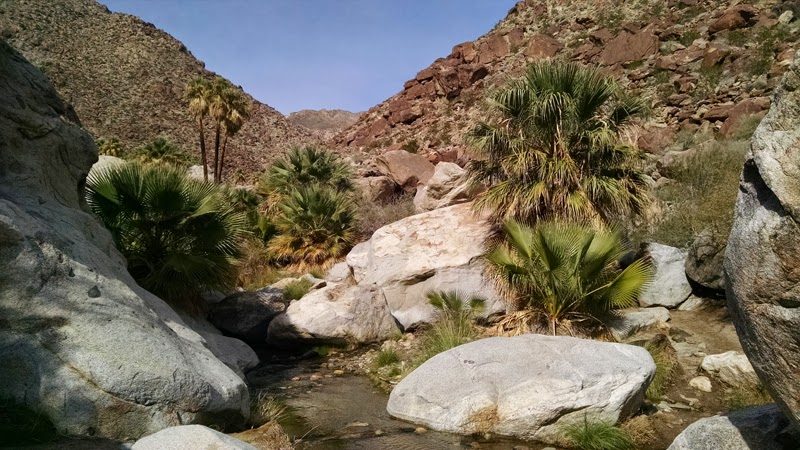 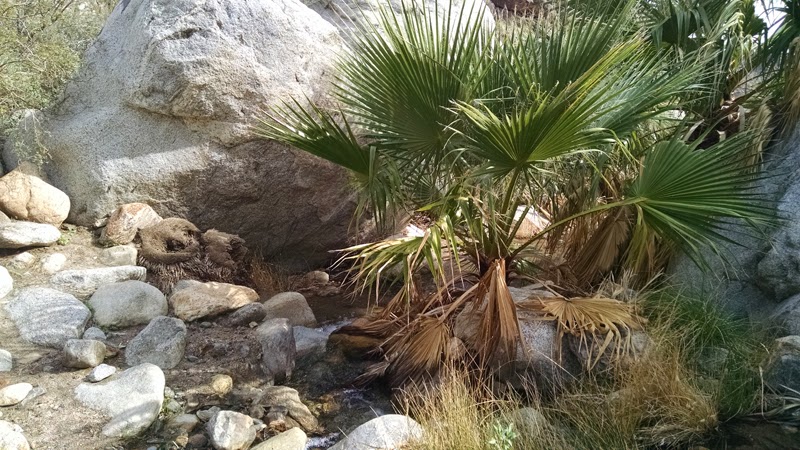 A young palm amid the rocks. These sentries promise more around the next bend. 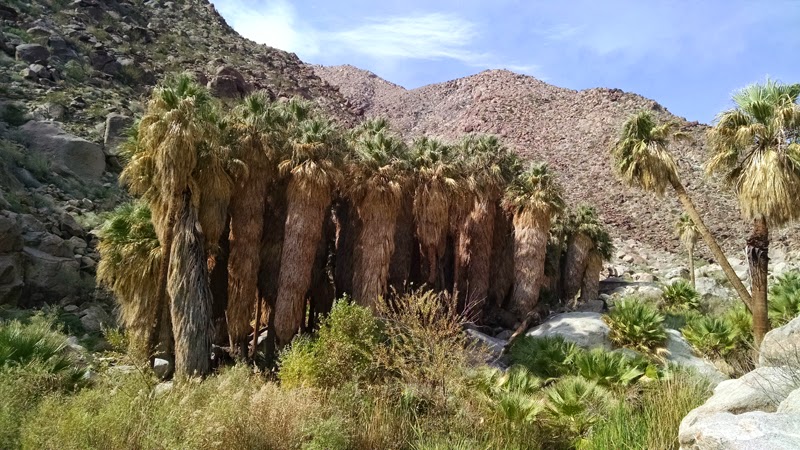 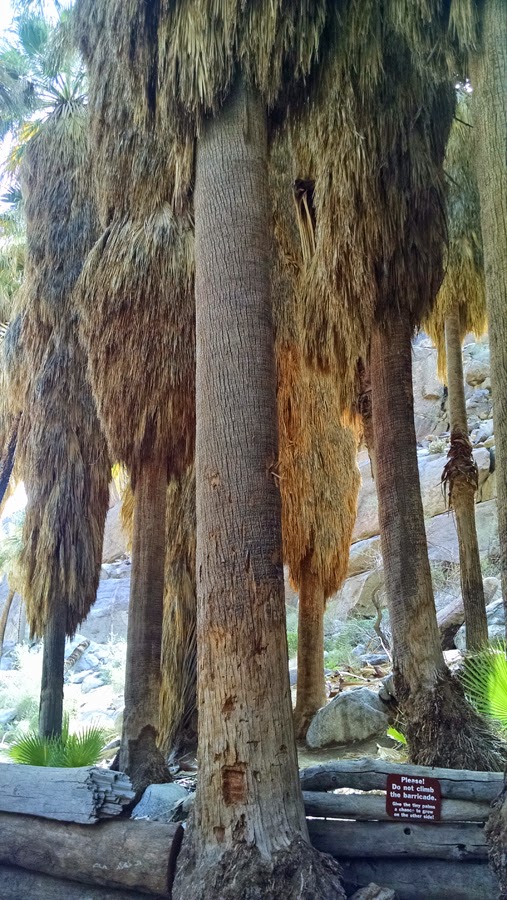 Signs ask you not to climb over the barriers in hopes that the young trees will have a chance to grow.   A large percentage of the grove was lost in the 2004 flood.  Of course there were some younger people on the other side of the barriers.  To be fair, I believe that they had missed the main trail and rock-scrambled above the grove then and circled back down. 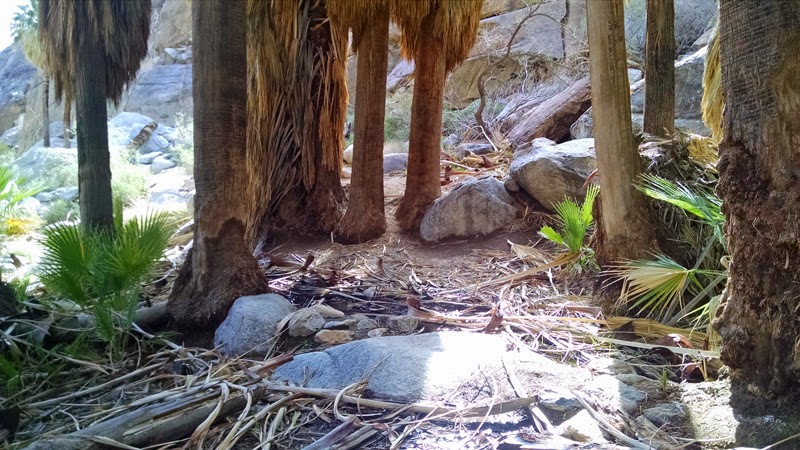 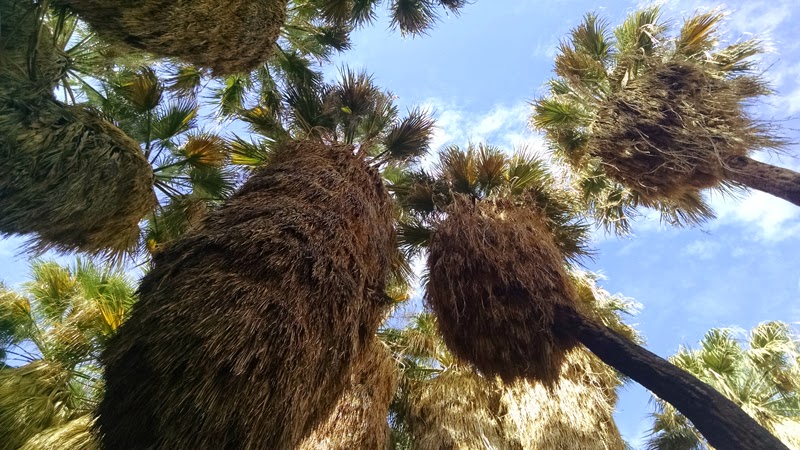 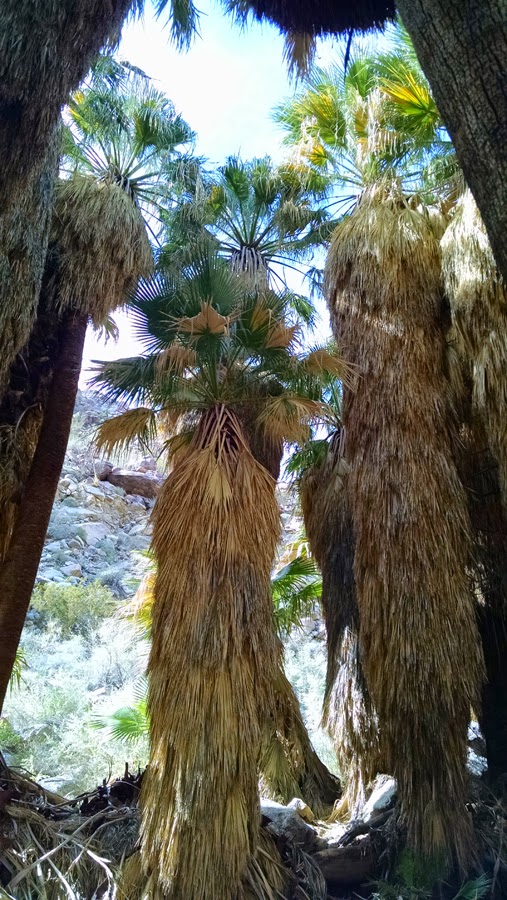 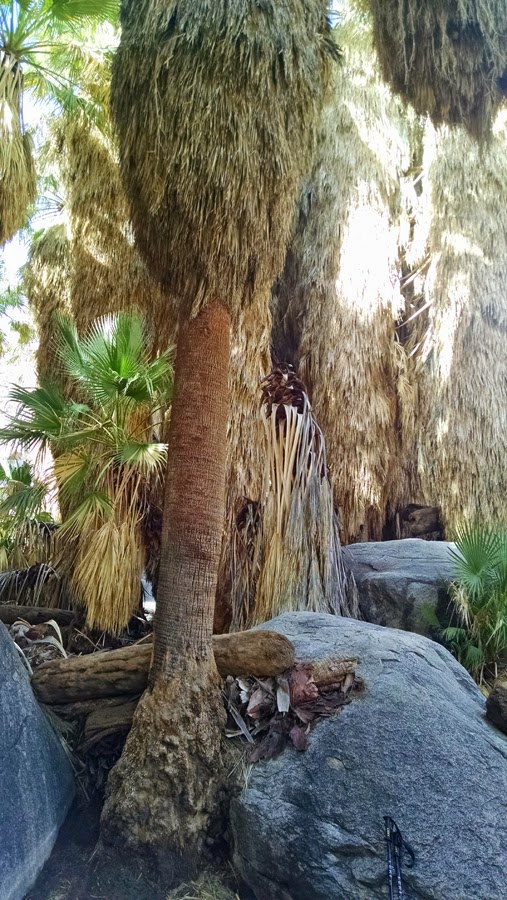 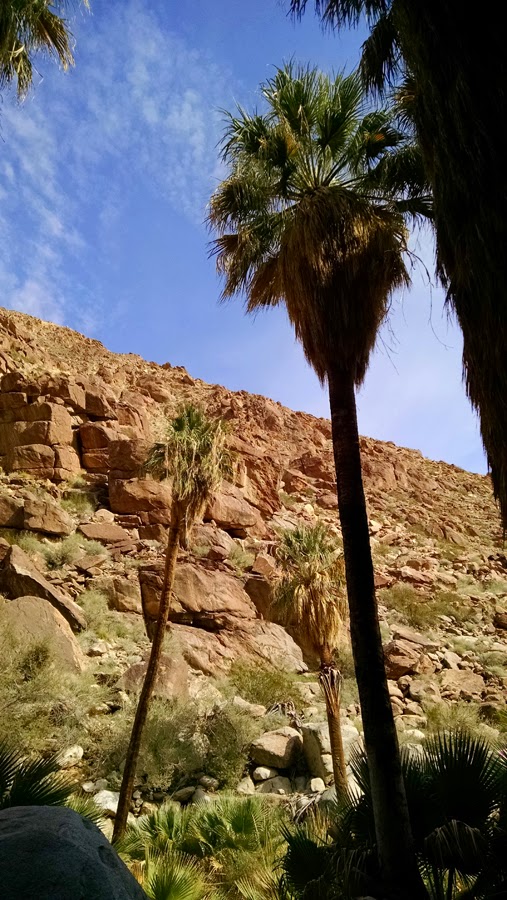 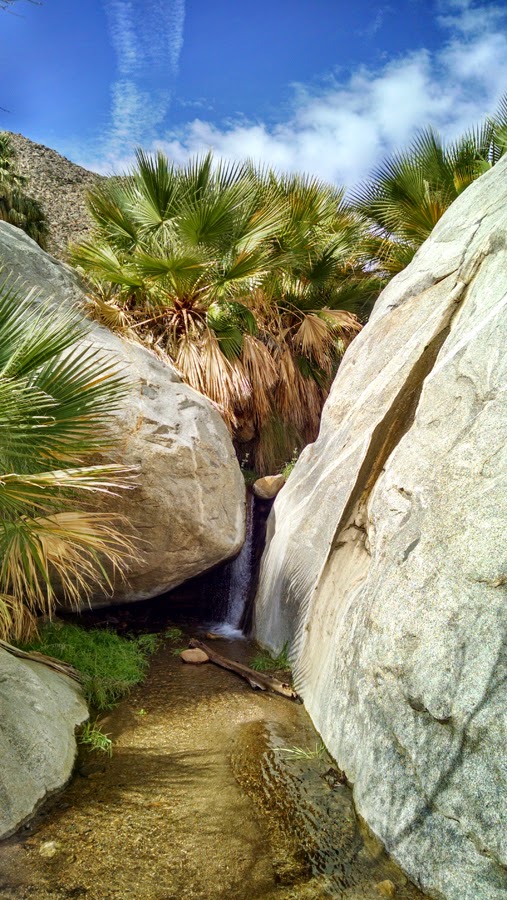 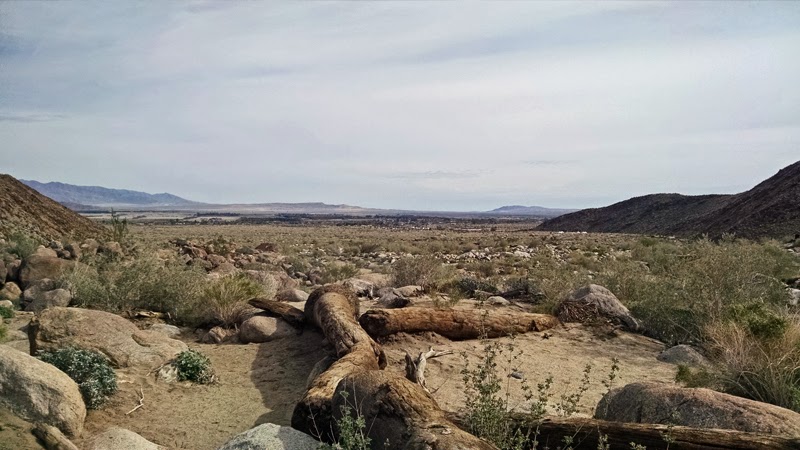 I regret that we did not take this hike until our time here was almost gone.  It's now on our checklist as an annual event.