One beautiful day we drove up to Red Rock State Park near Sedona.  No Happy Trails for Dora this time: dogs are not allowed at this park. It's understandable: narrow trails with quite a few people and it's too hot to leave animals in your vehicle. If you're going: leave them home. There are warning signs before you get to the park, so no excuses! 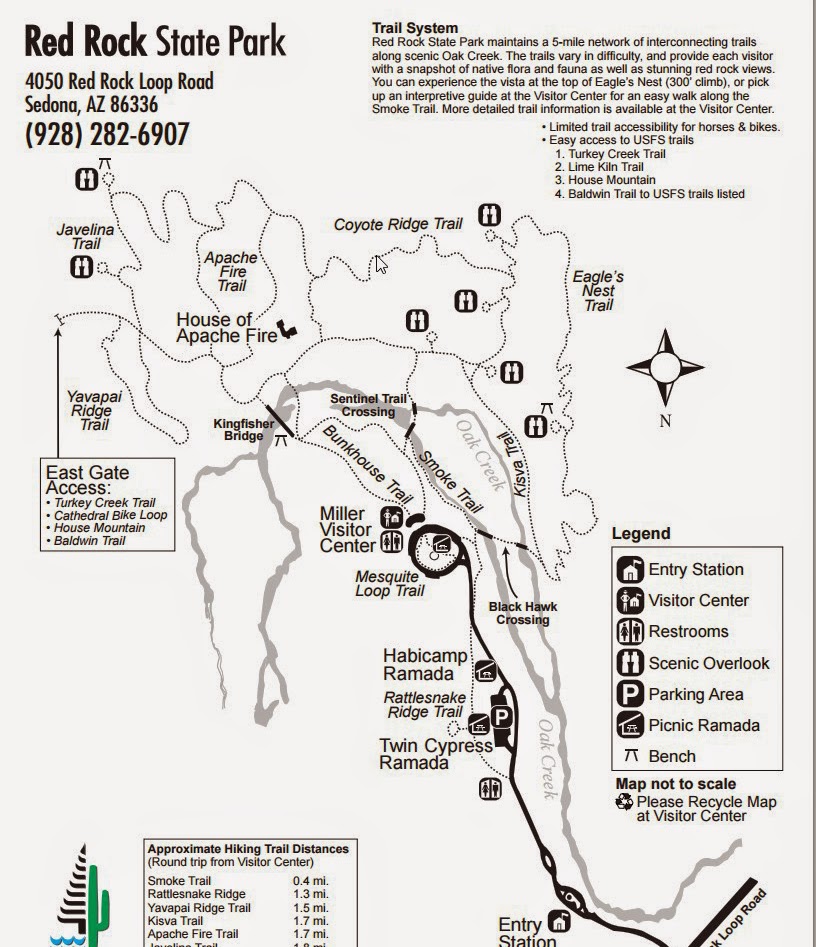 We stopped in the visitor center first to see what we were getting into.  We found out that two of the three Oak Creek crossings were closed, leaving only the Kingfisher Bridge on Bunkhouse Trail open.  The person manning the desk suggested that we hike in a counter-clockwise direction: First the Bunkhouse Trail to the Kisva Trail which roughly parallels the creek.  The 1000' climb up to Eagle's Nest is steeper but shorter on that side.  Then continue along the Coyote Ridge Trail and down the Apache Fire Trail.  I do believe that was the right choice.  If we had hiked up and along the Coyote Ridge Trail first we might have given up before reaching Eagle's Nest seeing how far it was. 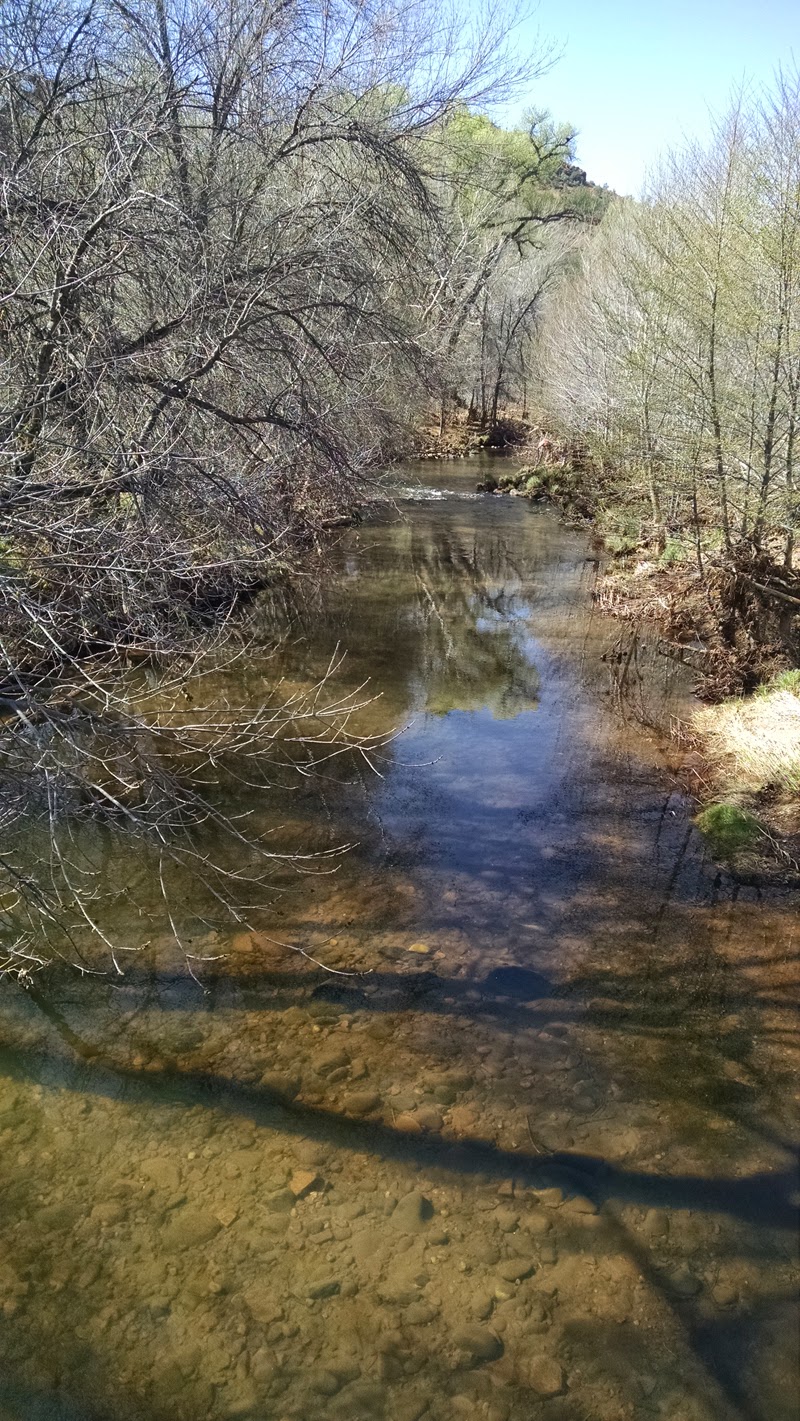 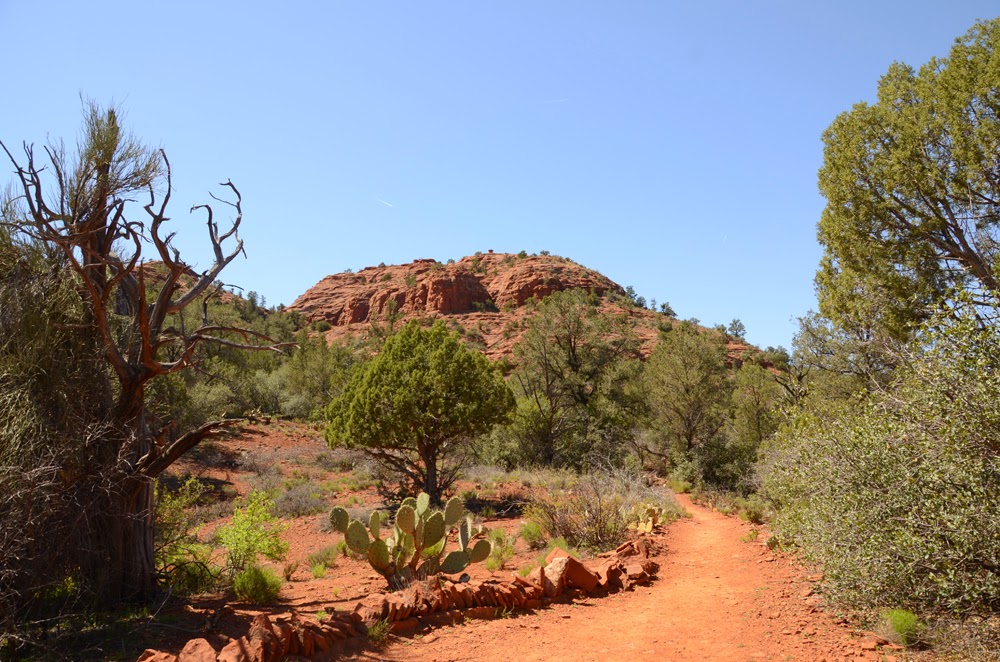 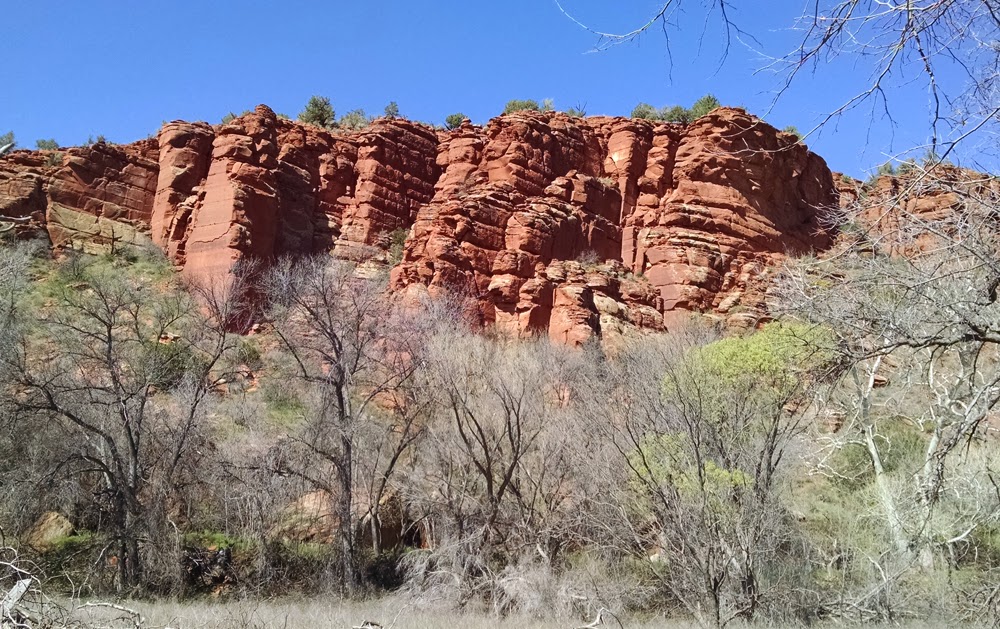 Eagle's Nest from below. 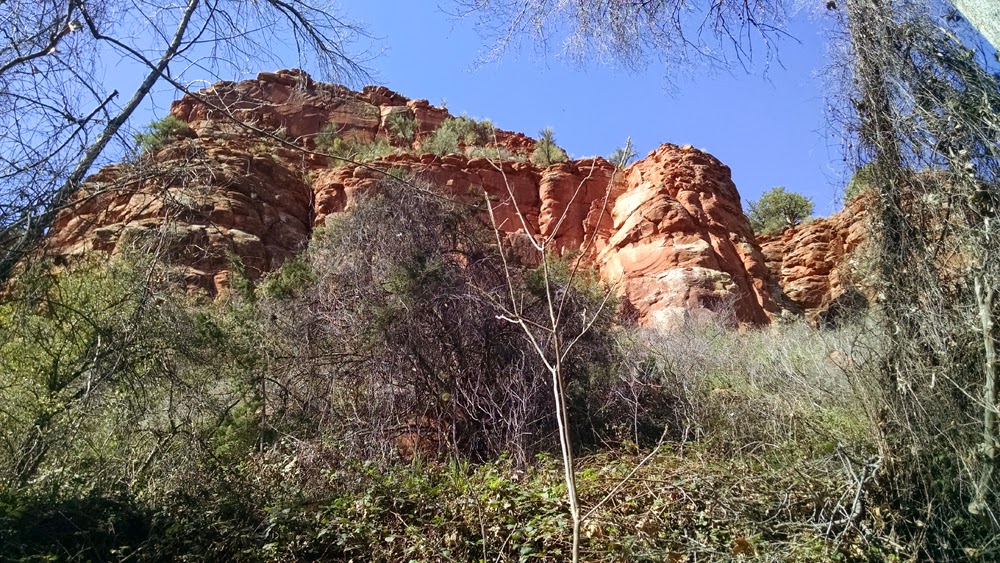 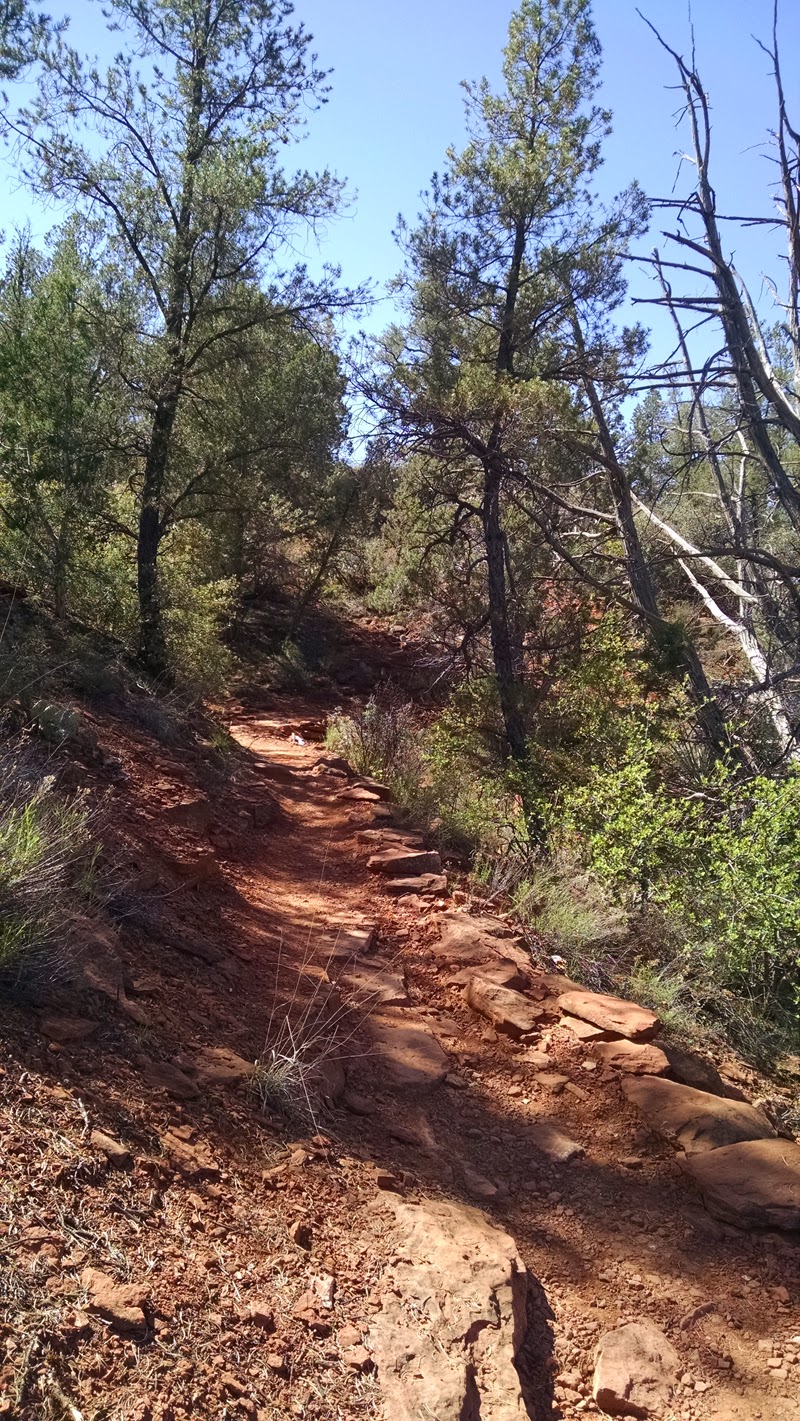 Along the trail up to Eagle's Nest.  Piñon and juniper. 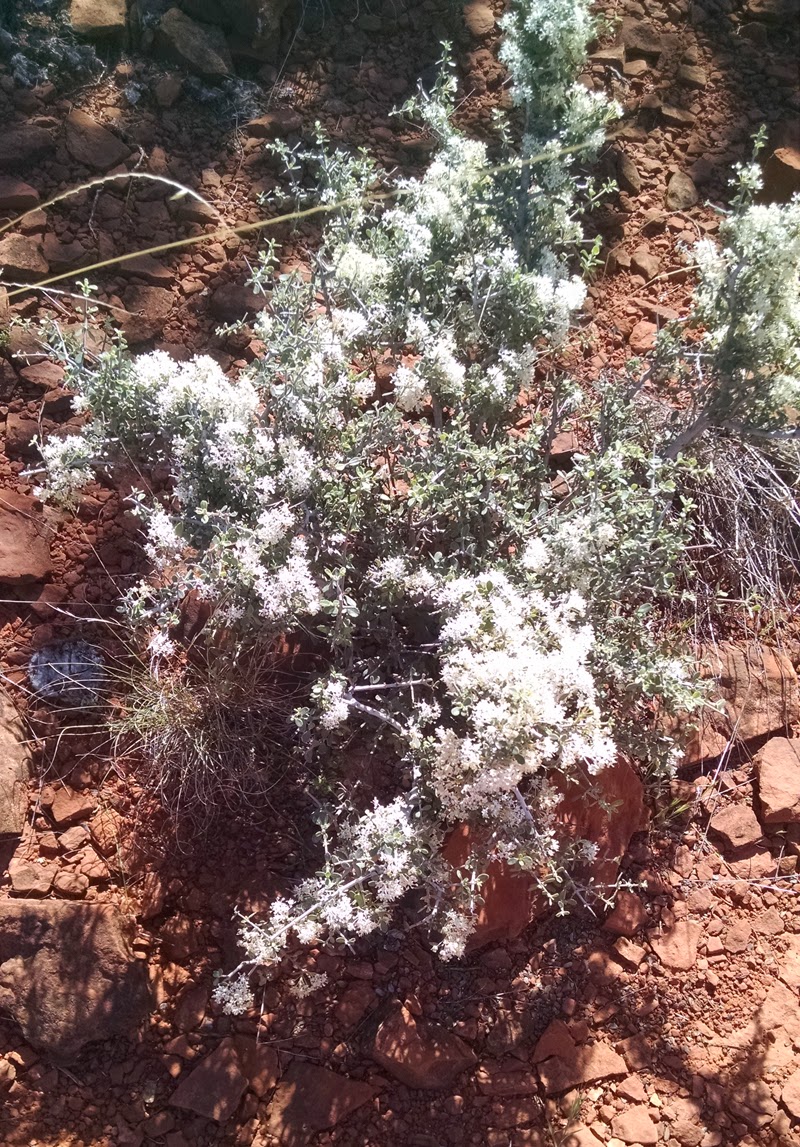 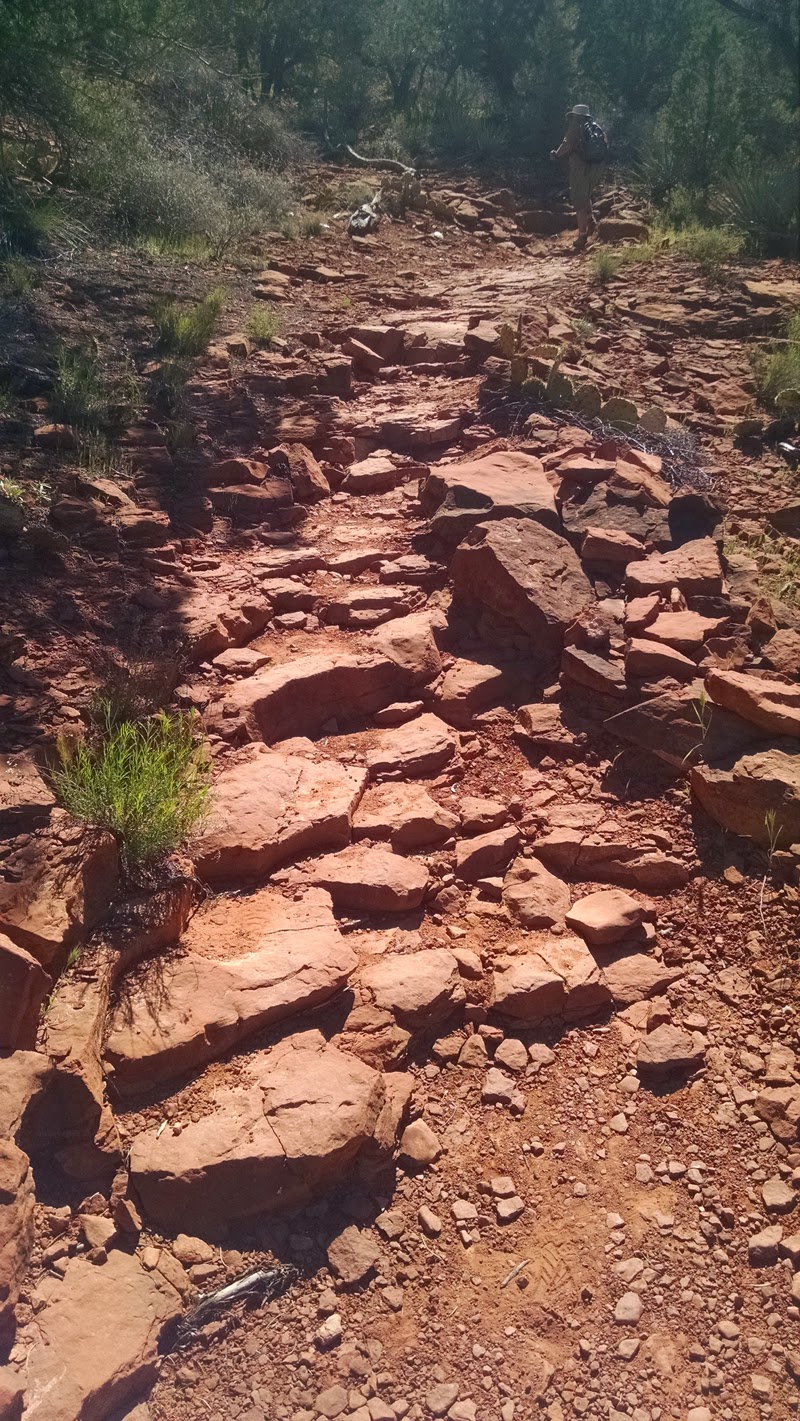 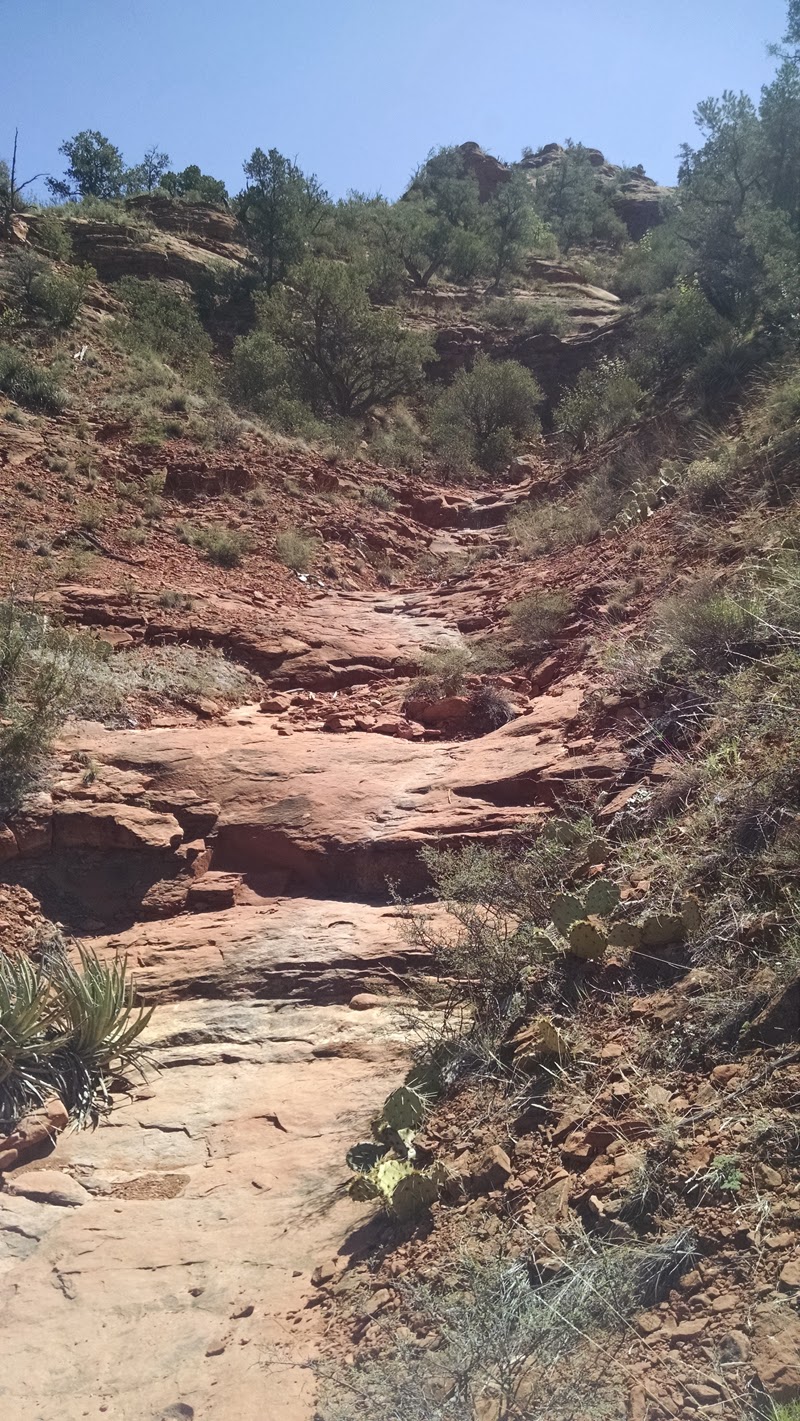 At the viewpoint, signs pointed out the rock features. 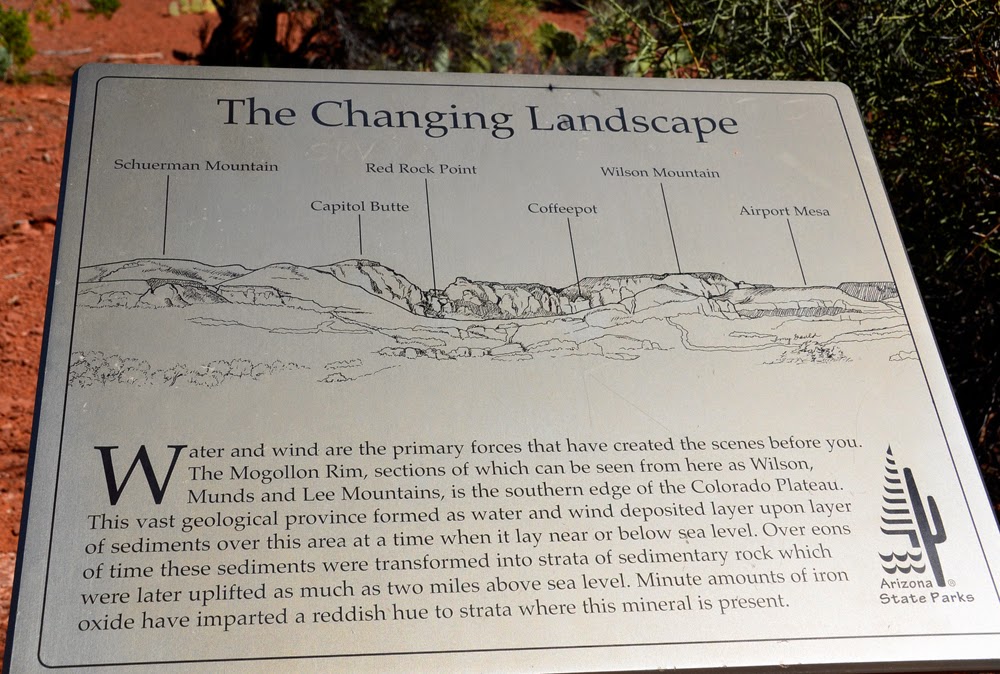 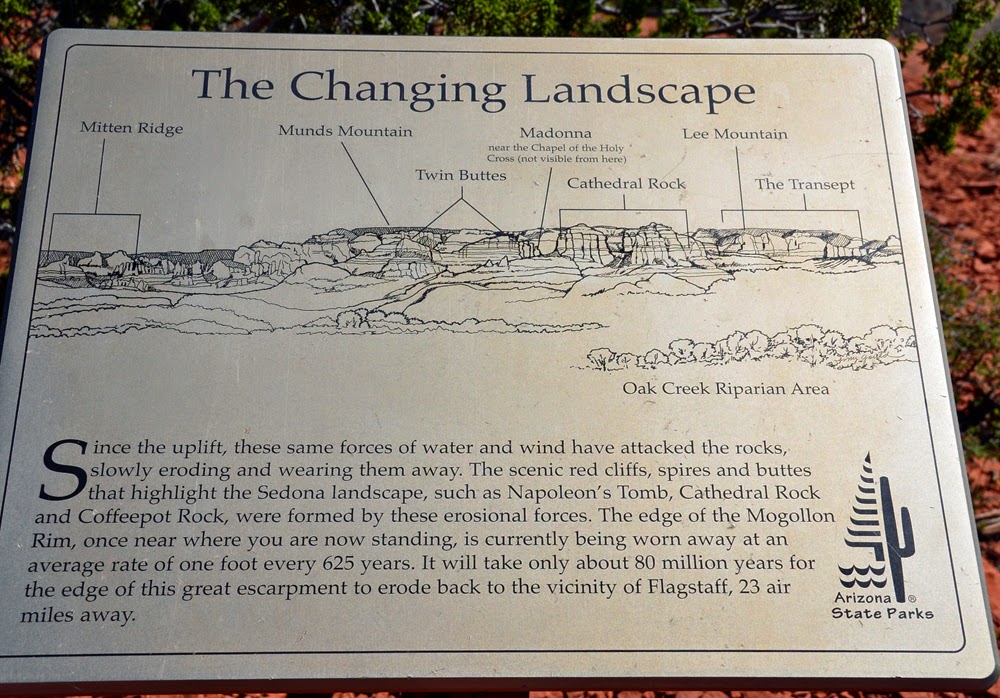 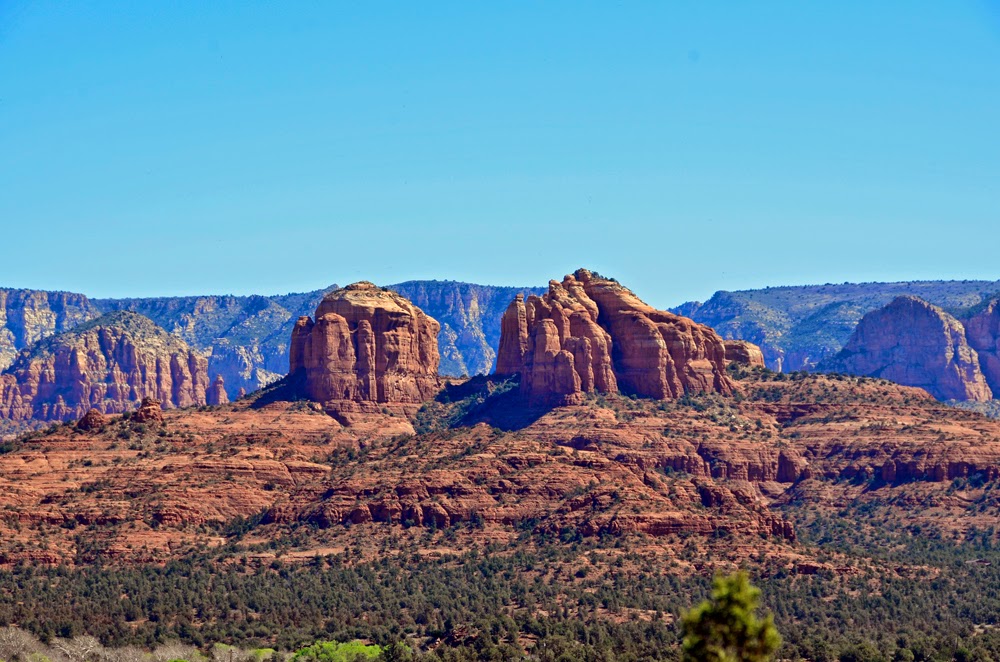 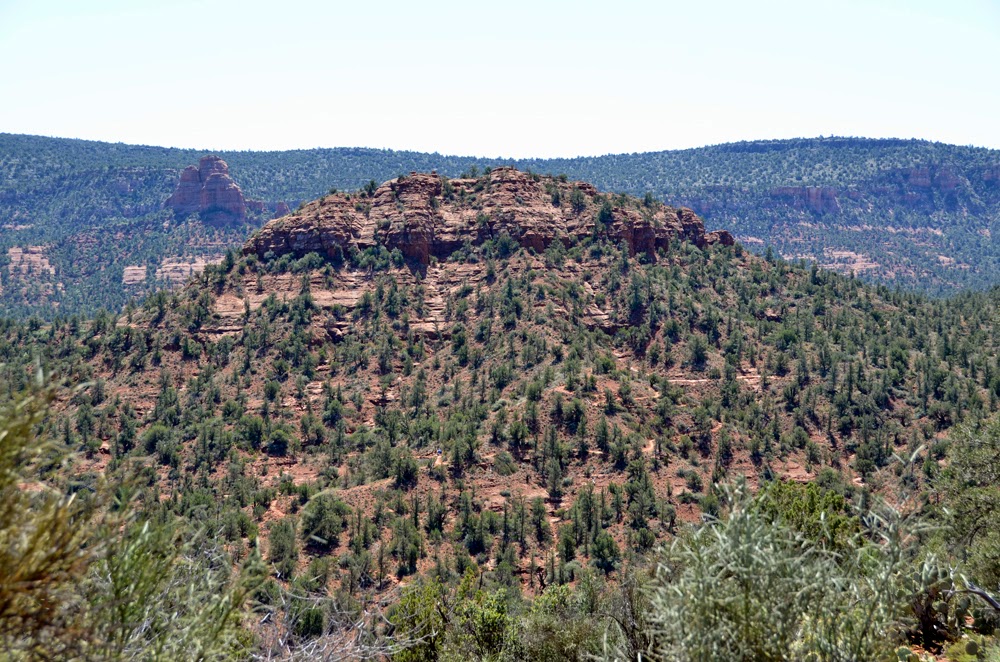 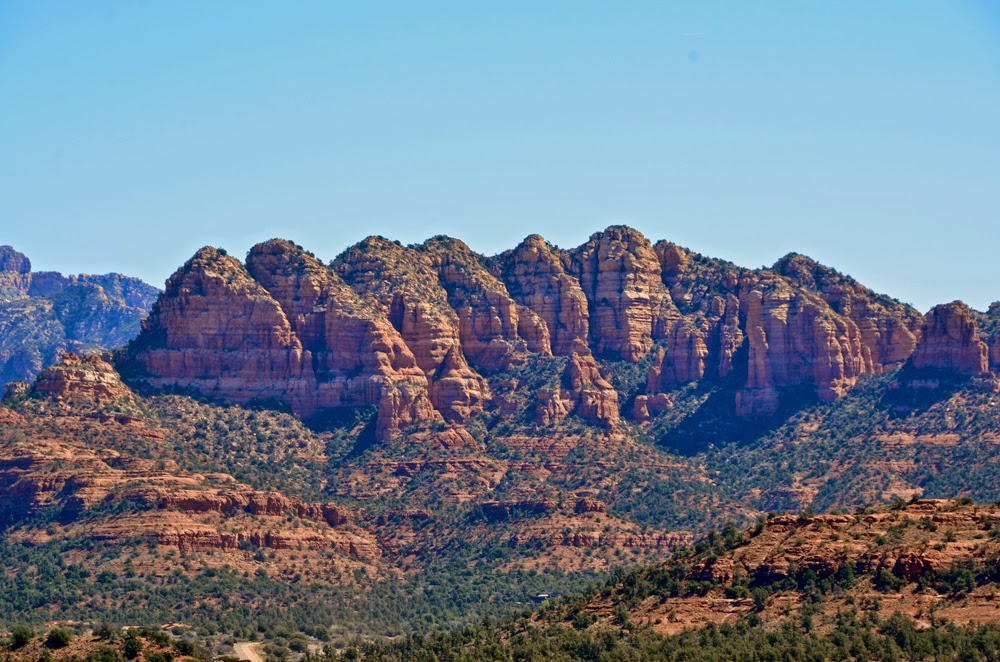 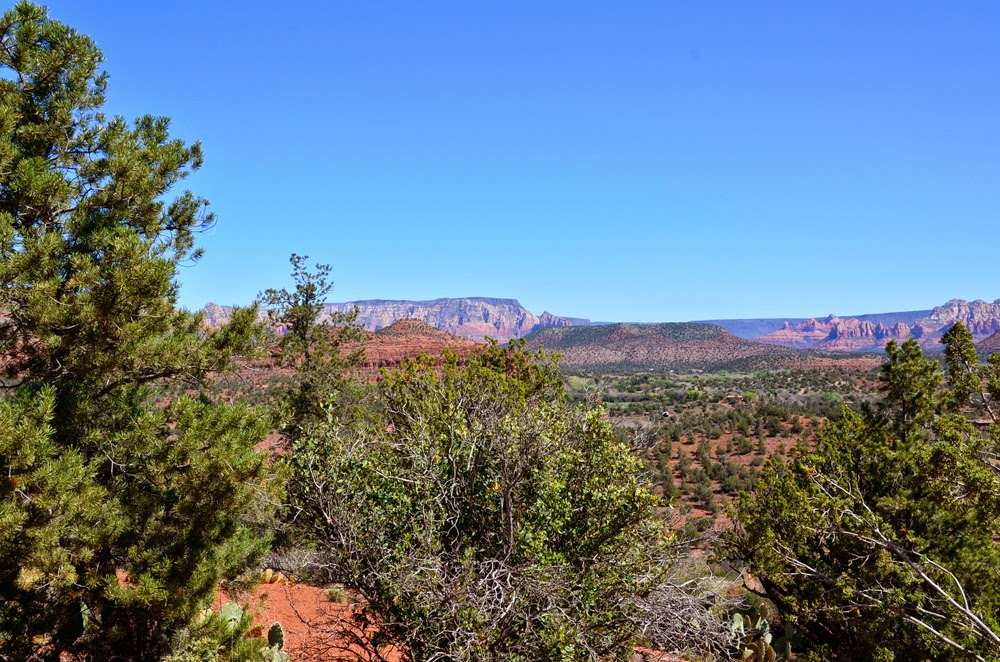 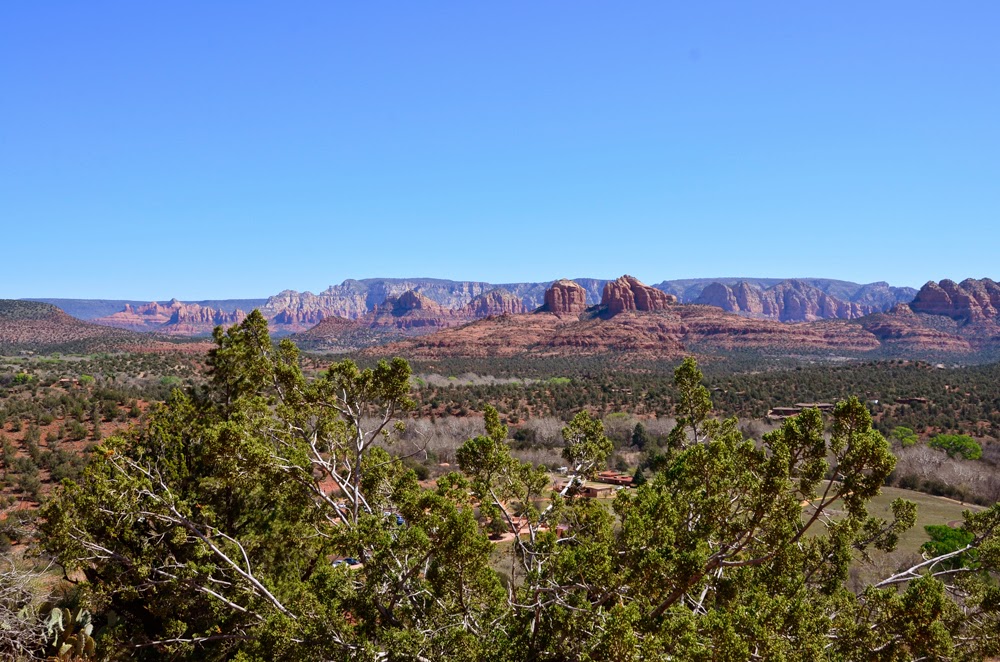 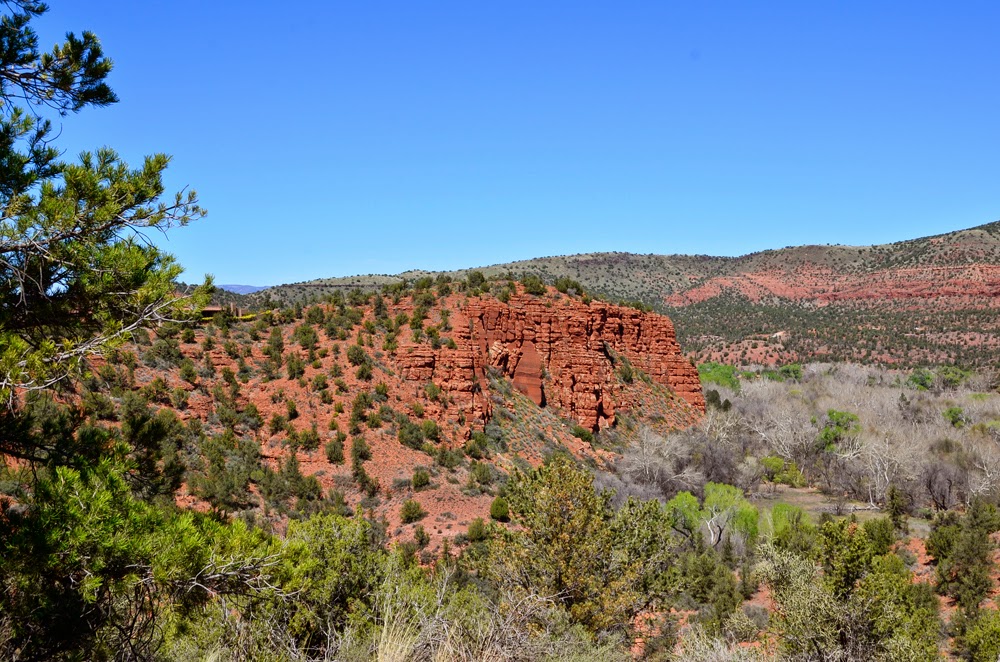 The viewpoint as seen from farther on. 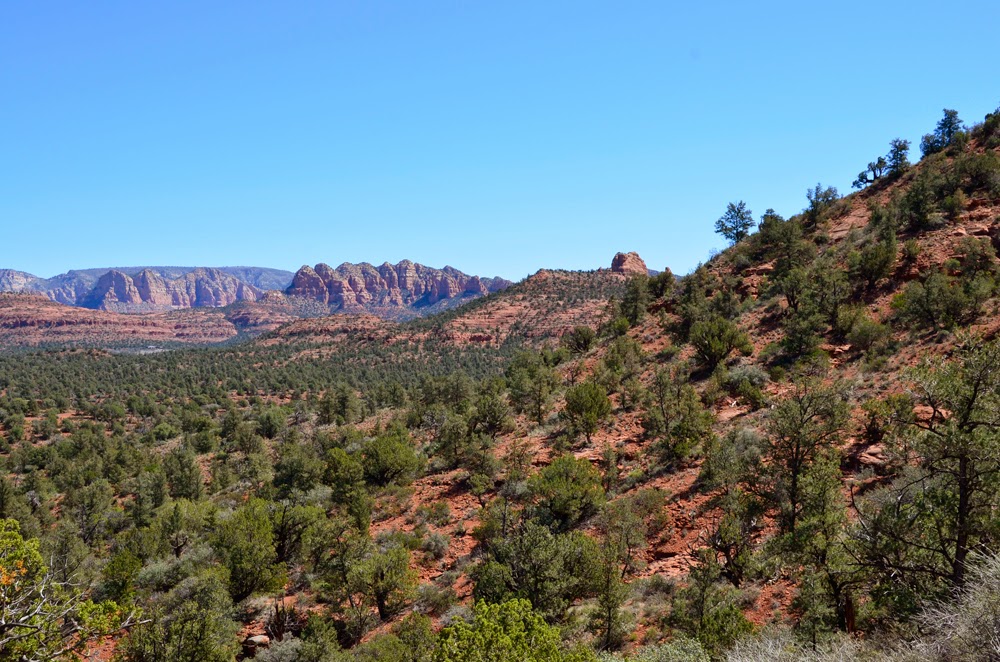 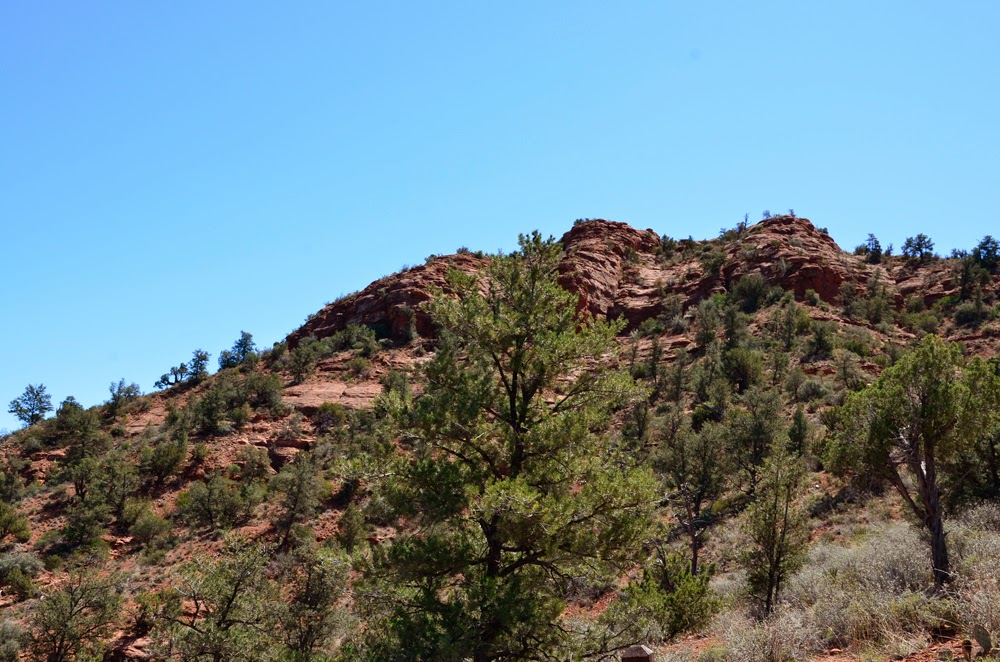 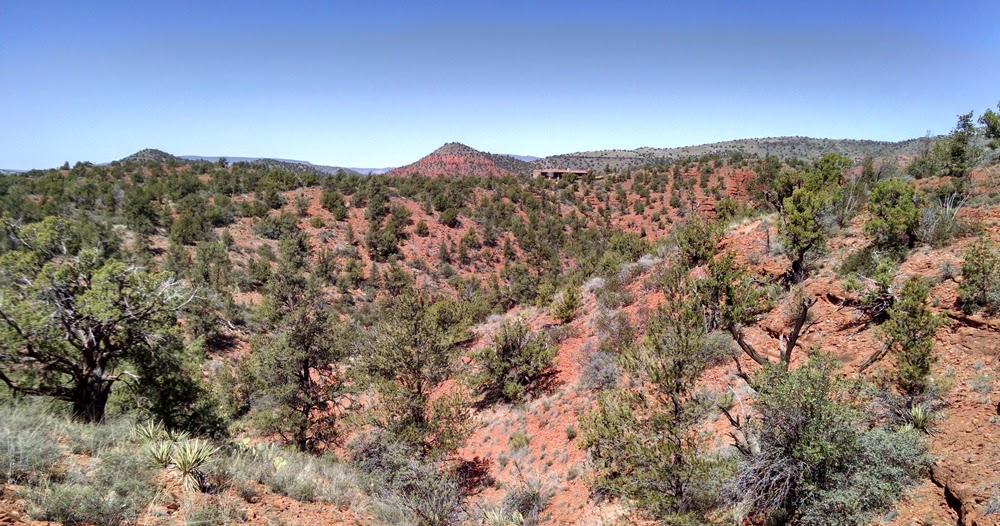 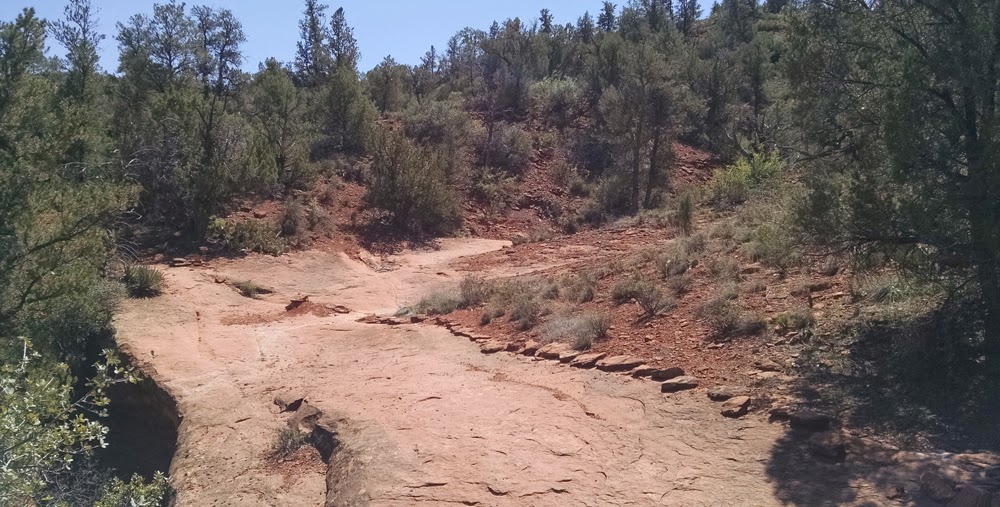 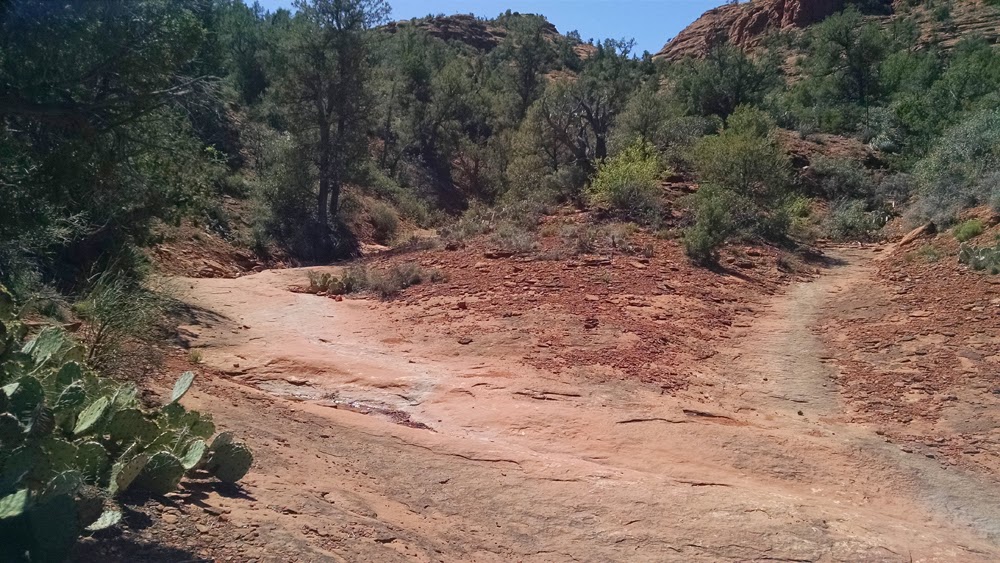 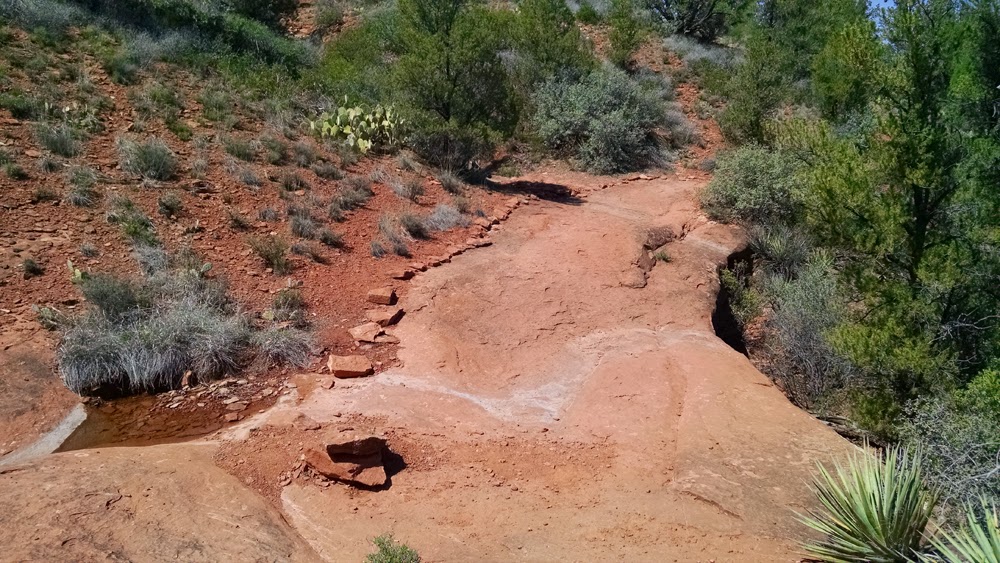 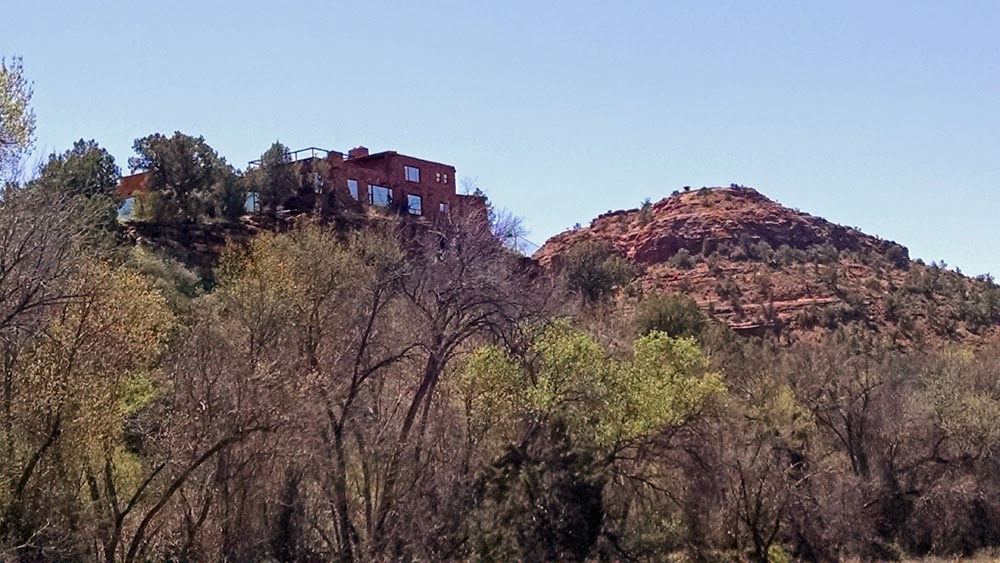 The house of Apache Fires from below.

Fascinating architecture.  I wish that it was in repair and open for tours.  The house was designed in the 1940's by Helen Frye, the wife of the President of TWA.   Read more about Jack and Helen Frye, the history of the ranch, and even some great aviation history at http://www.sedonalegendhelenfrye.com/.  There is another website about Jack Frye at http://jack-frye.blogspot.com/

After our hike we headed up to Sedona for a late lunch (i.e. our favorite meal "linner").  What a find: Pisa Lisa. 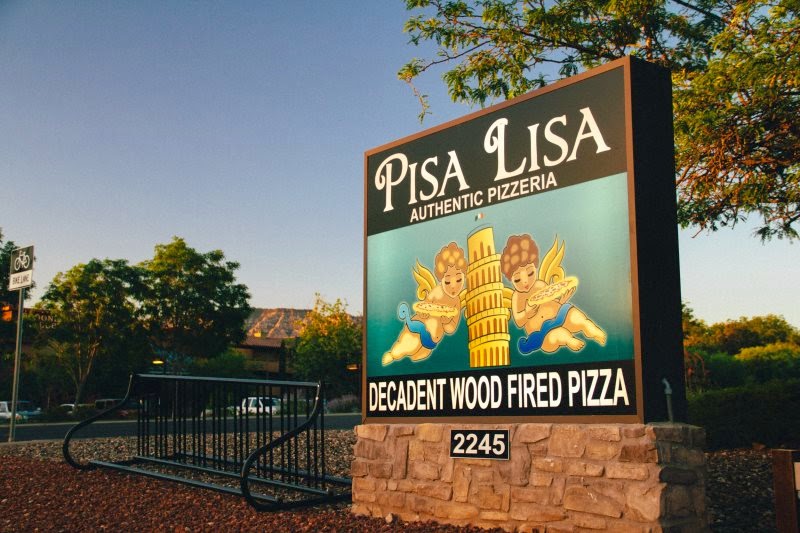 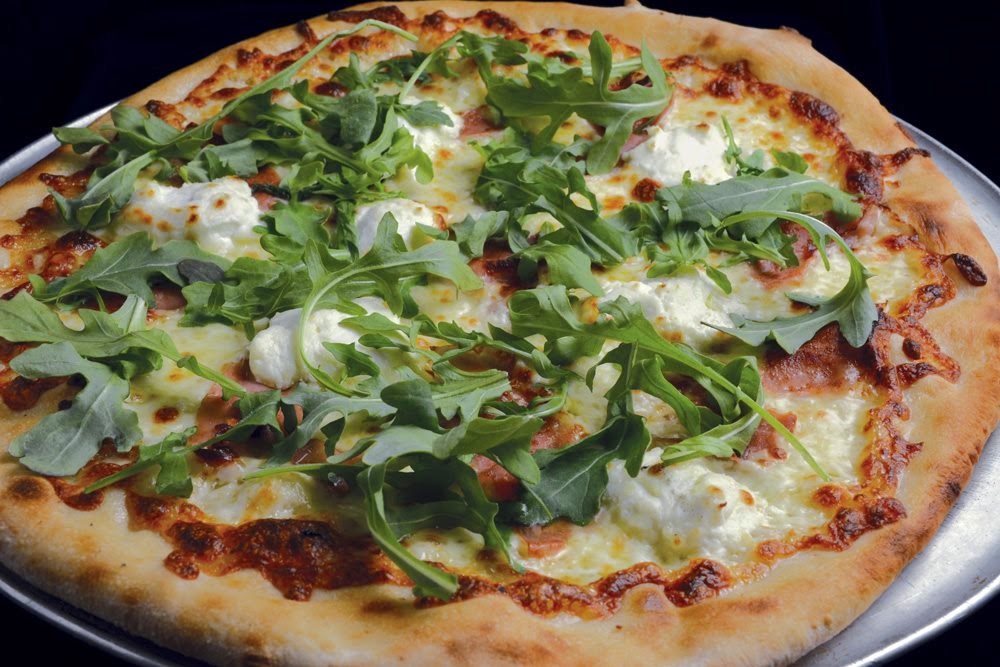 I can't recommend Pisa Lisa highly enough.  Lisa Dahl owns several restaurants in Sedona and I am eager to try others.

That said, except for the food and the scenery you can pretty much have Sedona. Yet another town that has been damaged by its own popularity.