Yesterday we loaded Alice , Molly, and the cameras into the Prius and went over the hill to take some bird pictures. It is the height of nesting season over in the Klamath basin. Here are some pictures that I snapped at the Lower Klamath National Wildlife Refuge. There are some birds that only Tom was able to get on his camera; I'll add those as they become available. 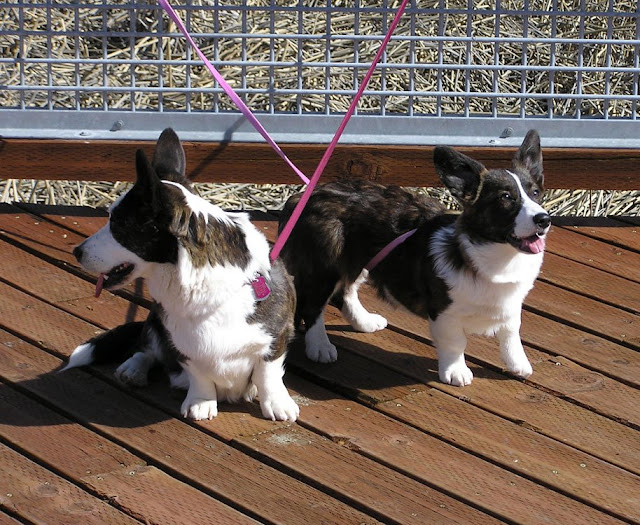 On a bird-watching platform. Molly isn't so good about being tied up yet. But isn't she turning out to be a pretty girl? 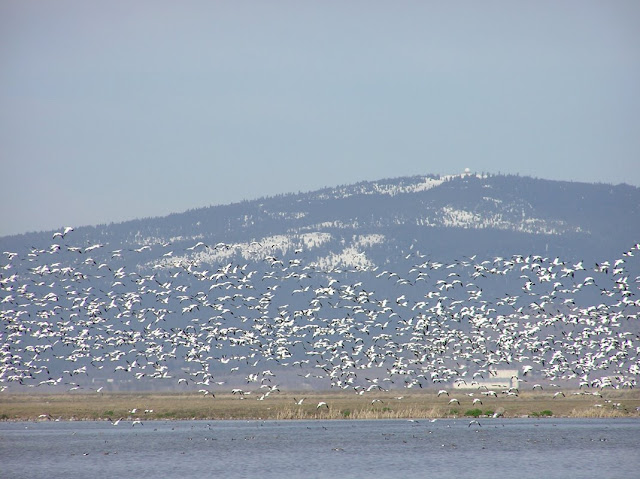 Snow geese startle and take off en masse. I wish that I could have caught the sound as well. They are talking to each other constantly and then the thousands of wings made a cacophony . 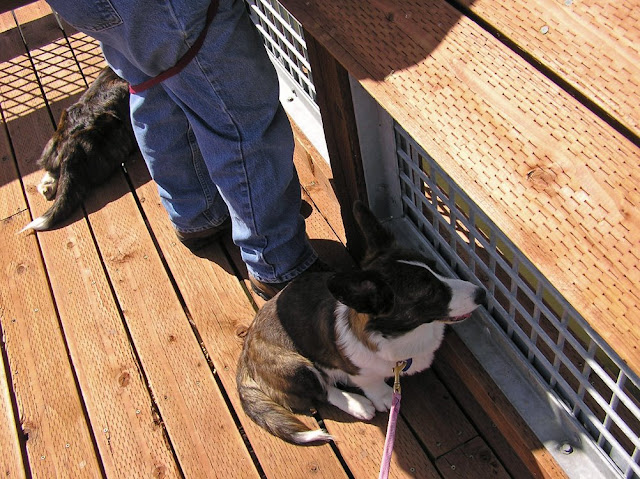 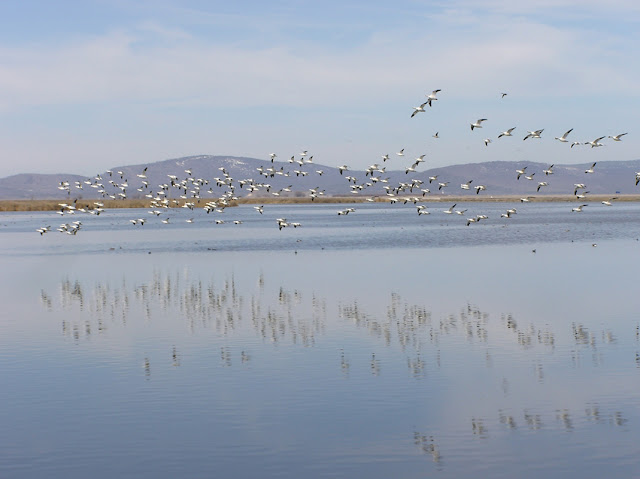 Snow geese in flight reflected on the lake. 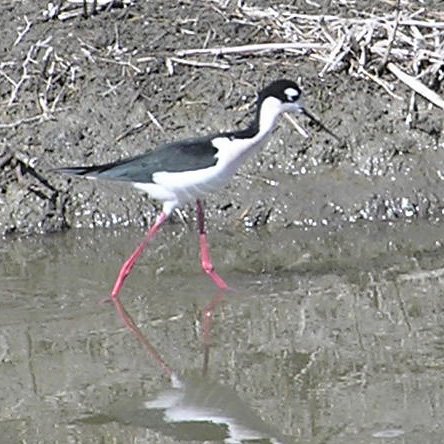 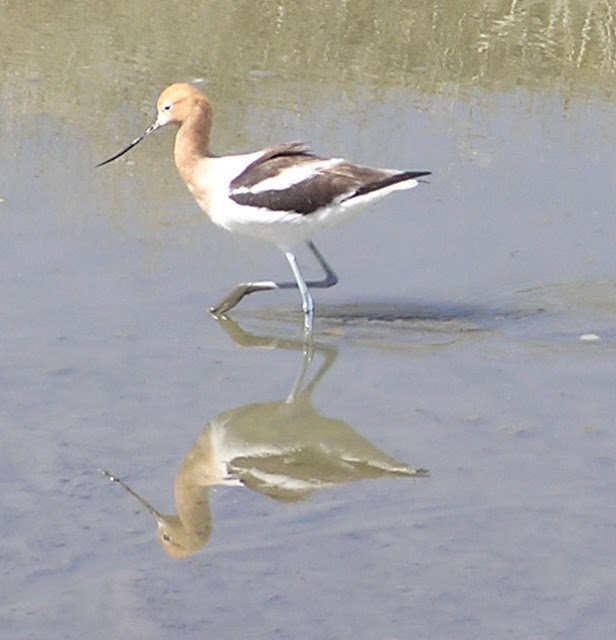 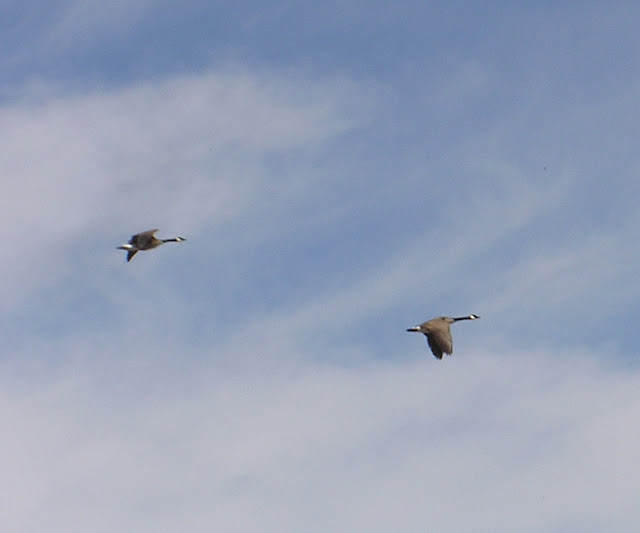 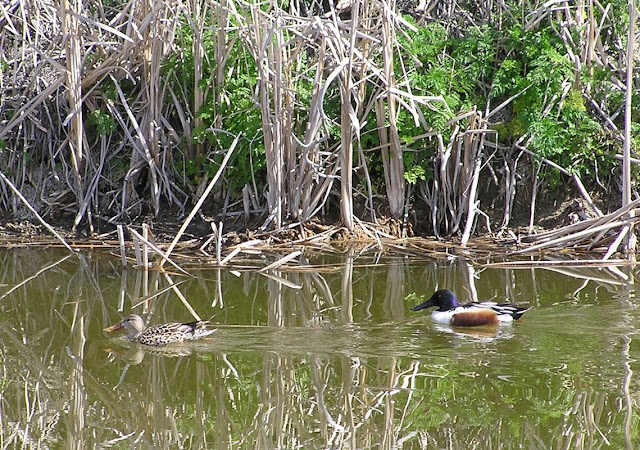 A pair of Northern Shovelers.

Bufflehead were hard to photograph as they were more flighty than some of the other species. 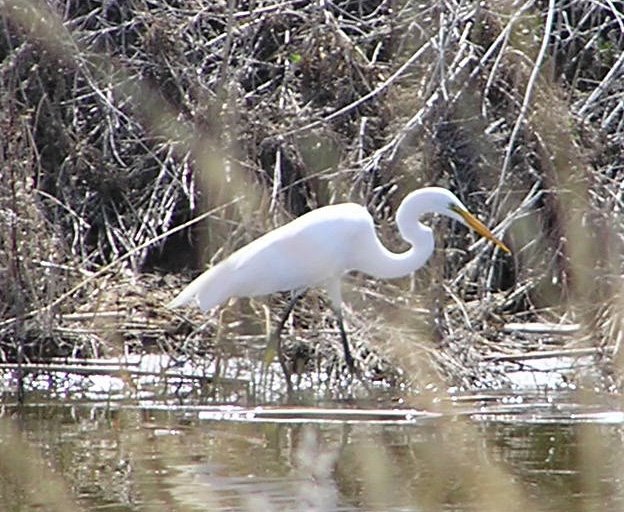 While most others are found in pairs or flocks, the cranes seem to be solitary birds.

A group of American white pelicans. 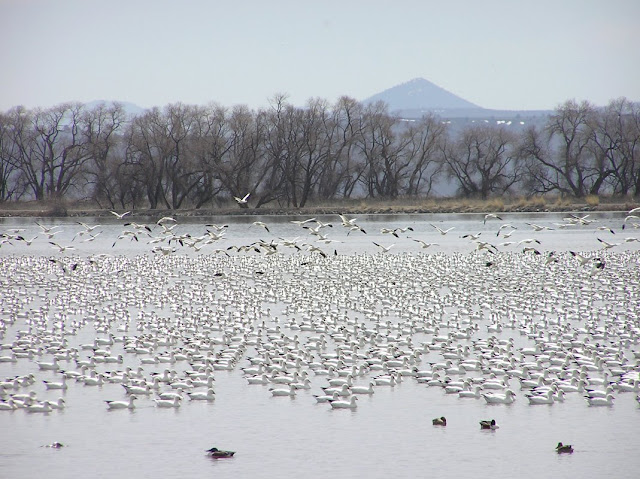 Back to the lake with a parting shot of the snow geese.
Labels: Birds and Wildlife, California, Cardigans