Wrong in So Many Ways 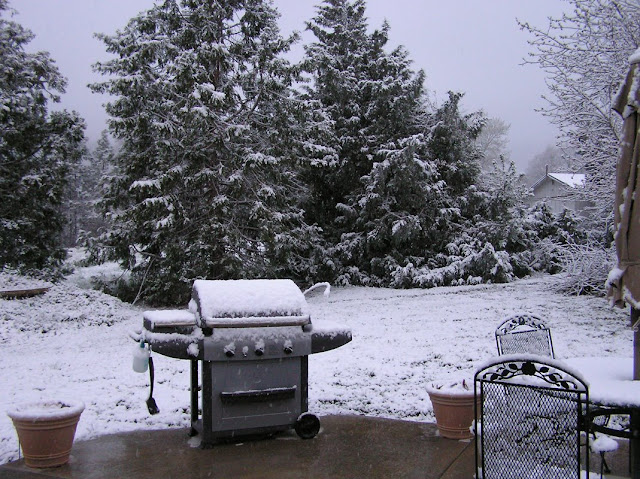 Though perhaps that is changing, after the last few years. 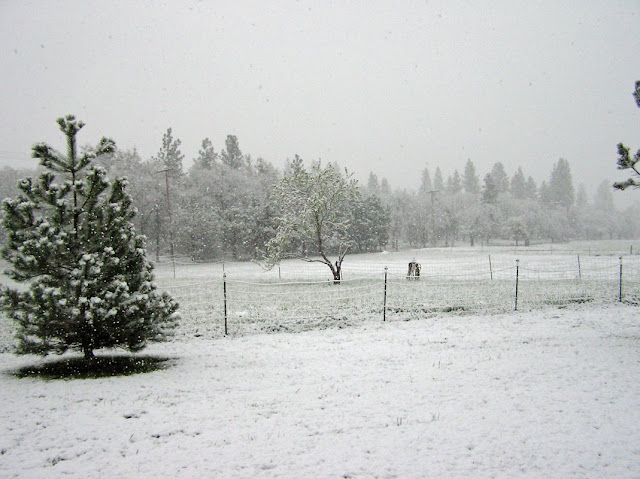 Yes, I believe that the climate is changing. We have certainly witnessed changes in our quarter-of-a-century in Southern Oregon, 18 years of which have been on this property. I prefer to call it "climate change" to "global warming". People can sneer at the phrase "global warming" when winters are more severe and last longer than they previously did.

The models show that this region will have longer, more severe winters and hotter and dryer summers. As our summers are already triple-digit-dry-well summers I'm not exactly ecstatic over that prospect.

Snow on April 20th is a first for me.