I know that in some areas there have been outcries against wind farms.  There are a number of windmills up on the Columbia River Gorge which have generated debate.  For me: well, I am rather addicted to having electricity.  My computers need it.  And I have seen more than enough of coal-fired plants and their pollution.  Wind power is clean.  Wind power is beautiful.  Think of them as an addition to the scenery rather than a detraction from it.  Clean, white, elegant arms which reach for the sky.

Silhouettes against the skyline between Bakersfield and Tehachapi. 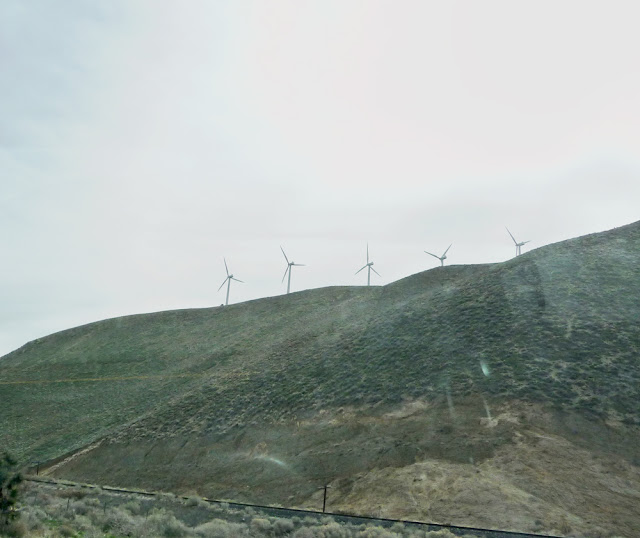 There is a large wind farm across the road (Indian Canyon) from Mom and Dad's place in North Palm Springs. A plus is that means less population growth in the area for the immediate future. The windmills are quiet and peaceful neighbors. 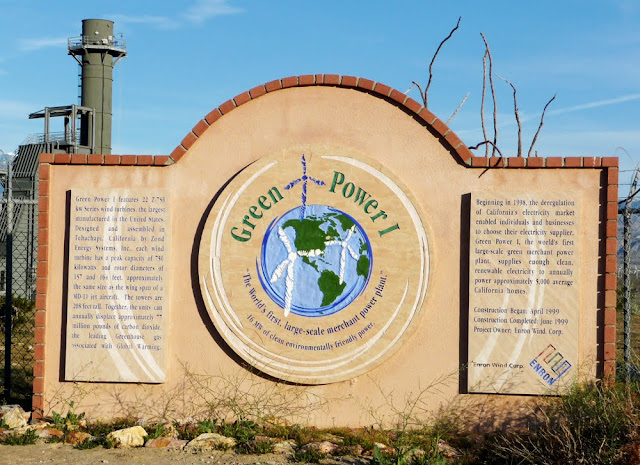 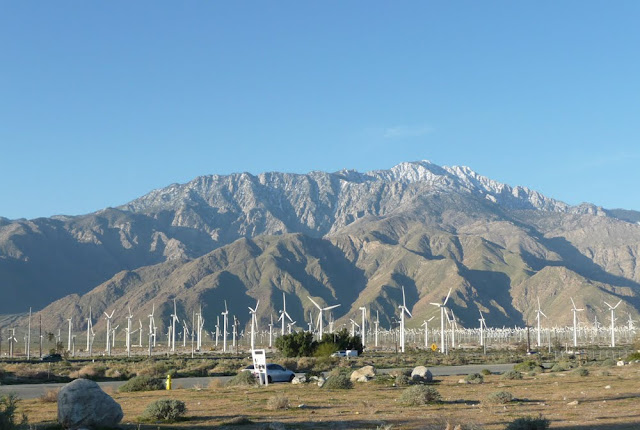 View from the Motel 6, Interstate 10 just off Indian Canyon Drive. 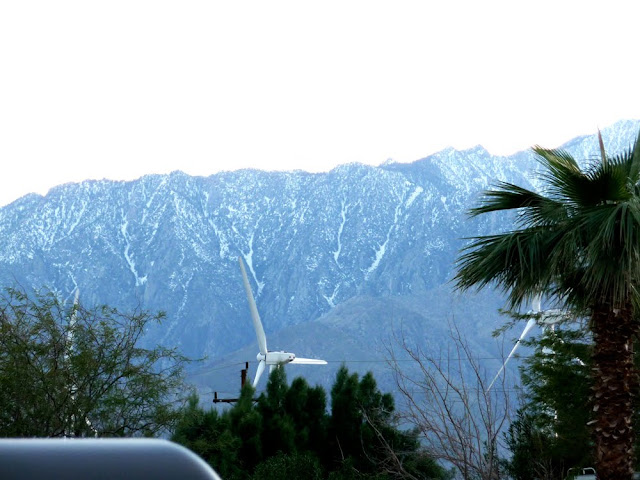 And seen from Mom and Dad's patio (barbecue in bottom left).

I'm posting the picture below just because I like it.  This freight train was snaking her way through the hills between Tehachapi and Bakersfield.  The countryside is lush and green in early spring. 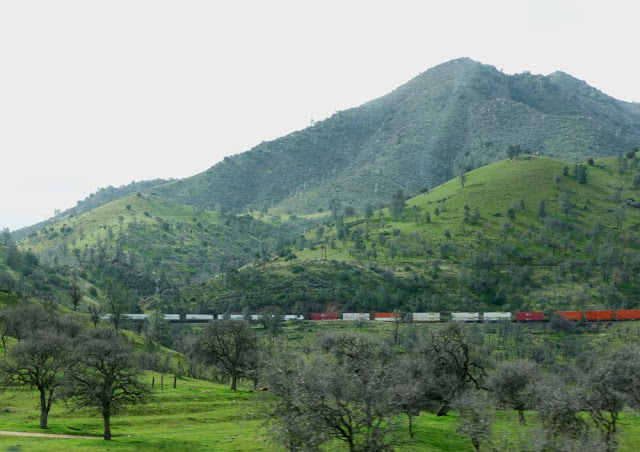