One of the things we like to do when traveling is to . . . well, to eat.  Lately we've been trying to find Triple-D places or others of that sort.   Local food, good food. 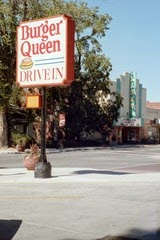 Our first culinary adventure trip of this sort was when we did a great road-trip to the 2004 national specialty in St Louis.  The trip started on a high note, at the Burger Queen Drive In in Laveview.

Dinner was at a Basque Restaurant in Elko, NV: the Toki Ona. Alas, google tells me that it is no longer in business.

We wound our way down through Utah to Arches National Park, then up the Colorado River. Sometime soon I am reminded to go back and post pictures.
Things went pretty well until Kansas. It was somewhere along there that fresh vegetables disappeared to be replaced on the plate by bigger portions of meat and potatoes. Now I have nothing against either meat or potatoes in moderation. But a little diversity of menu is a good thing. 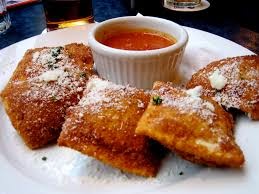 And speaking of diversity, have you ever partaken of toasted ravioli?

Q: How many meals in a row can you eat toasted ravioli?
A: Every single club banquet.

Once the big party was over, we loaded up four dogs in the van and started retracing the route of Lewis and Clark. May of 2004 marked the bicentennial of the start of their great expedition. More meat and potatoes. By the time we got to Council Bluffs, Iowa we were really beginning to crave West Coast food. We deviated from our plan of eating only at local establishments and succumbed to the allure of an Applebee's sign. Surely we could get a little variation there. Pasta that wasn't toasted ravioli and a salad, at least.

Seated at a table, perusing the menu, Tom inquires what "microbrews are on tap." It should have been a clue when that was met with a blank stare by the waiter. Clarifiation: "beer." "Uh, Bud, Bud Lite, Michelob." Not all Applebee's are created equal.

As we continued northward along the Missouri we learned something else: it can be very, very cold in May on the north plains. We had planned to continue following the river through North Dakota and onward. But when we hit I-90 in South Dakota and it was about 60 or 65 degrees less than 90 we decided the heck with that and headed west. 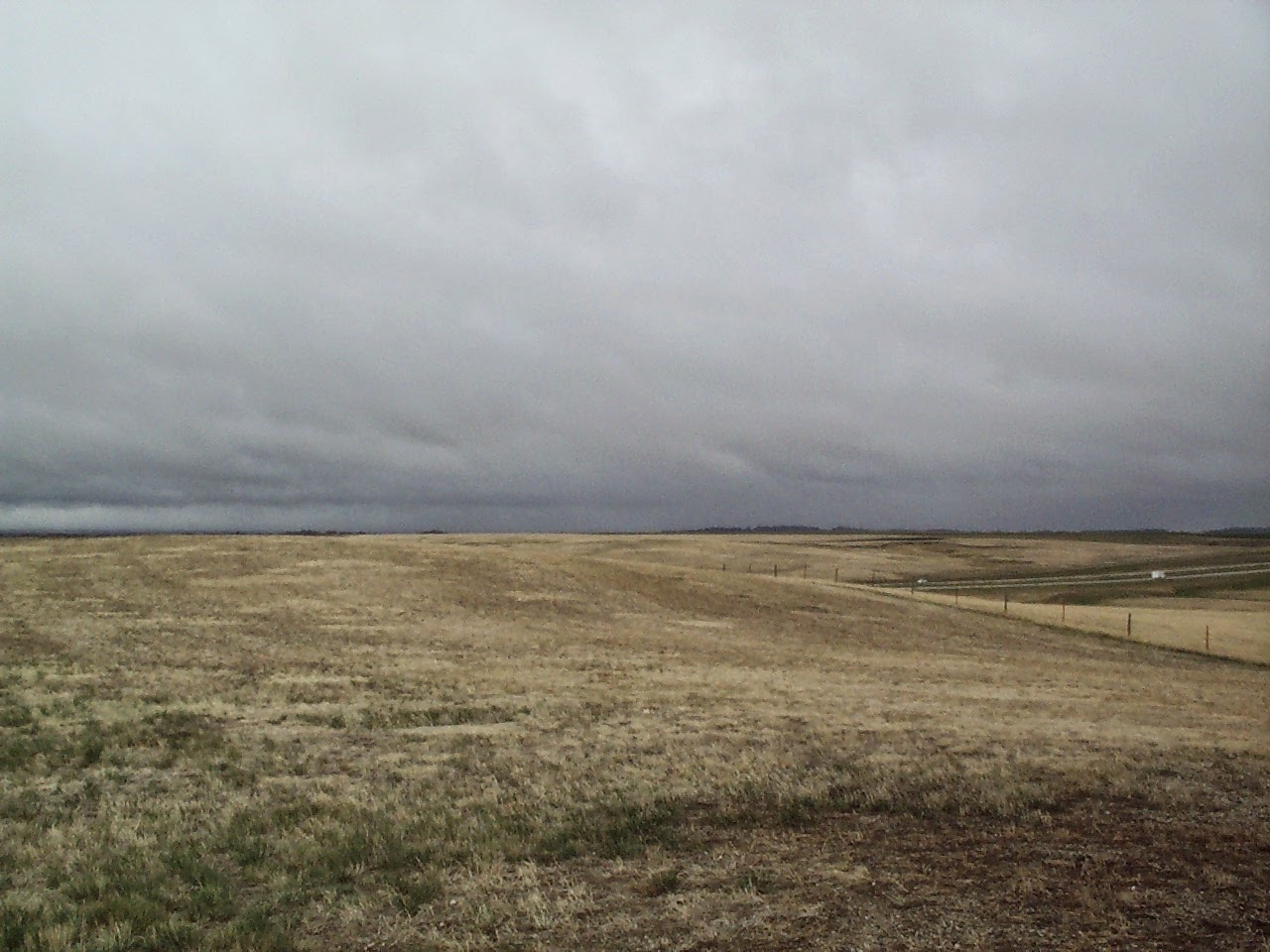 This is what South Dakota looked like through the van window.

The wind was howling and it was getting colder and colder. We traveled until exhaustion, stopping in a small town with few paved roads: Murdo, South Dakota. For some unknown and unfathomable reason, the Best Western in town had no vacancy so we ended up at the quaint and dog-friendly Sioux Motel. 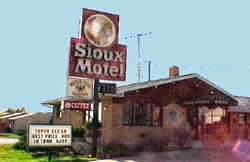 How cold was it? With the wind chill it was reported to be 14° F.  We did not have clothes for  14° F.  But we braved the cold and headed out for dinner. Where to go?  Well, there was a truck stop down by the exit.  Ok, that will do.
We venture inside, slide our way into the all-American vinyl booth, view the menu.  Chicken-fried steak.  Meat loaf.  Mashed potatoes.  Vegetable of the day!

Remember how starved we are for produce, after a couple of weeks in the heartland.

The waitress, a caricature of a midwest-truck-stop waitress, trods over to take our order.  Tom orders the chicken fried steak and meekly inquires as to the "vegetable of the day."

Picture waitress, hands on hips, towering over (obvious) tourists: "CANNED PEAS.  You DO like PEAS, Dontcha?"

Seven years later, we still laugh about that incident and "You DO like PEAS, Dontcha?" has become a stock answer to a "What's for dinner?" question.
Guess where Audrey is soon going to live.   Yep: Murdo, South Dakota.  It appears that we will have a return trip in our future as of course we will have to visit.

Anita, we will be sure to bring you some fresh vegetables when we come.
Labels: Food and drink, Illinois, South Dakota