Thursday: Tom started hooking things up, took her back to dealer to have water leak repaired, hooked up satellite for tv. Yesterday: stashed what had been in the trailer into various cupboards and compartments in the motorhome. Got water-leak fixed for sure. This morning: packed clothes and food. This afternoon: 80th birthday party for my Aunt Gay. And at 3 p.m. we're finally off! Heading to Northern California for the wedding tomorrow of our niece Robyn. 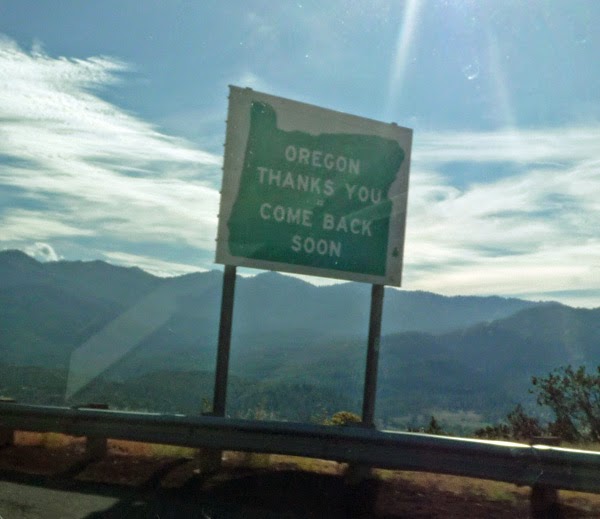 We'll be back on Tuesday. 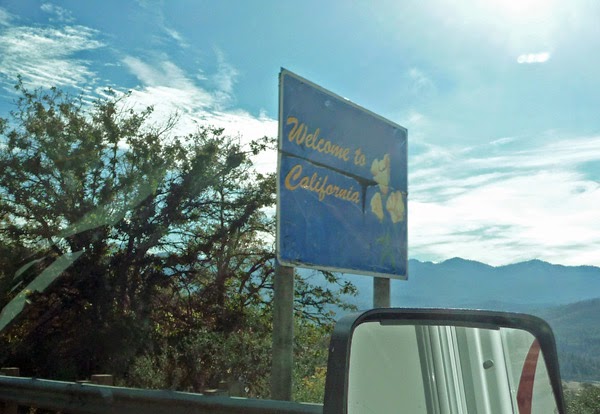 I want one of those little maps on the back where we can stick on the states as we travel. 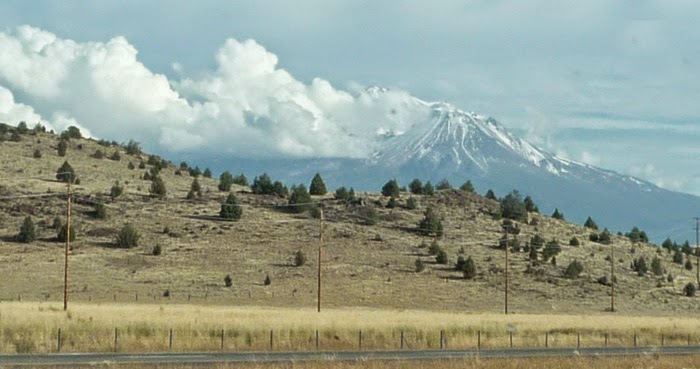 Mt Shasta from the Northwest 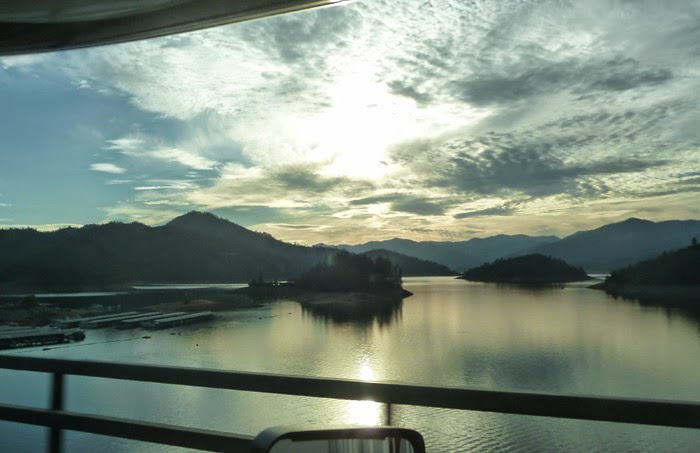 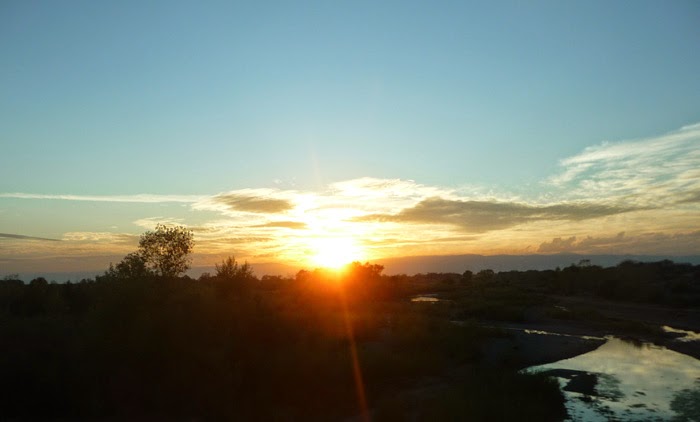 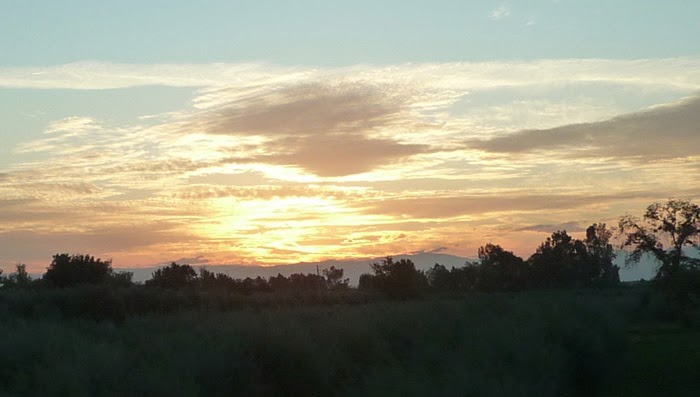 Over the olive groves of Corning 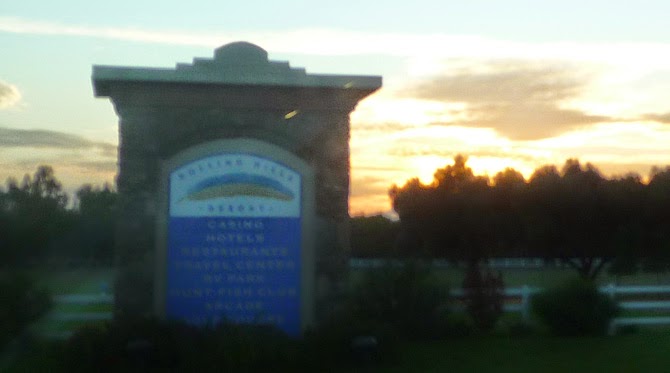 "Camping" at the Rolling Hills Casino and RV Park. Support the local tribe.

Having walked several circuits of the RV park now with various combinations of four dogs, I can tell you that it is very nice. A little van continuously circles to provide security and/or to ferry you over to the casino and back.
For those who requested a tour of the inside . . . well, it isn't big: about 28' nose-to-tail. We are dwarfed by some of the units in here. But we will fit better in state or national park campgrounds in the future plus she's a comfortable size on the road. 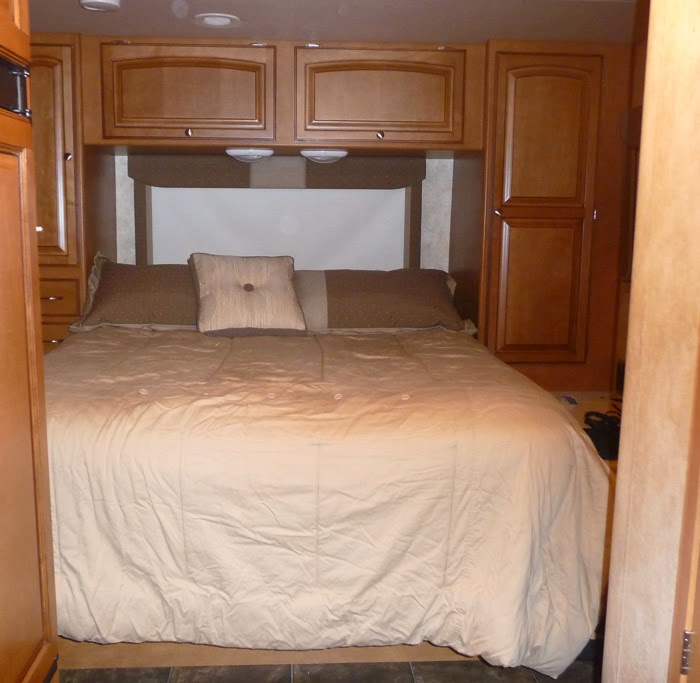 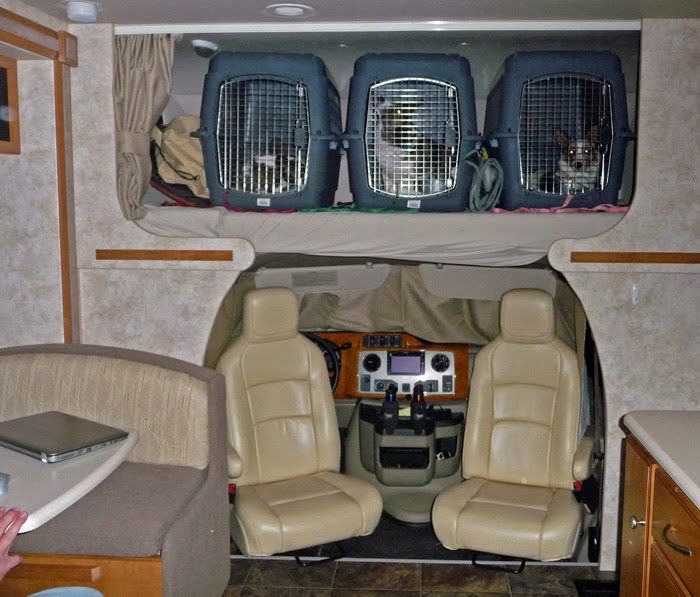 The seats turn around and become "recliners". Dinette on slide to the left. Dog condominiums (300 crates) above with extra storage behind. The three girls are up there while Hux is riding in an additional crate beside the bed. He said that he was terrified that I was going to drop him when attempting to lift him down. I tried to assure him that I wouldn't, but he wasn't going for it. 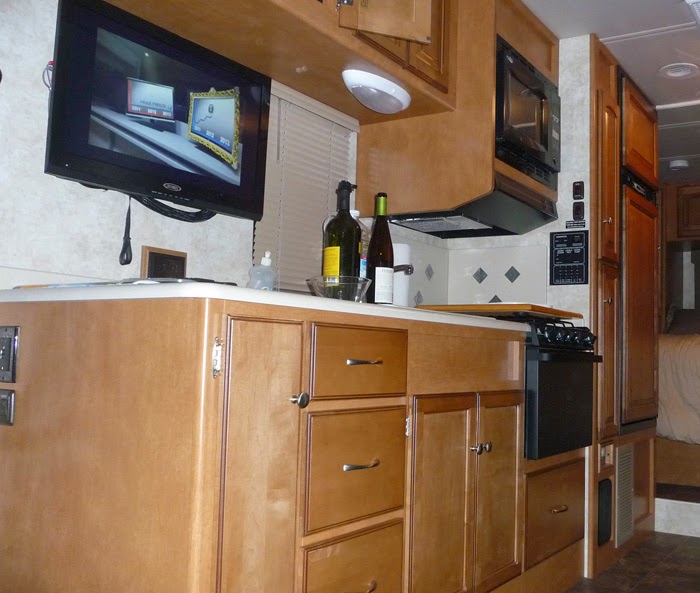 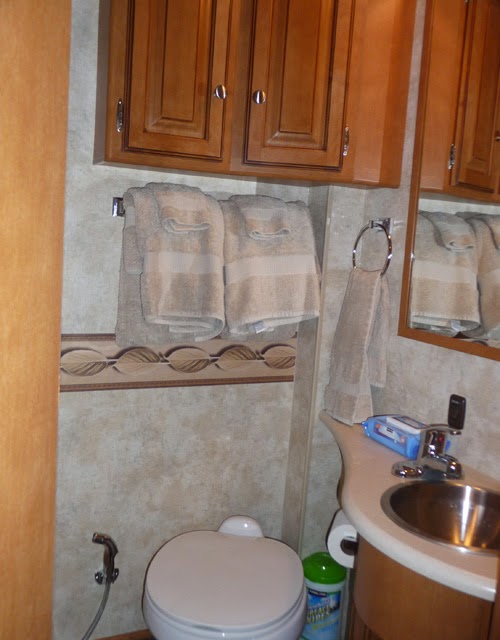 I debated whether to show the bathroom. I could only get part: the shower is behind the door.


There is also quite a bit of storage outside; the big compartment will even hold the booster bath when needed.

Now, back to watching the ducks!
Labels: California, Oregon