Champoeg and a Work Week

It's not all fun and games.  Sometimes we still have to work to pay park rent buy dog food.   We were able to steal some time and play hooky on Monday.

We spent the week at Champoeg State Park on the Willamette River.  On Monday Catherine came out and we visited an active archaeological site at the park: the oldest known settler's cabin in the area.  For those in the greater Portland area who might be interested: tours of the site are Mondays, Wednesdays, and Fridays at 10 a.m.  Wear walking shoes and take water.

In the 1840's and 50's Champoeg was a bustling settlement, rivaling Oregon City and Salem in size.  It was the site of Oregon's first provisional government. 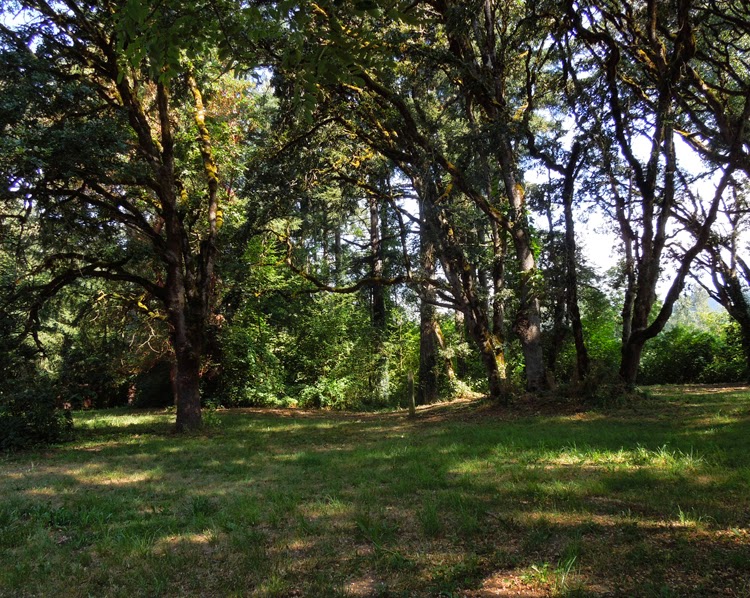 The depression that you see above was man-made.  A shop stood to the right and bags of goods and produce were slid down to boats waiting on the river below. 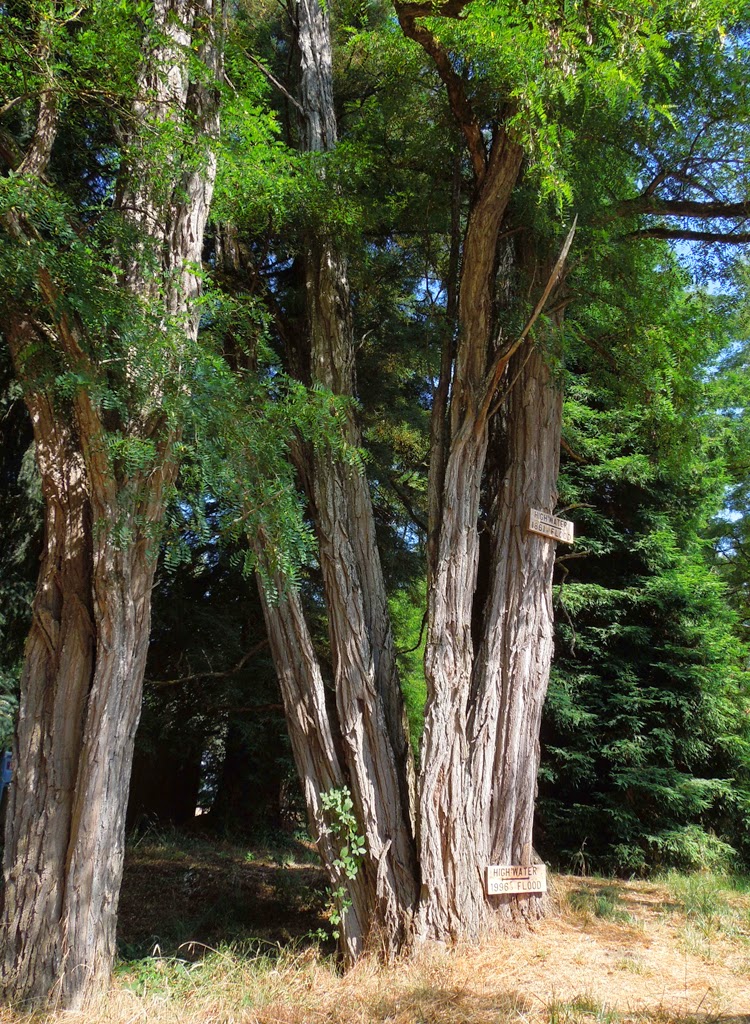 In 1861 the town was destroyed by what must have been an incredible volume of water in a catastrophic flood.  The bottom sign on this cottonwood shows the level of a more recent flood in 1996, while the upper one shows the level in 1861. 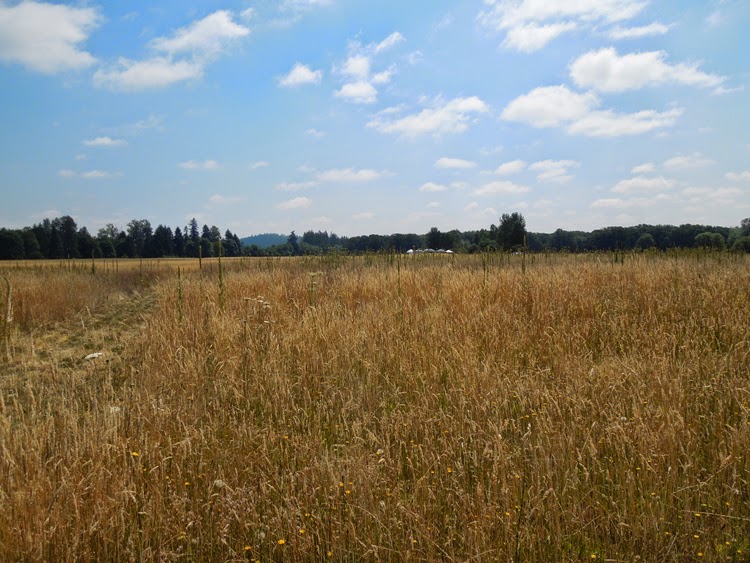 The archaeological site is seen above in the distance from what would have been approximately the middle of town, between the French and the American halves.

You can read more about the site at champoeg.org 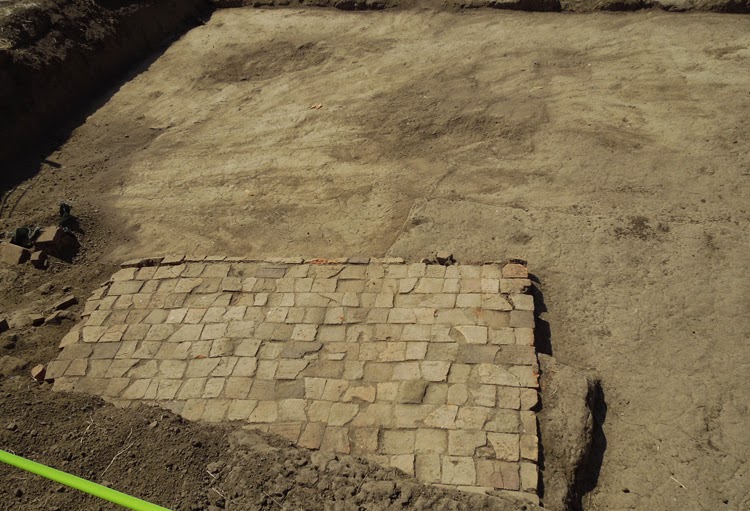 The brick hearth probably dates from 1833, when John Ball was the owner of the cabin.  He is listed as the eighth farmer in Oregon, and the first American to farm in the Pacific Northwest. 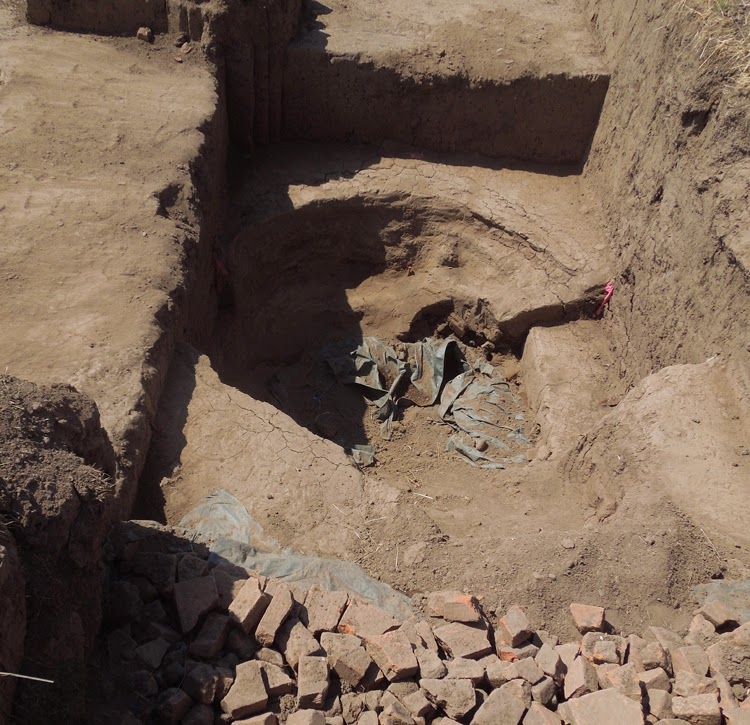 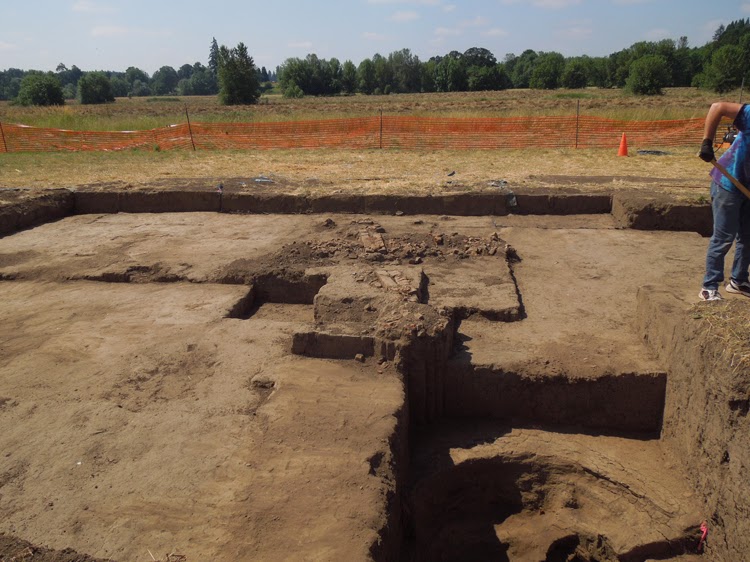 You can see bricks that were part of the front wall angling across the dig.  Most of the artifacts that have been found have been just outside of what would have been the front door.  Broken and used items were thrown into the fireplace then discarded with the ashes off the front porch. 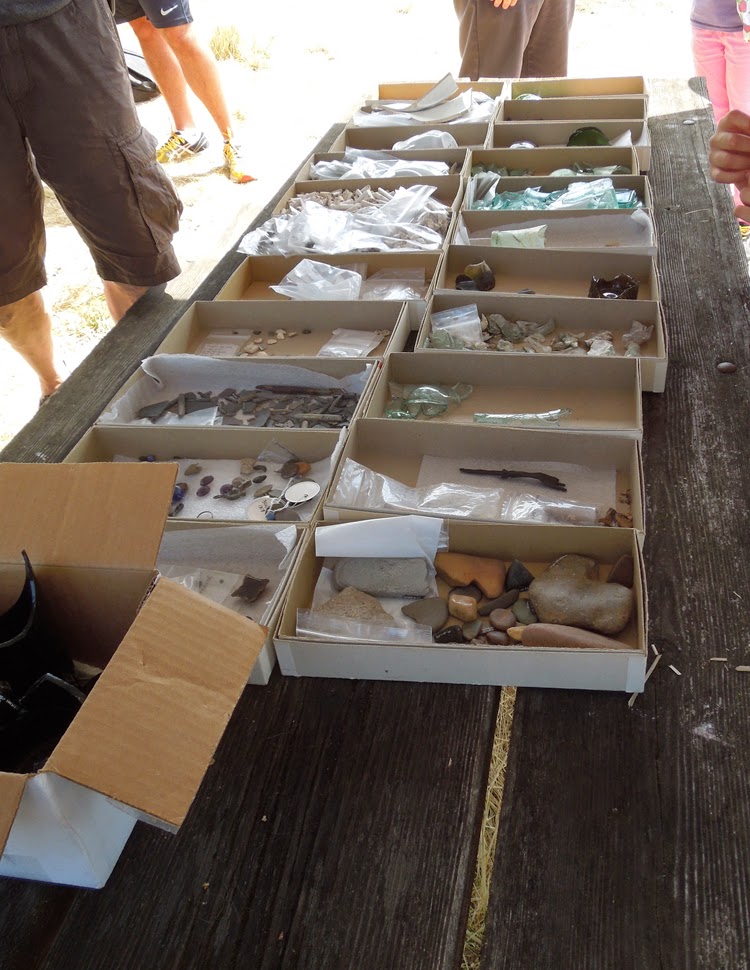 The artifacts are cleaned and cataloged on site by students from OSU. 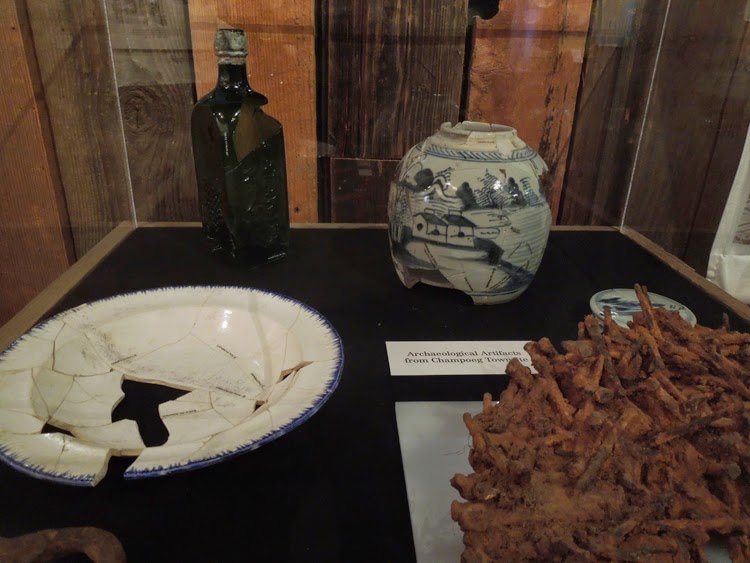 A few of the more complete things that have been found reside in the visitor center, including a rusted-together pile of nails.  The shoulder of the green bottle was recently recovered and is at the site on the table.  It will be added soon. 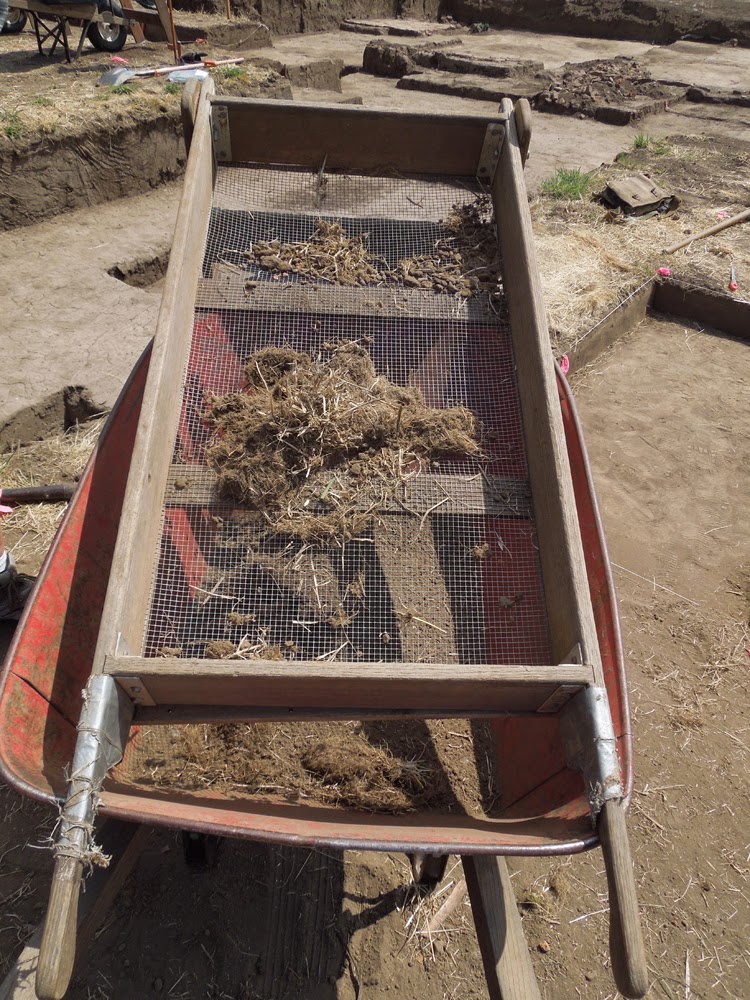 Screens are used to filter out smaller particles. 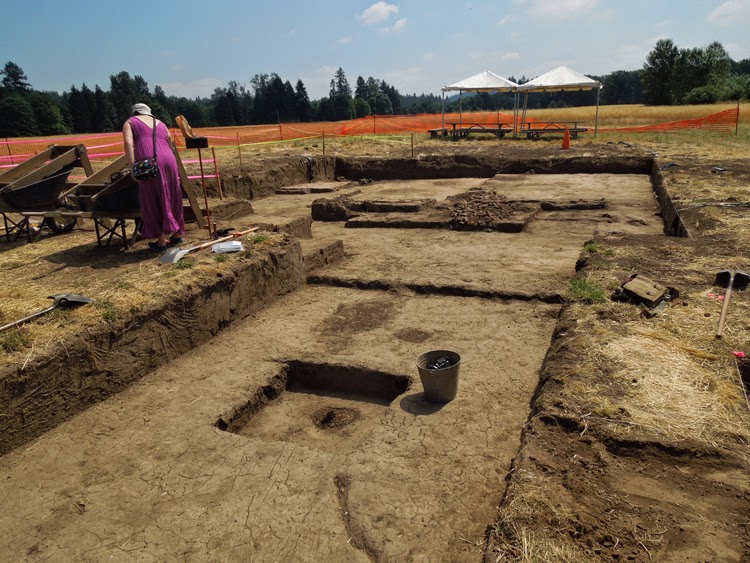 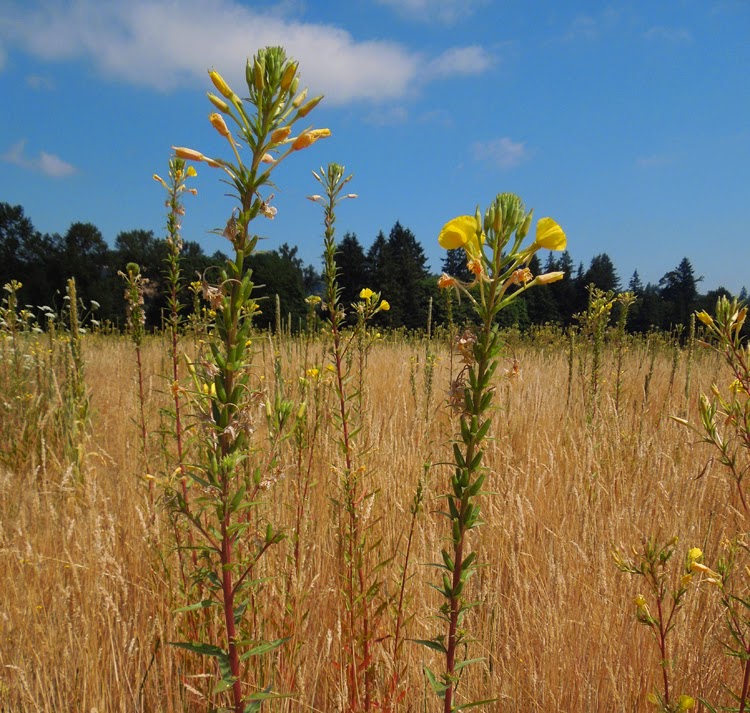 The area of the valley which includes Champoeg is known as French Prairie.  The park service has been working on restoring the natural prairie to the area. 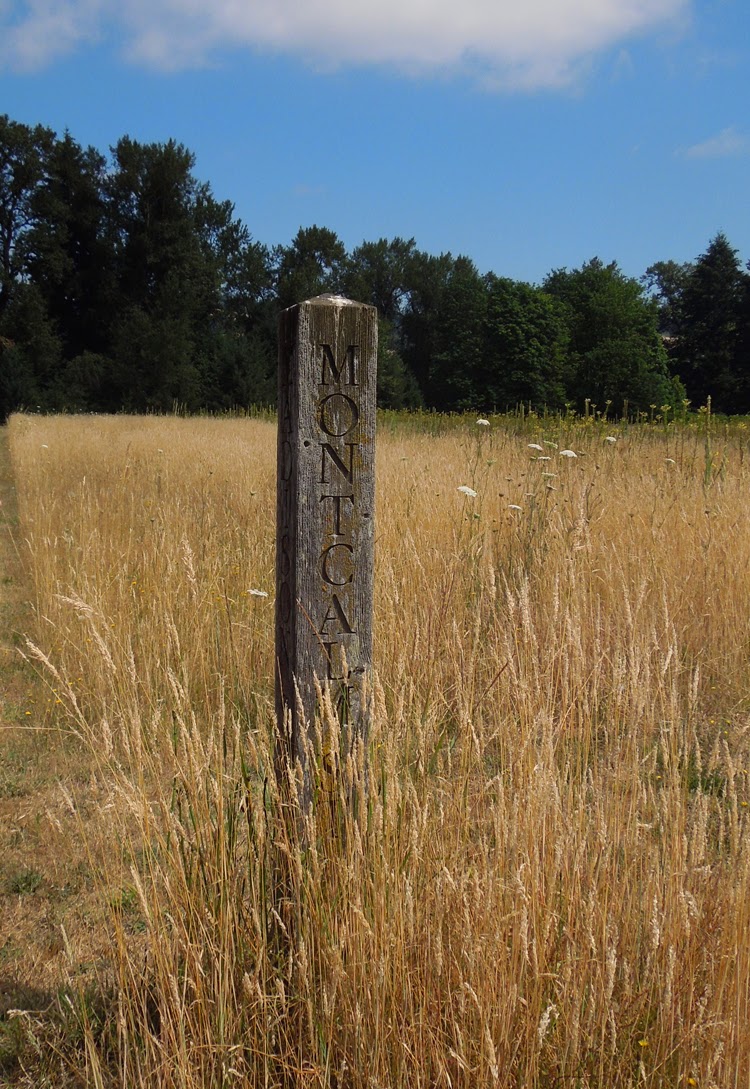 Many of the original streets of Champoeg are now mowed swaths of grass that you can meander through.  They are complete with street signs with the original mix of French and American names. 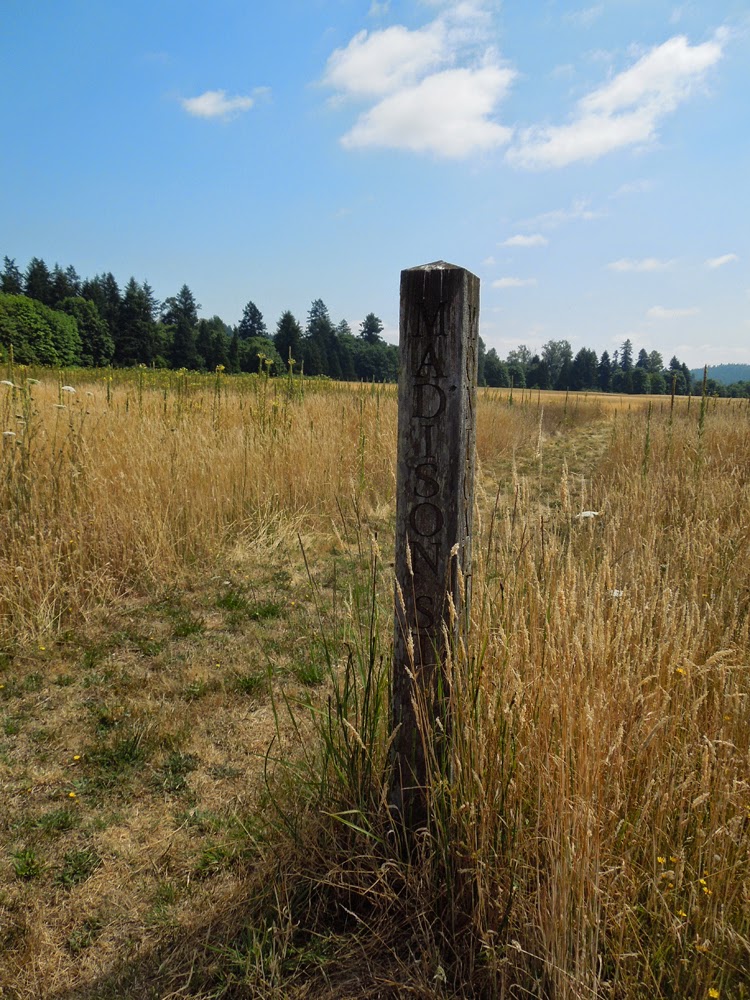 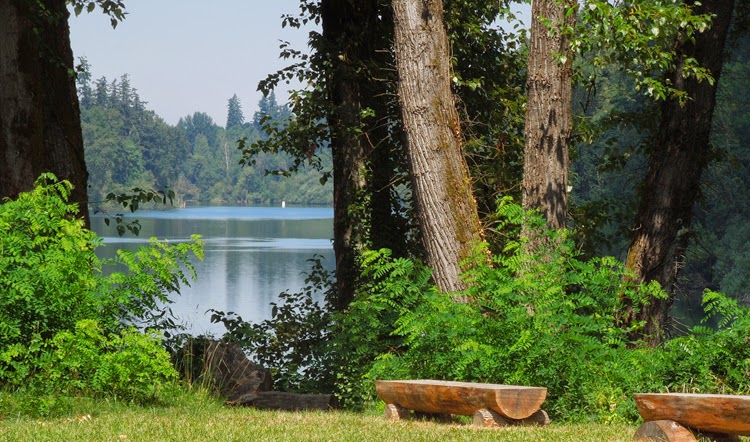 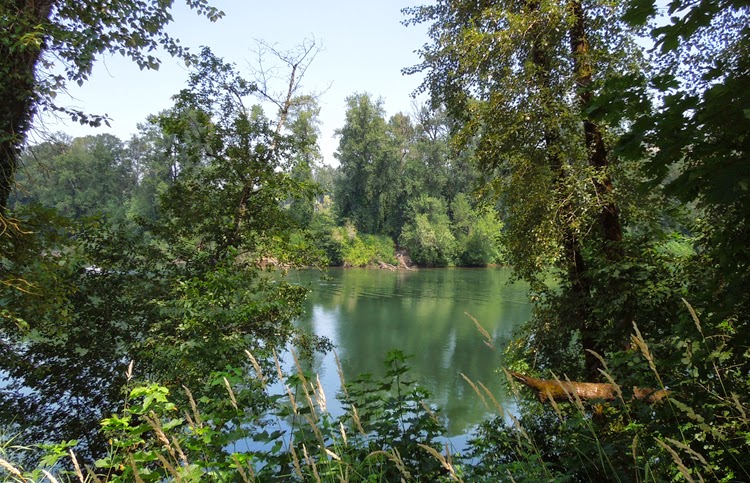 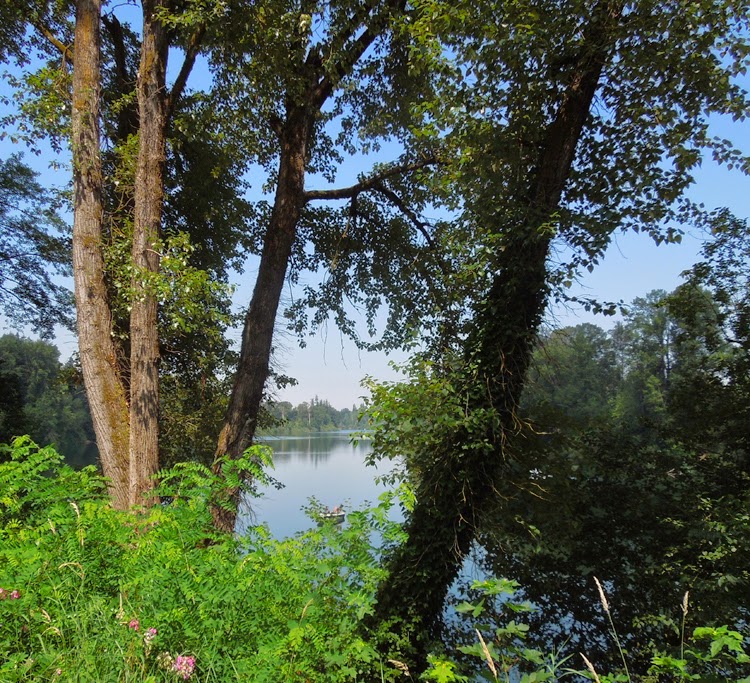 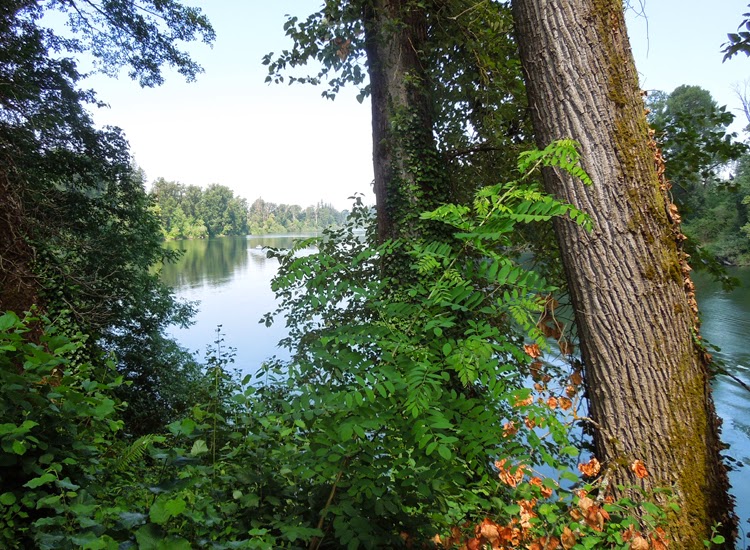 Monday afternoon Vicki and Molly came to visit.  I didn't take any pictures (!) but it was so great to see our sweet girl again.  I miss her terrible (especially when Kady and Dora are bad) but I can tell how much she and Vicki love each other so that makes it ok.

Most of the remainder of the week was spent working.  We are just finishing a large inventory bar-coding project for one of our fastest-growning clients: Golden Protective Services in Ohio.  We were onsite at the parent company's offices in Salem on Wednesday and Thursday for final training (Tom) and tweaking (me).  I have finished up the (fingers crossed) final changes this weekend.

And on Tuesday I also joined in administrative duties of The Cardigan Archives (cardiped.net).  We took over hosting it last July at a time when I was unfortunately in no shape to help.  But now I have time to hone my php and SQL database skills to take some of the load off of Rob.

And there was also some website work during the week.  The days are just packed.

Since Friday we've been at The Silver Fox RV Park outside of Estacada.  It's a three-tiered park which is busy lower down but we are on the top level of about 11 sites of which most are full-time residents. 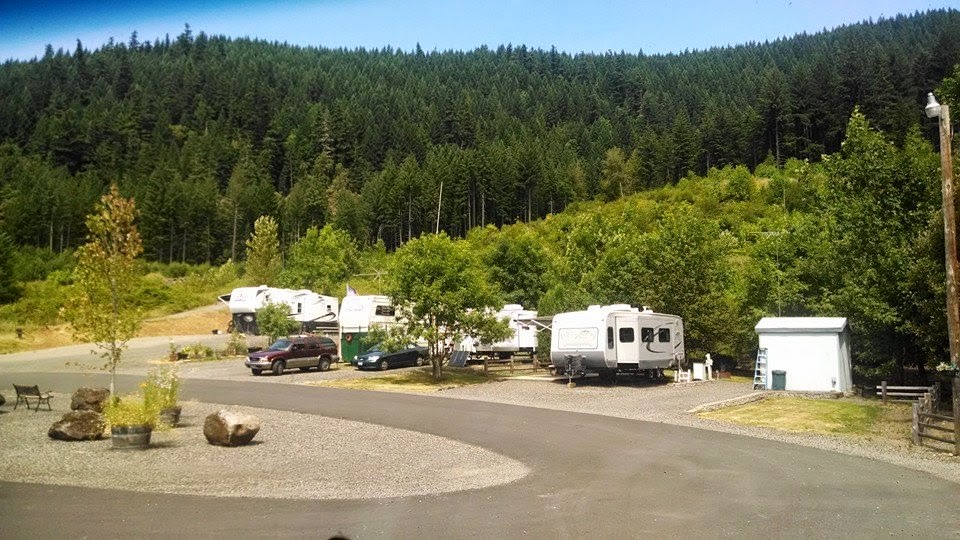 It's peaceful up here, though now I can hear a few children on the playground the next level down.   This morning it was cool and even rained which kept them inside. 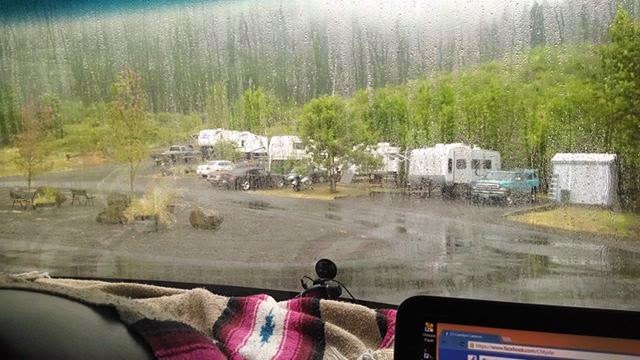 Memorable food and drink this week:

Wanker's Corner in Wilsonville.  Yeah, I know what it sounds like.  But in fact it's pretty good burgers and beer.

And today we enjoyed excellent beer, food, and company with Jamie and Catherine and Catherine's parents George and Julie at Fearless Brewing in Estacada.  We had left our two Fearless growlers (empty) back in Gold Hill so we had to purchase a new one to bring home filled with their porter.

As I type this post Kady is on the dashboard busily trying to convince me that Fearless porter is one of the necessities of life for Cardigans. 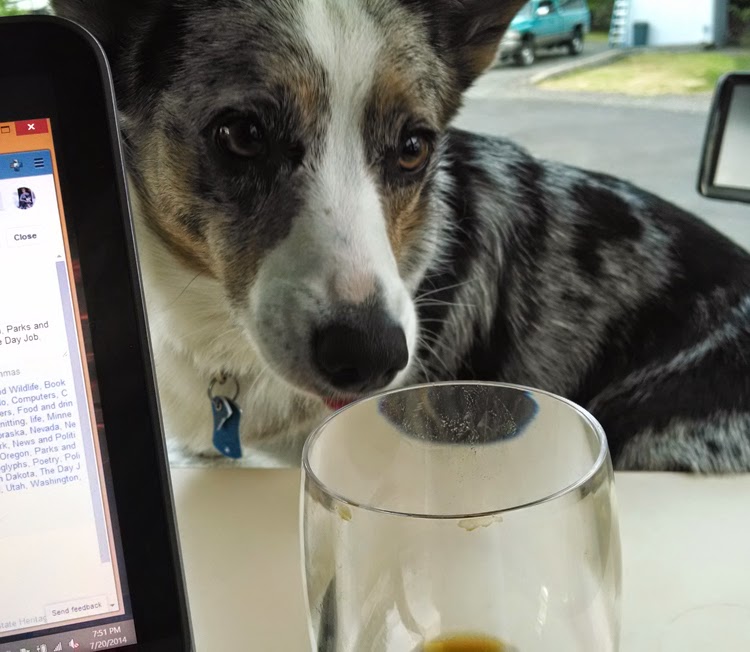 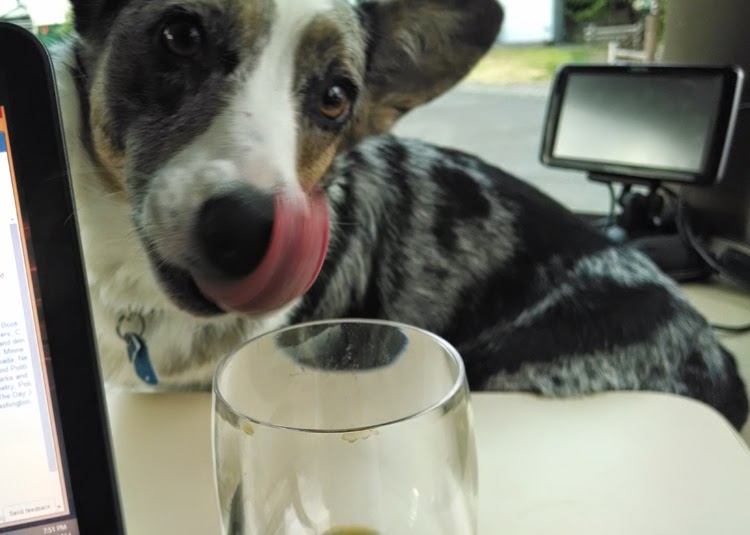 "Good to the last drop!"