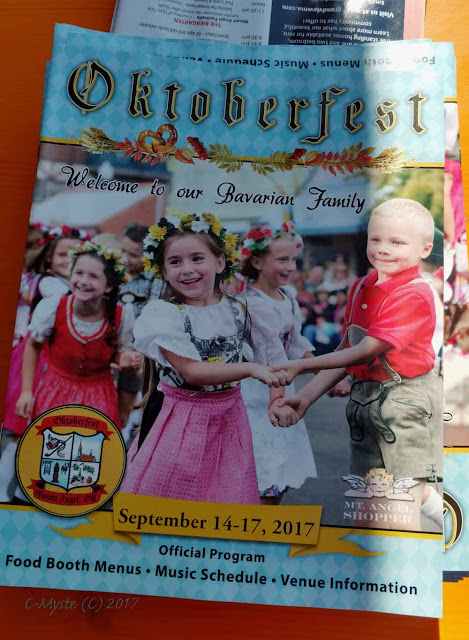 The German settlement of Mount Angel Oregon holds an annual four-day event each September. This year we were able to attend, though we had to stay up at Barton Park. We already have reservations at Silver Spur in Silverton for that block of time next year. 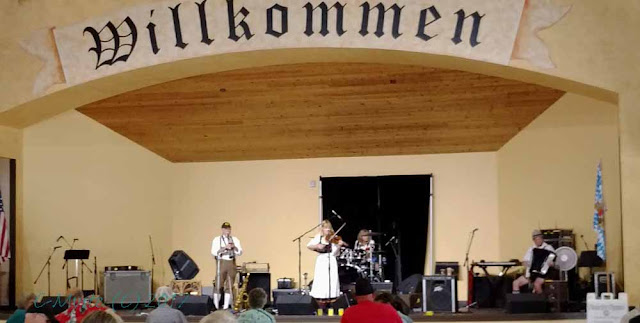 There are several different venues with entertainment. Each features a different German or Bavarian brewer as well as a local brewery. 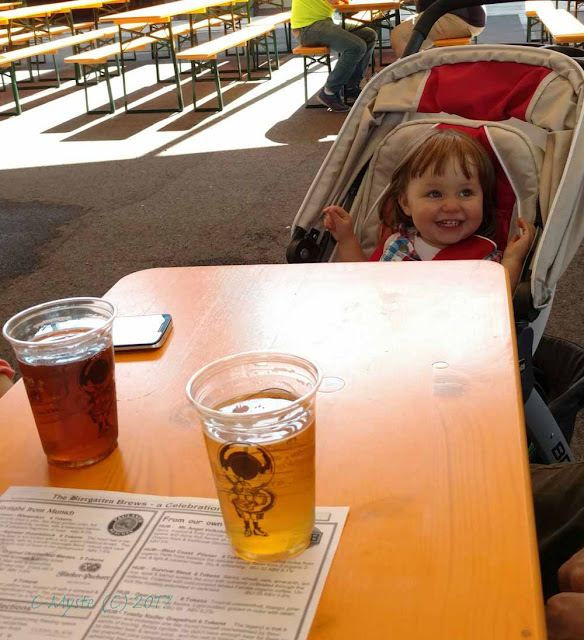 Nora enjoyed herself even though she couldn't partake. 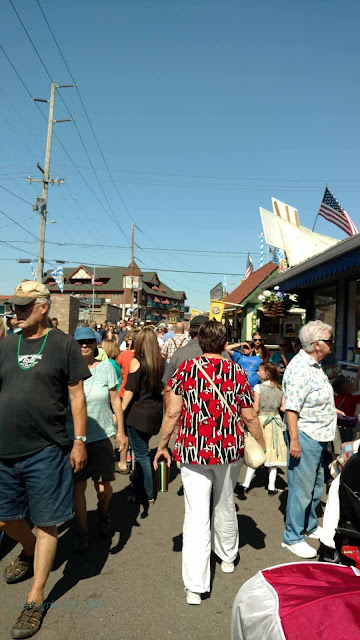 This shows the throngs of people. 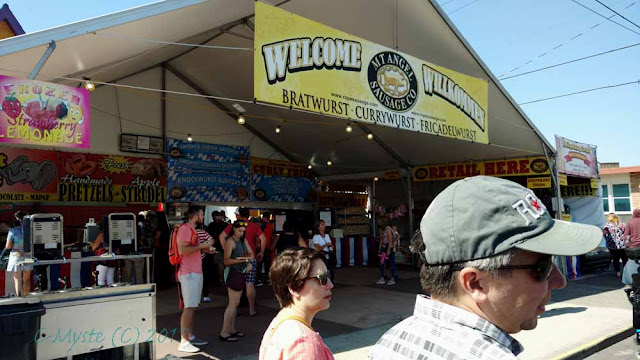 Catherine and Jamie deciding what we want to eat. 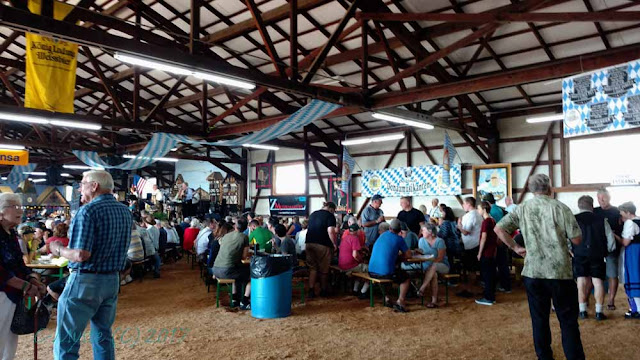 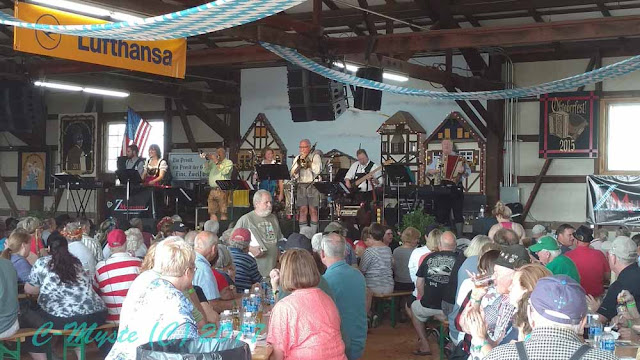 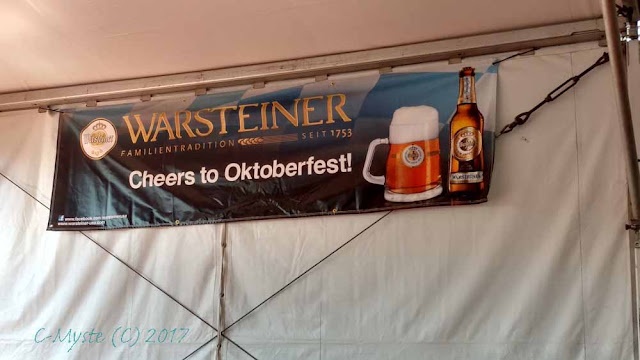 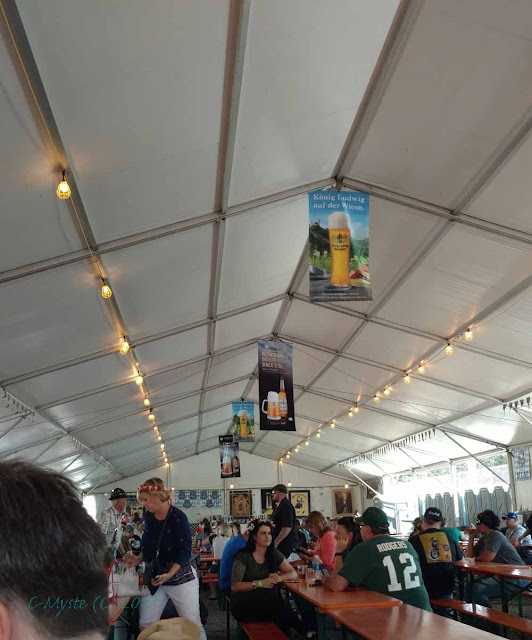 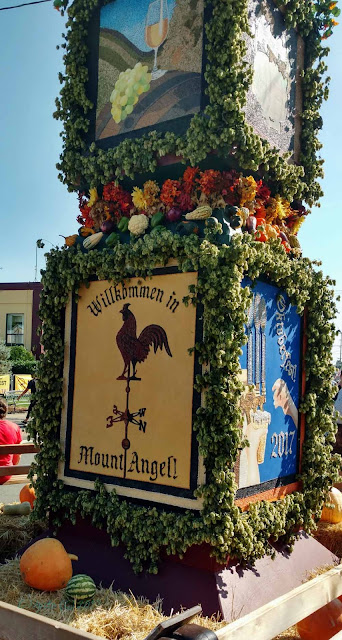 The third beer venue featured Nora's favorite of the bands. 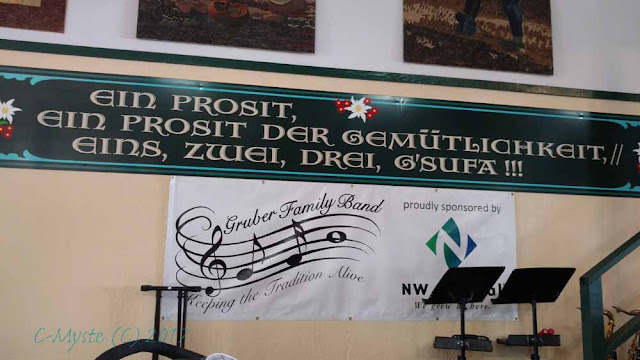 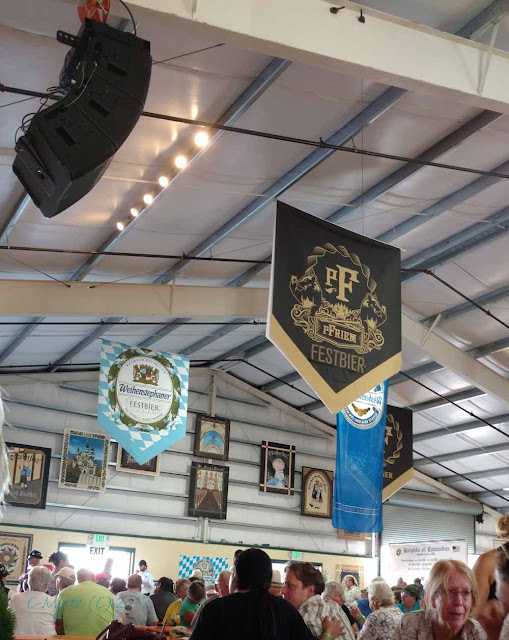 They made a musical entrance, marching right by our table! 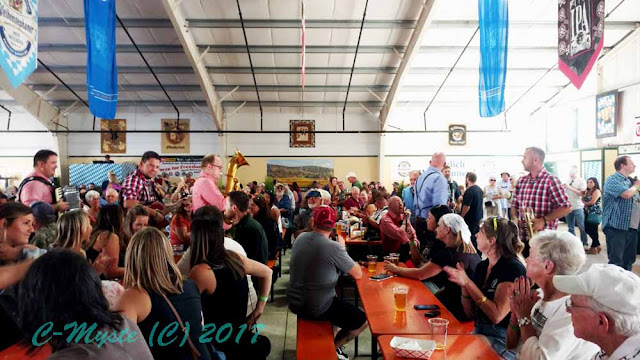 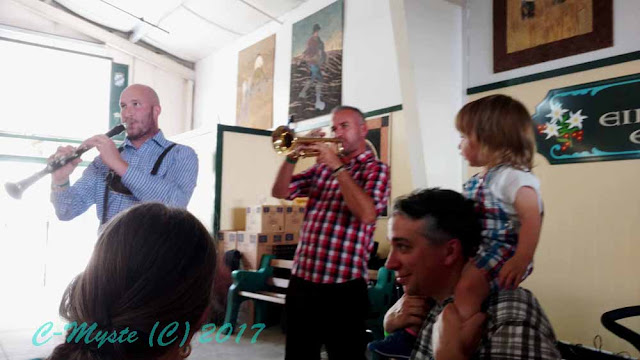 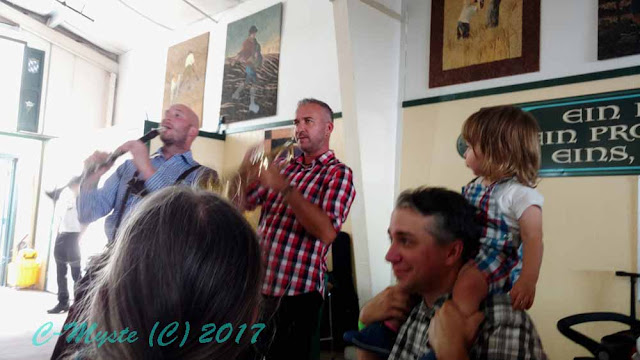 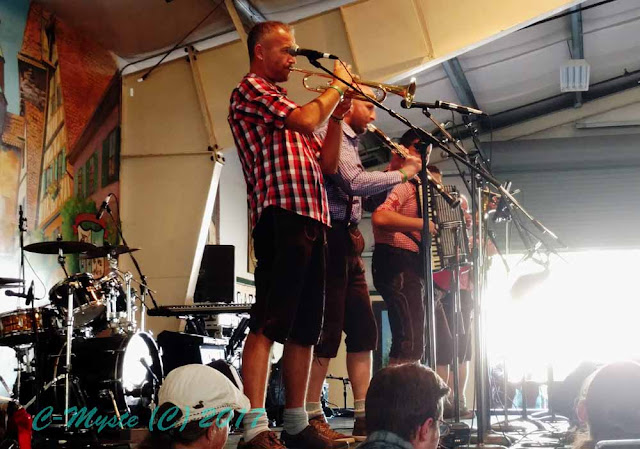 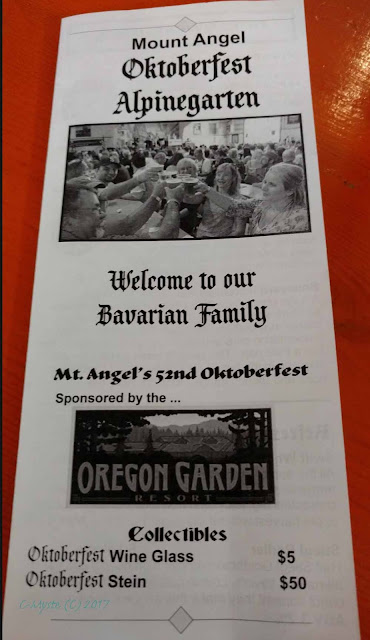 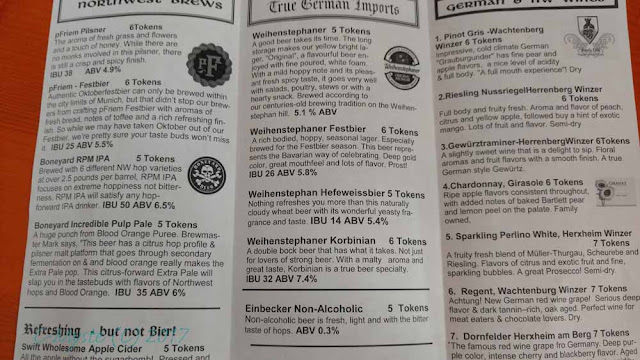 As usual at street fairs, there were a large number of booths. 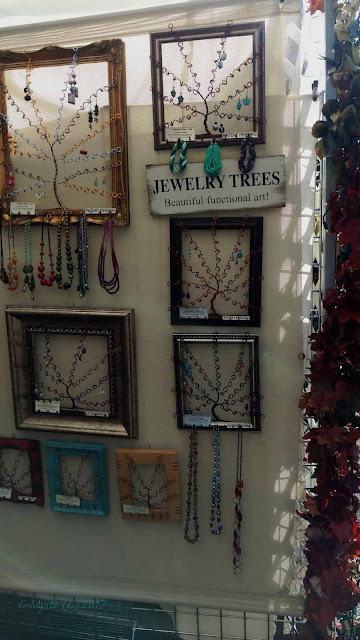 I took this picture to remember the clever idea. 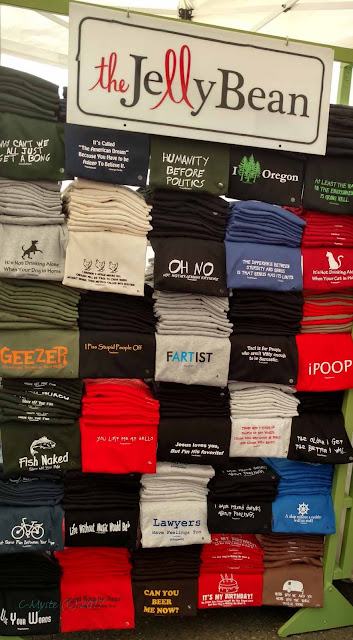 A number of great t-shirts.