Time to subject everyone to another day of vacation photos. The first stop after dropping Alice off at SeaTac was Cape Disappointment State Park in Washington. We had a campsite on the lake and it only rained at night. The campsite was a little open for my taste, therefore leading to too many children visiting the dogs. But it was still a pretty spot. 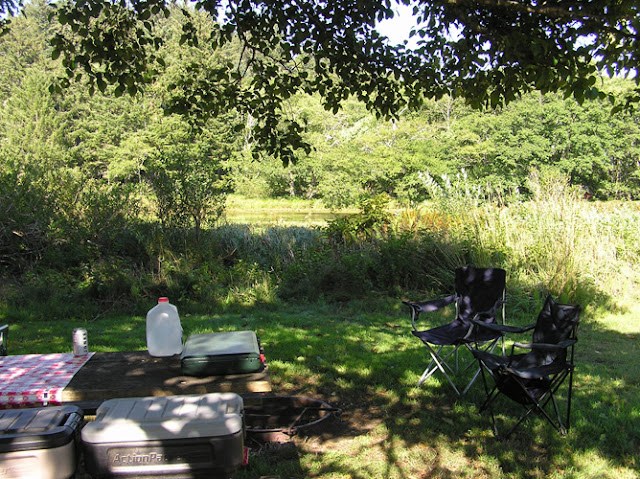 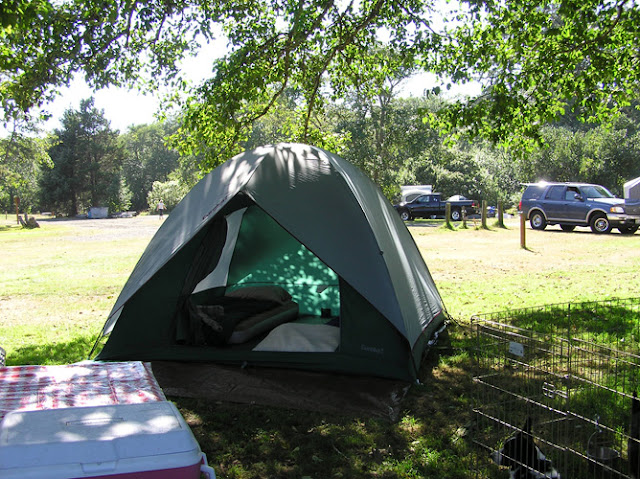 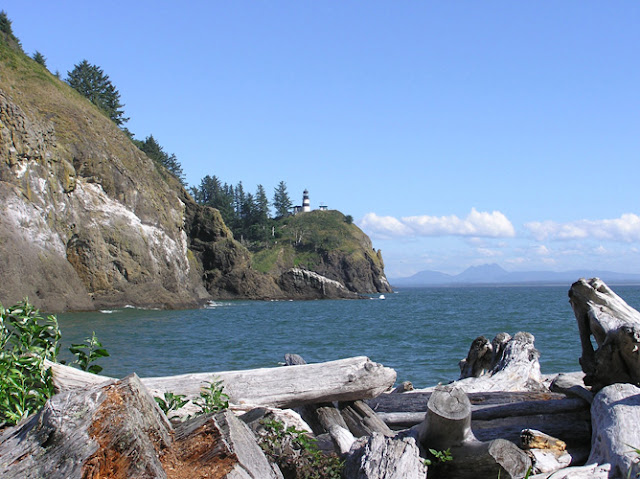 View of the Cape Disappointment lighthouse from the state park. 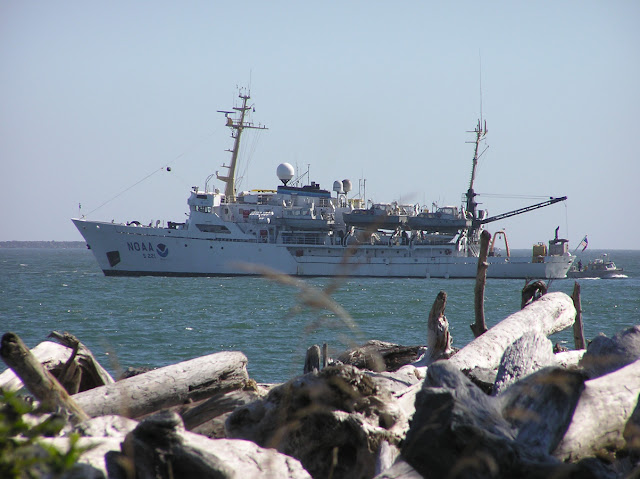 NOAA ship Rainier off the north bar.
Cape Disappointment is the end of the "Voyage of Discovery". It took us a little longer than it did Lewis and Clark. We left St Louis in May of 2004 and it took us until August of 2007 to arrive at the mouth of the Columbia. Life and jobs kept interfering. 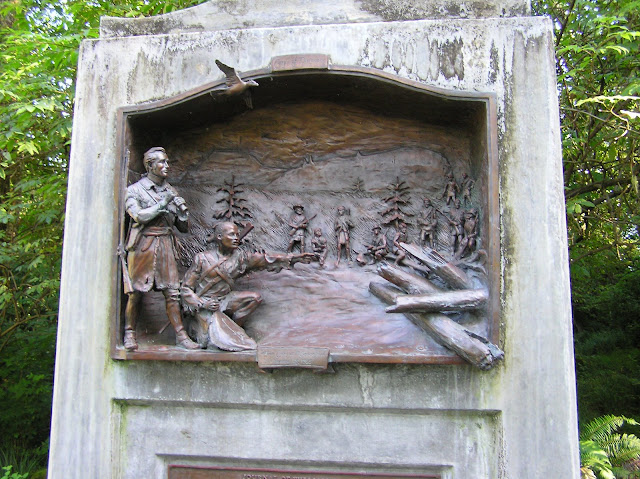 Monument in the state park commemorating the end of the journey. 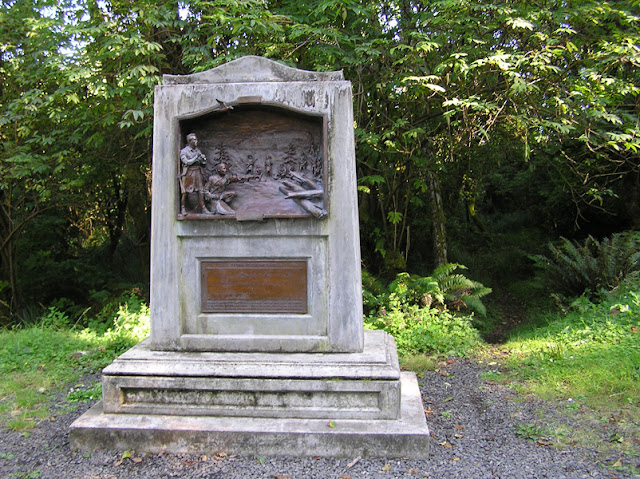 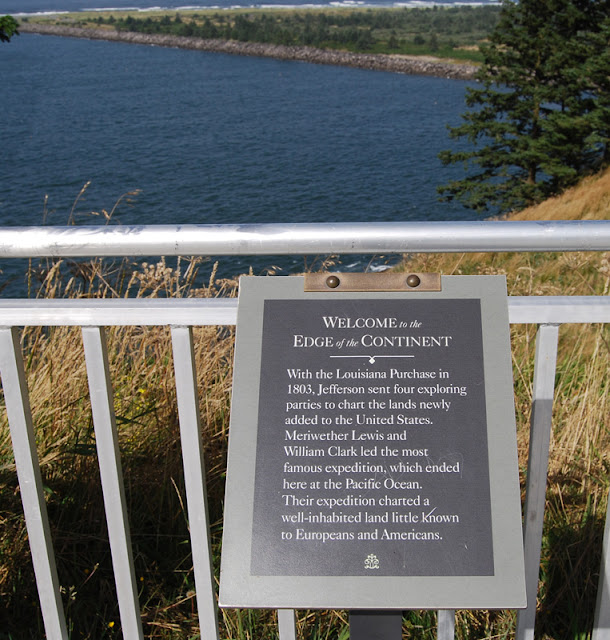 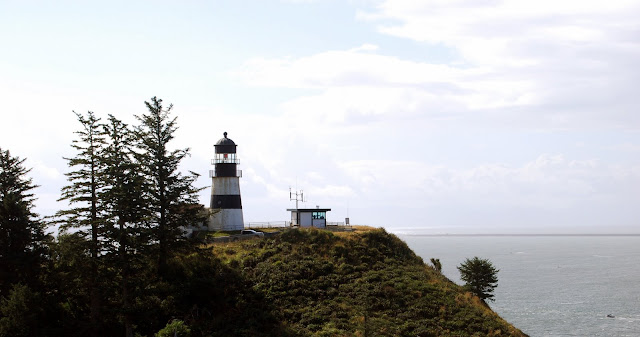 Two views of the lighthouse from the Lewis and Clark Interpretive Center. 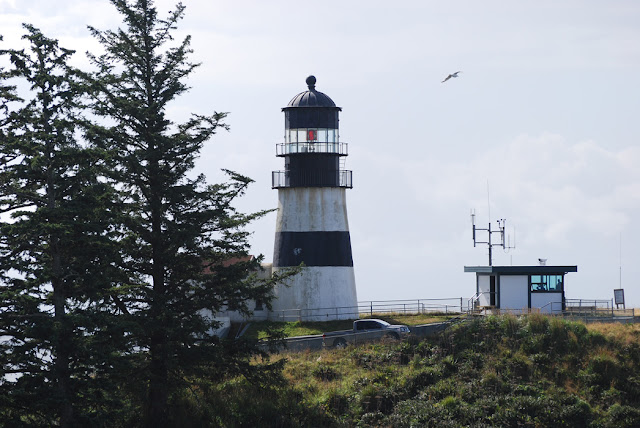 We spent quite a while watching pelicans and cormorants fishing at the base of the cliff. 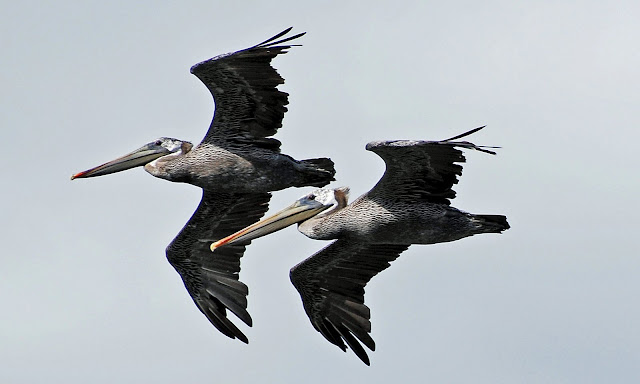 Terrific picture above credited to Tom 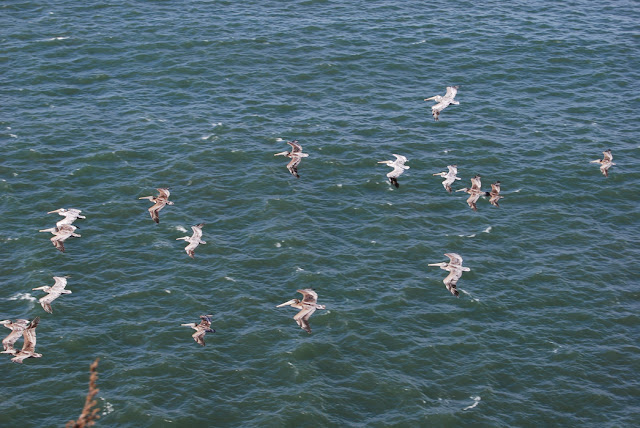 Brown pelicans. The same flock would circle again and again. 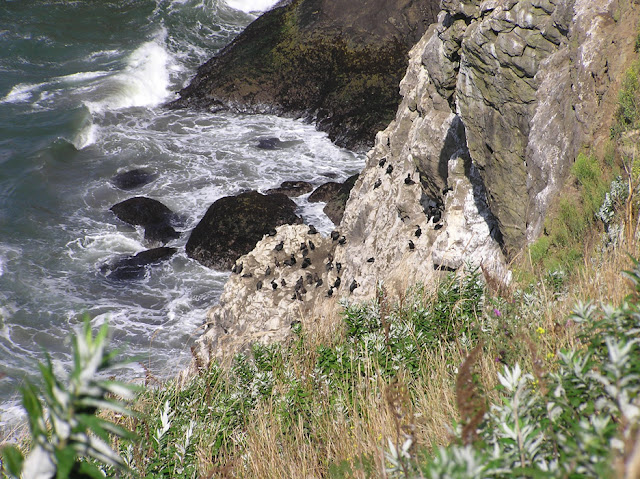 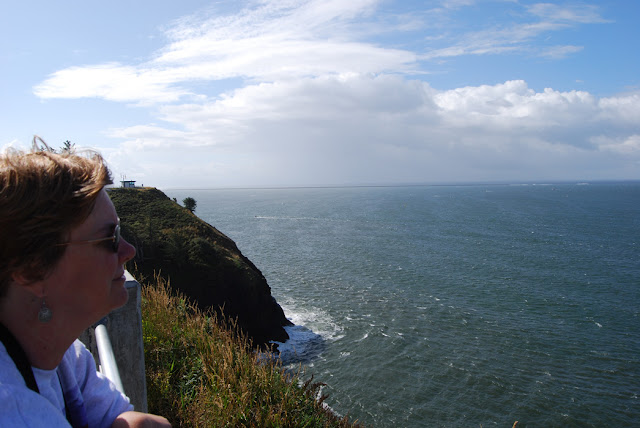 Me enjoying the ocean breeze and the sun.

Panorama of the mouth of the Columbia by Tom.
Labels: Birds and Wildlife, Ocean, Washington