Brought to you by the letter B

At the end of our second stay at Fort Stevens near Astoria, Jamie and Catherine drove over for a Sunday visit.   After touring several of the forts in the area (Fort Canby at Cape Disappointment, Fort Columbia, Fort Stevens, and Fort George Brewing), Catherine suggested that I title a blog post Bunkers and Brews.  The last few weeks I've gotten behind in blogging our travels, and I have added to the B collection. 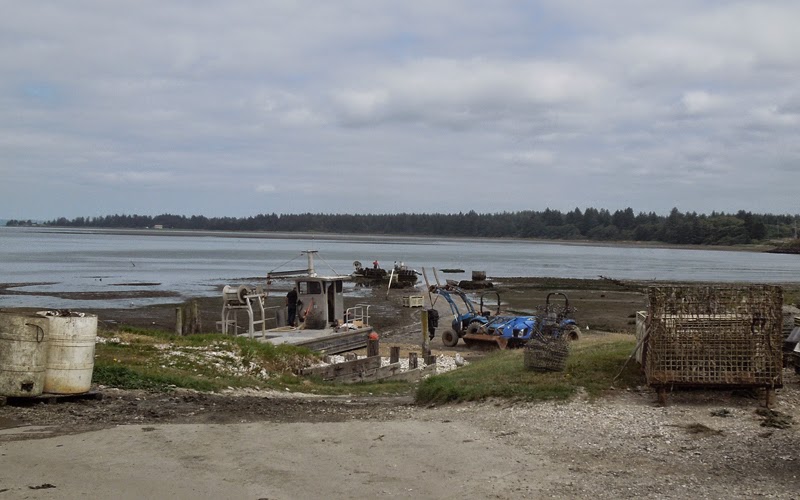 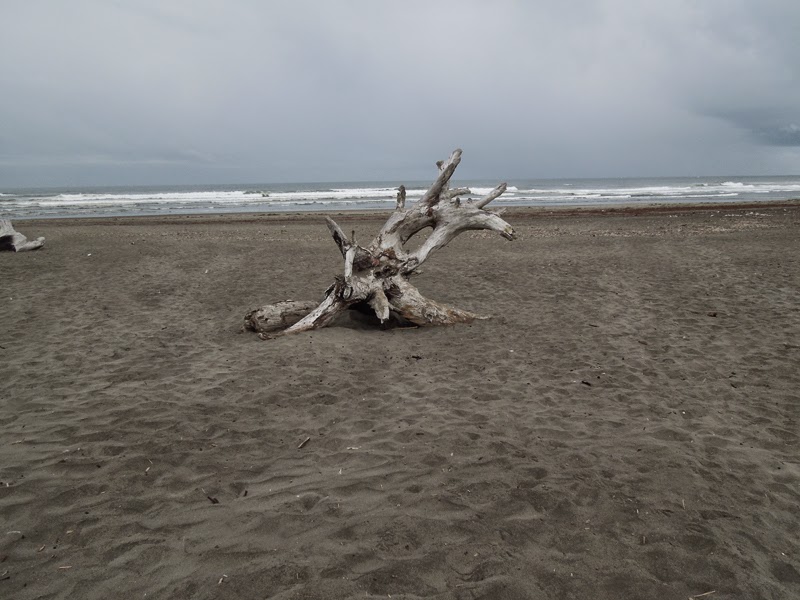 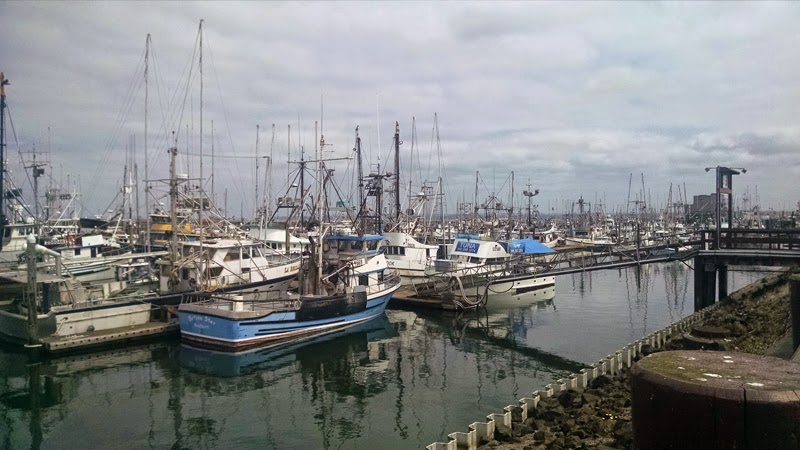 Boats, these at Westport. 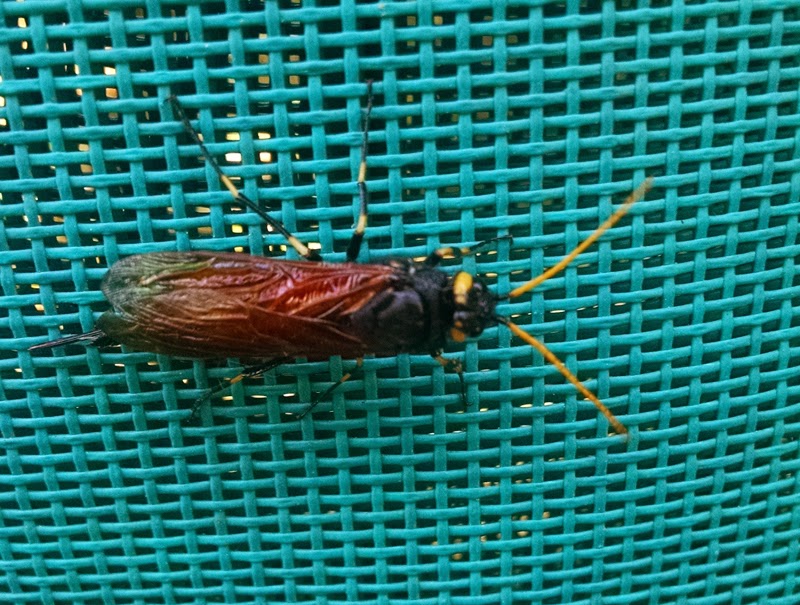 Bugs.  I captured this better picture of a Horntail Wasp which I had never run into before the Washington coast. 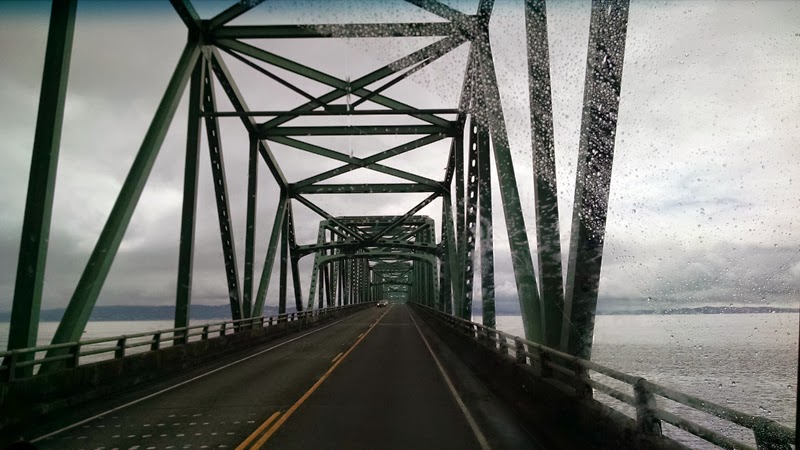 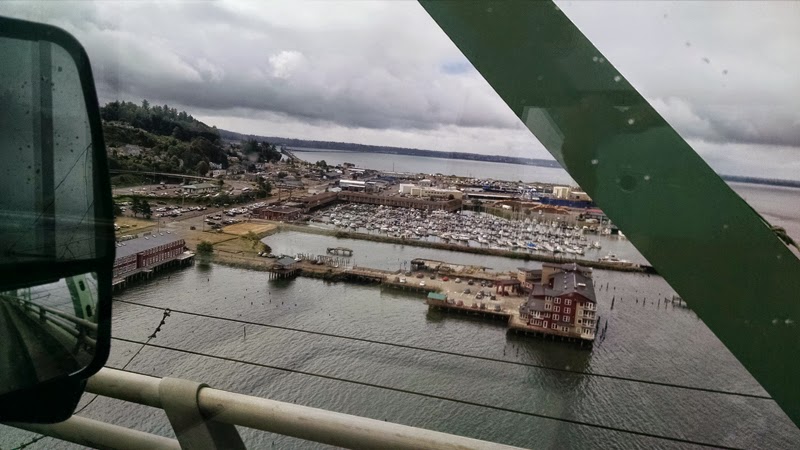 The below pictures are from Fort Columbia in Washington: 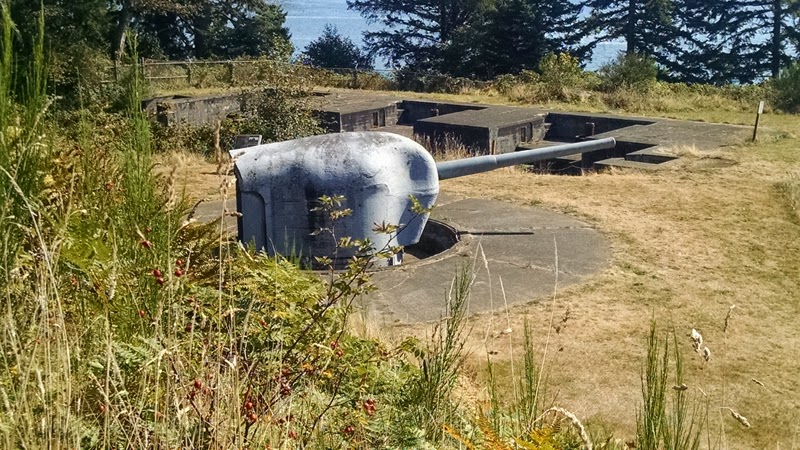 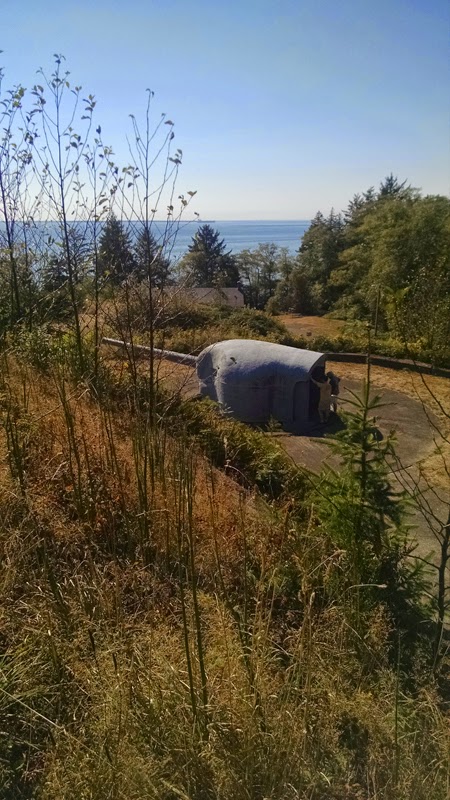 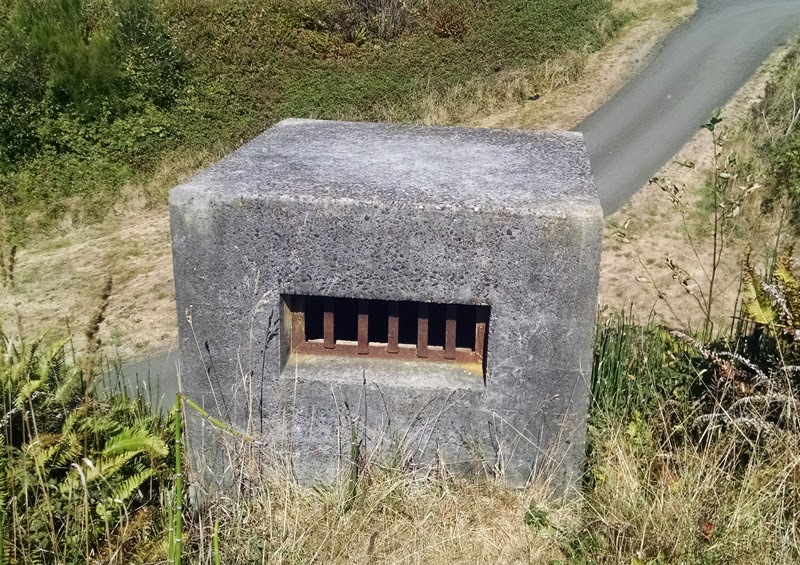 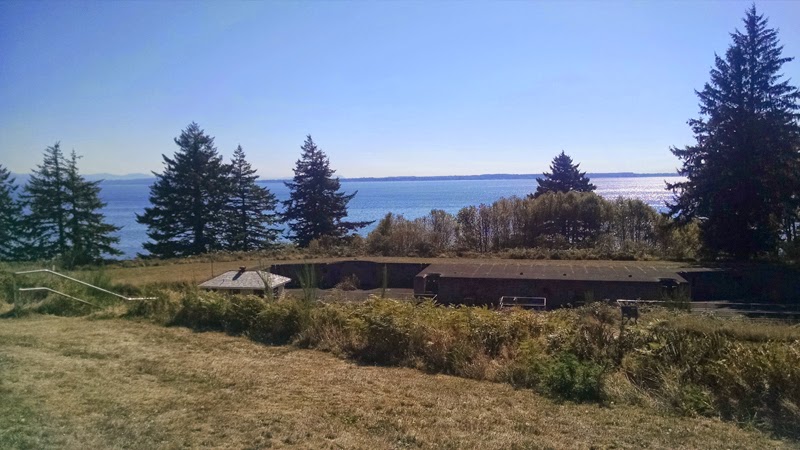 It was a great day for sight-seeing on the Oregon/Washington coast: warm and sunny.  We even took the top panels off of the jeep to better enjoy the drive and weather. Tom is very sensitive to sounds while driving, which I sometimes find irritating in the Palazzo as I search out the sources while going down the road. On this particular day we kept hearing a click, click, click from the jeep.   Catherine and I were convinced that it was gravel stuck in the jeep tires; they have an aggressive tread that picks up rocks easily.  We assumed that we could hear it due to the top panels being out and the guys accepted our verdict.

Wrong.   Which brings us to the next B word: Broken!

We had a nice early dinner on the patio at Fort George then headed back to the state park.   We had just crossed over the Young's Bay Bridge when the jeep's gauge suddenly went all of the way to HOT and the power steering simultaneously quit.   Tom was able to steer into a parking lot.  Got out, popped open the hood, and what he saw was: 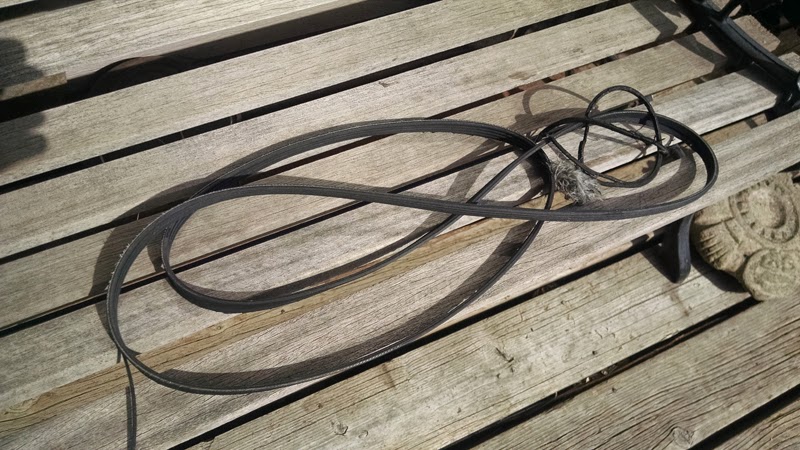 A shredded serpentine belt.  The click-click-click was not gravel after all.   It was the shredded portion of the belt hitting a heat shield as it went around and around. 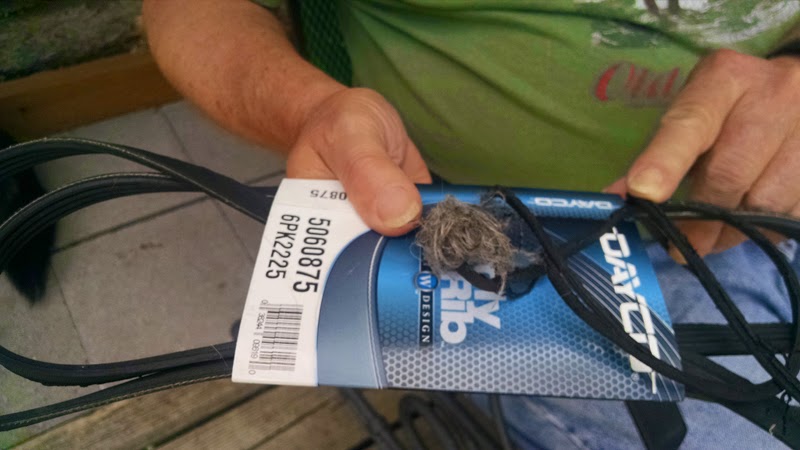 He called Coach-Net for help and was trying to explain our situation including the fact that we were at that point SEVEN MILES from the campground (there seemed to be some problem with four people not fitting in a tow truck!)

Who can believe our good fortune that:

1) We were not in the middle of either of the bridges.

2) A savior appeared.  A young man name Jason drove up while Tom was arguing with Coach-Net.  "I'm a mechanic, can I help?"  Jason drove Tom to AutoZone for a new belt and the tool needed to replace it while the rest of us waited with the jeep.   Then Jason and Jamie were able to replace the belt (and it was a chore) while I entertained Jason's four-year-old daughter Natalie in the parking lot for an hour.  It was a very long hour, but worth it for all of us.

Leaving Astoria the next morning, we traveled to LePage Park on the John Day. 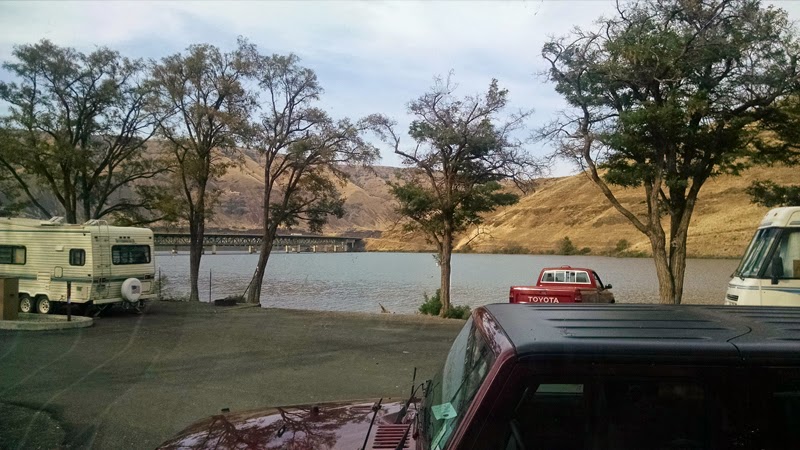 A view of the Bridge where the John Day meets the Columbia.  We had a nice couple of days visiting with Gary and Louise, toured the Maryhill Museum, did a little wine tasting.  Unfortunately, the Verizon coverage is still spotty there so we moved on a day early. 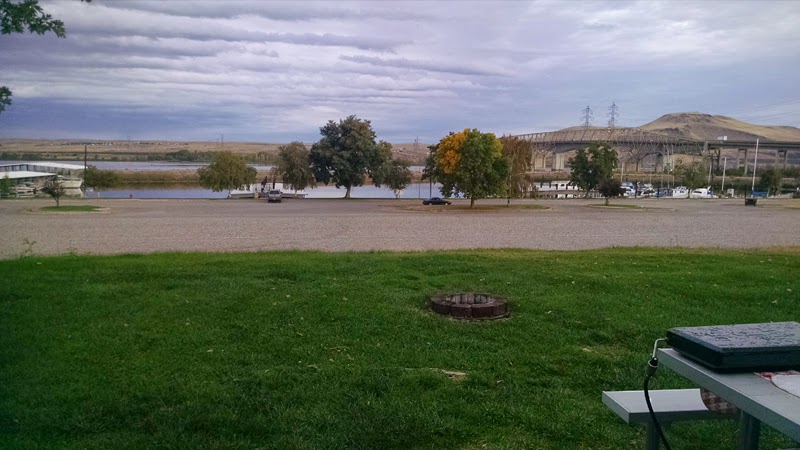 Which led us to find one of our new favorite places to stay before-and-after the northwest Cardigan regional specialty: the Umatilla Marina RV Park.  With another Bridge view, more Boats, and even a Beach for Dora's wading pleasure. 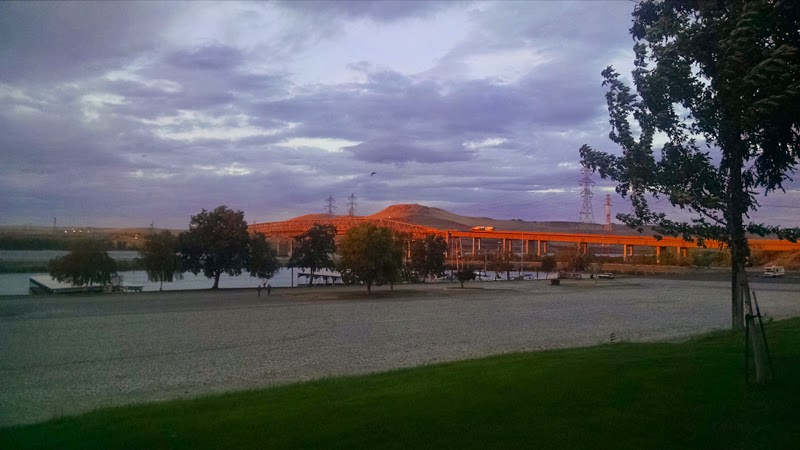 The Bridge at sunset.

After the specialty, we spent an extra day in Umatilla working as we had to help one of our clients set up a new set of Books.  Then we started heading south and east. 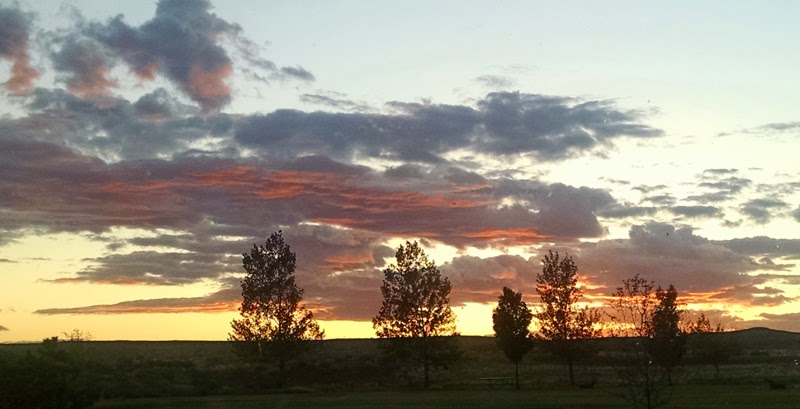 Kady will tell you more.  We only had overnight, but it warrants a return visit.

The next day we made it as far as Evanston, Wyoming where it was sleet/snowing and cold.  The following day we had to put in over 400 miles as we had a reservation to keep. I-80 across Wyoming.  Most of the scenery is something like this.  Boring. 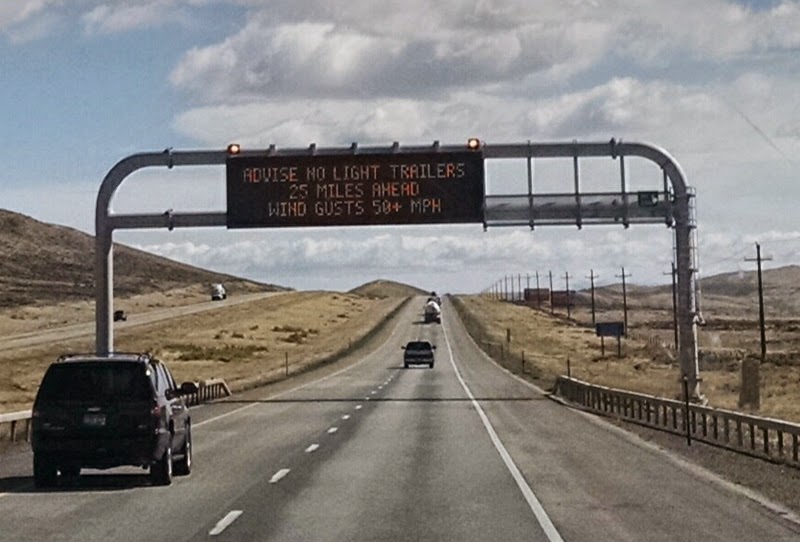 But the Bastardly weather gods decided to liven things up for us.  Blustery, Blowing. We stopped to walk dogs at the Wagonhound rest area near Elk Mountain (above).  We could barely open the door of the RV. 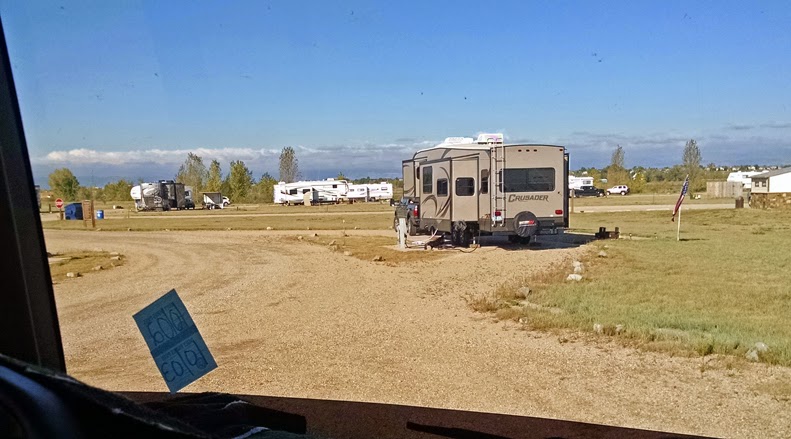 But somehow we made it to Colorado, where I spent another couple of days working on customer's Books before taking some time off for fun.  At least we had a view of the snow-covered Rockies to enjoy.

Fun like shopping at Costco. We needed to replenish a few items, like paper towels and red wine. Next B word: Booze!  Colorado has not changed since we were here two years ago: you still cannot buy anything other than Lite Beer (yuck) in grocery stores.   But Costco has (almost) found a way around it.   Inside the Costco main entrance but outside of the store itself is a liquor store. 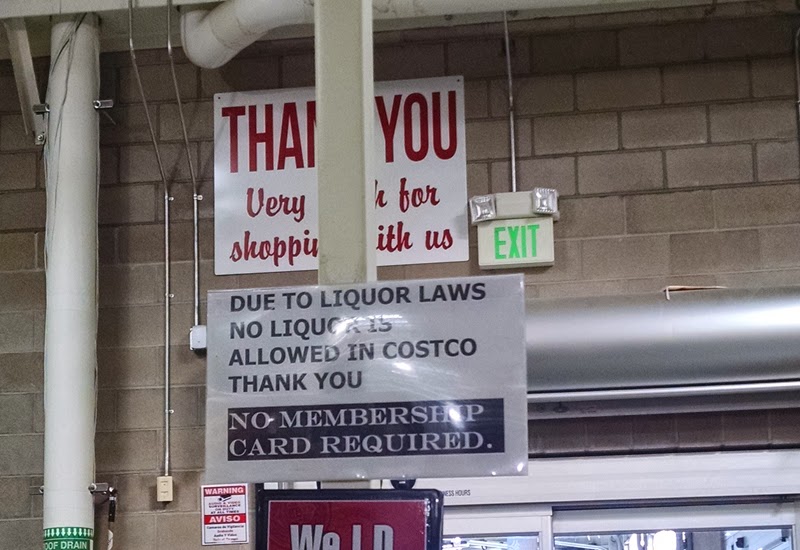 It is an independent store "not affiliated with Costco" except that they have the same shelving and wine-display boxes.   Unfortunately the prices are not Costco prices.   We are missing Bevmo, but we will be there soon. 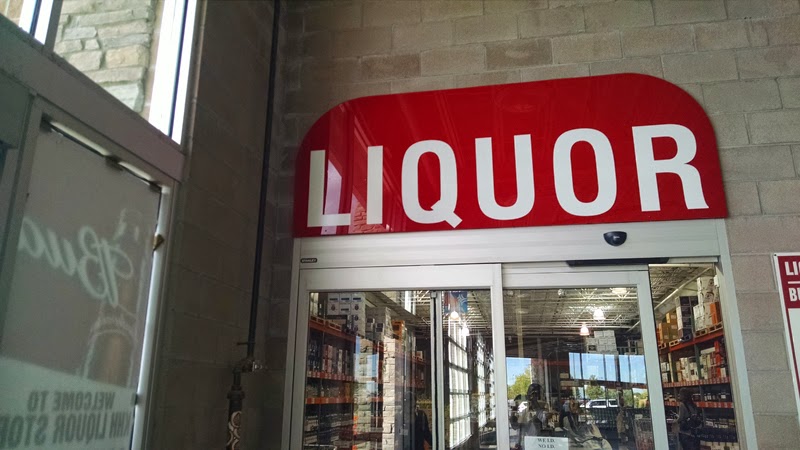 And we are Back where we Belong: Lemon Bites!   We have so missed you since last winter.  Especially good when frozen. 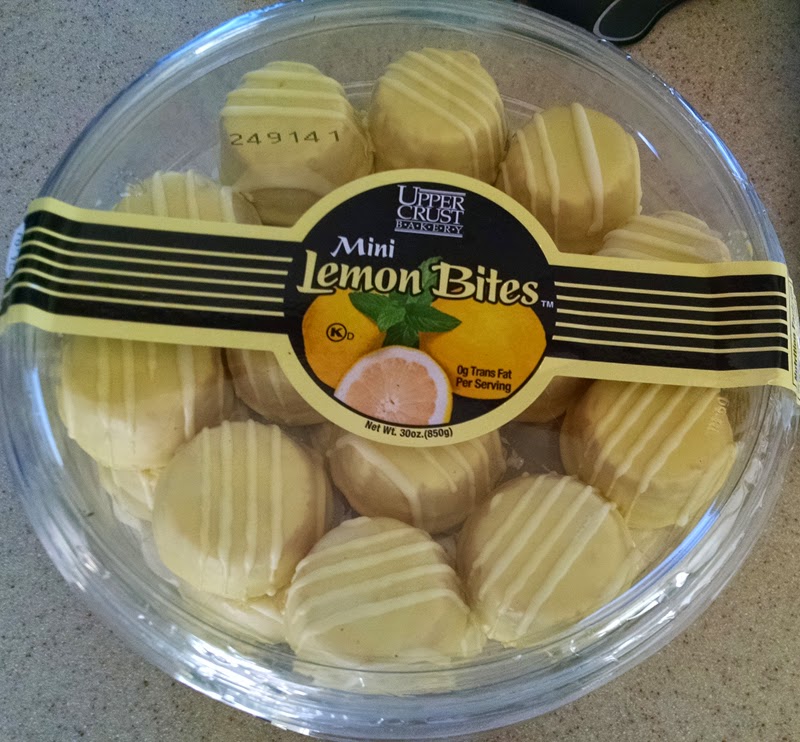 Ok remember the whole Broken thing?
This trip has been hard on the Palazzo. 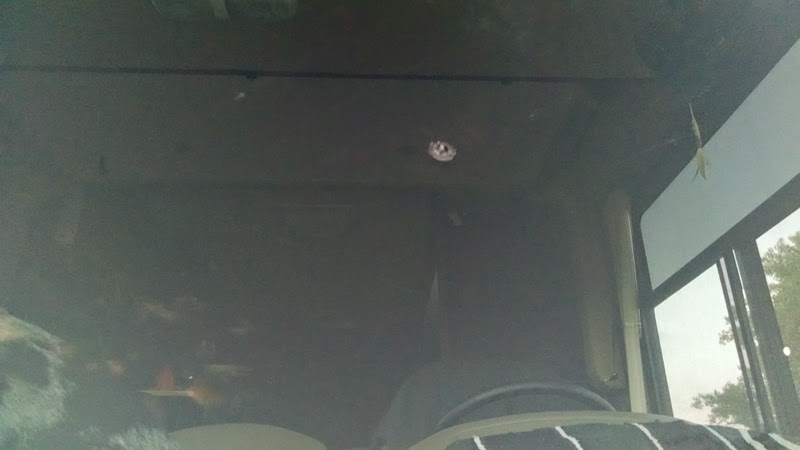 A speeding pickup near Idaho/Utah border threw a rock at our windshield and didn't miss.  Fortunately it is not in Tom's line of sight when driving; it only annoys me.  We can live with it for now.

The rough roads in Utah and Wyoming shook a fitting loose on our fresh-water tank, but Tom was able to find and tighten it.

And we have another leak of some type from our front passenger-side jack which I noticed when Tom raised the jacks before switching sites here at St Vrain State Park.  To be checked out.

But the Bigger thing - or maybe I should say smaller: 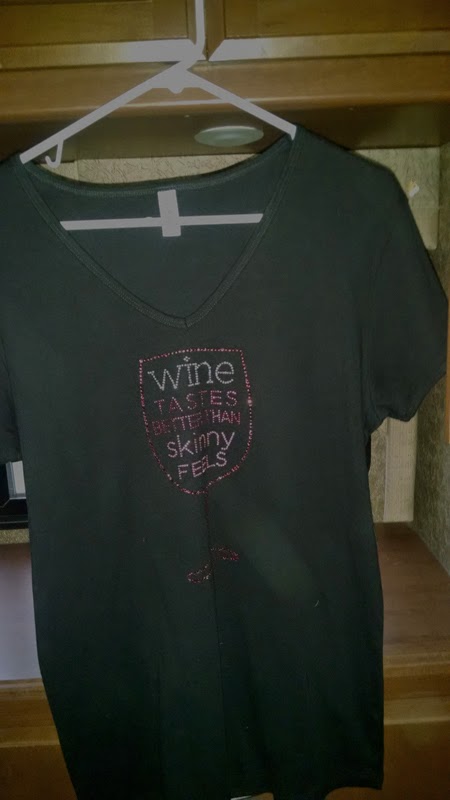 I bought this T-shirt at Maryhill Winery especially to wear out our Cardigan specialty/party.   "Wine Tastes Better than Skinny Feels".

Well, I can tell you that's not true when what is skinny is your motorhome.  Somewhere around the 20th of September the big slide started making a new and worse popping sound as it was going in and out.  On the 24th we had to move sites at Umatilla as the site we were in was reserved.   Put slide in, drove 100 feet, went to put slide out.  The front went out, the back stalled, and it quit.  We knew that there was an issue with the first installations of the Schwintek slides not just in the Palazzo but in other coaches where it was used.  Over-specked.

Tom called the factory: first appointment available is in January.  Umm, Indiana in January?  Not happening.  Living with skinny RV without slide for that many months?  Also not happening.

But we were told that various dealers have service departments who have been replacing the components.  The short version is that after the Los Lunas shows we will be taking the RV back to La Mesa RV in Mesa where we purchased it. We have an appointment already set for October 15th.  They will do the upgrade at no charge to us as the factory is covering it.  Actually it's probably Schwintek who is paying for it. I don't care as long as it's not us and it gets fixed.   Google Schwintek slide problems just for fun.

So three weeks in an RV which is usable except that you have to walk sideways down the hall and can't open the refrigerator, freezer, or bathroom door all of the way.   And Tom has to climb into bed on his side from the foot of the bed.

It's going to feel like a Palatial Palazzo when it opens again.