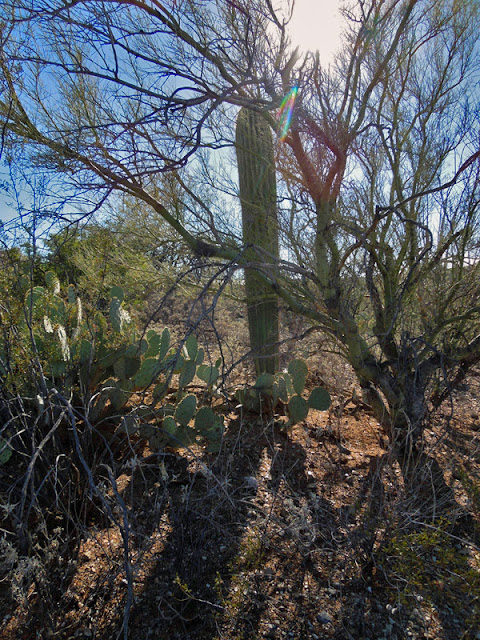 Young Saguaro are shielded by palo verde trees.  We learned a few things today that we had missed on our first trip.  There are less mature Saguaro in the national park than there were in the 1930's.   They are killed if temperatures stay below freezing for 20 hours and a series of harsh winters killed many.  With milder winters and now protected by eliminating cattle grazing from the park, they are making a comeback. 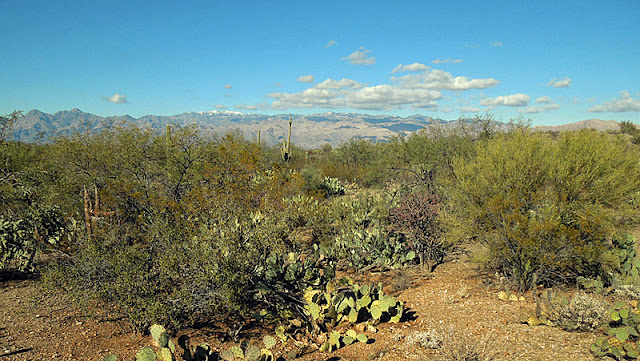 A bright and sunny day, though not particularly warm.  A winter storm blew through last night, but it was the best kind of storm: it started after bedtime and was over before dawn. 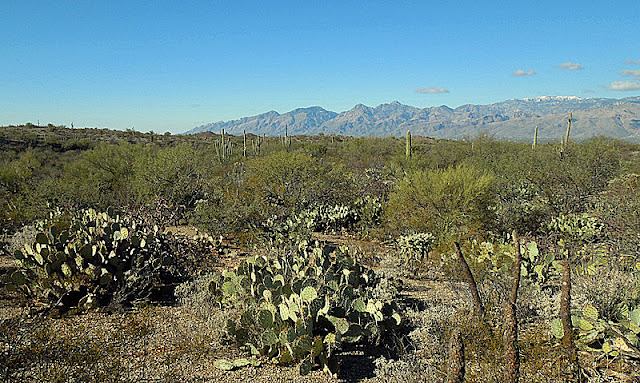 Snow-capped peaks in the background. 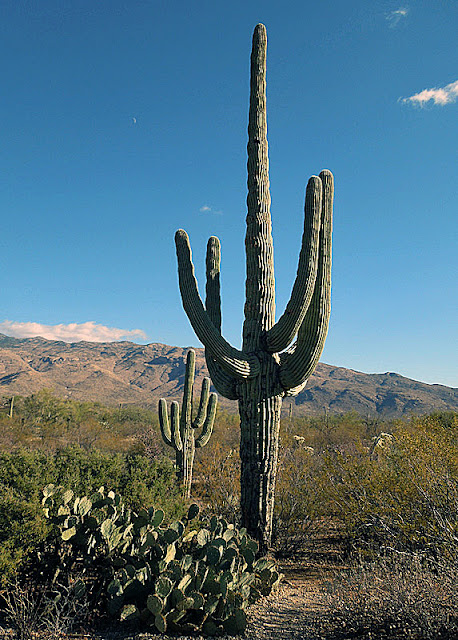 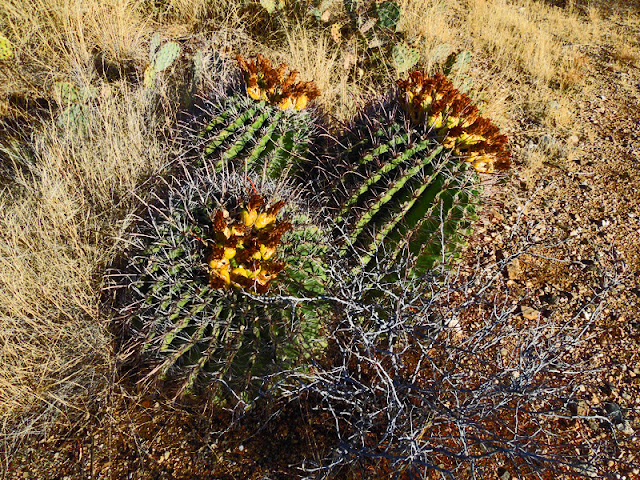 A trio of barrel cacti 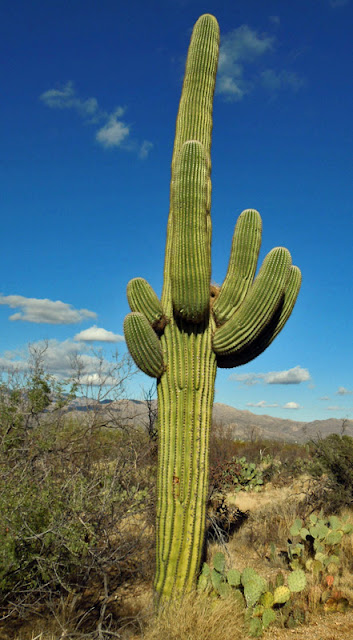 Sometimes you can see things in the crook of the "arms". 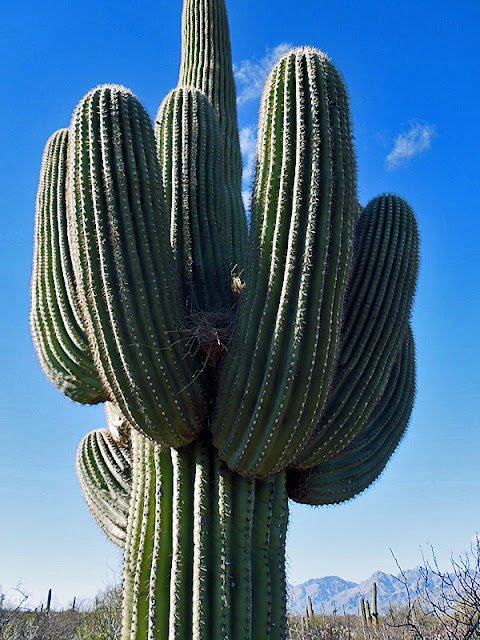 In this cactus multiple birds had made nests. 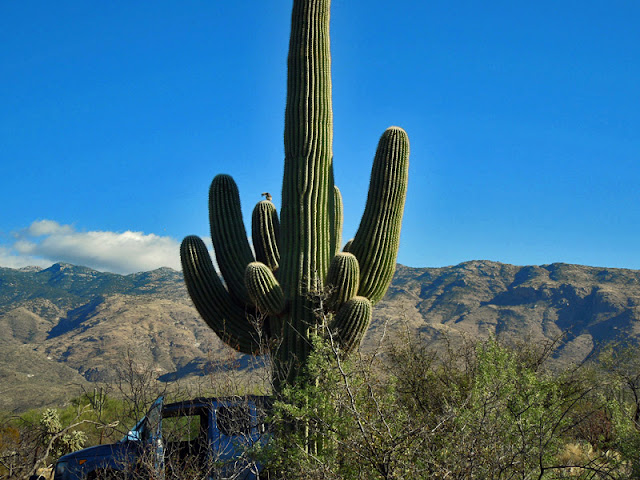 We were really being cussed at for being there. 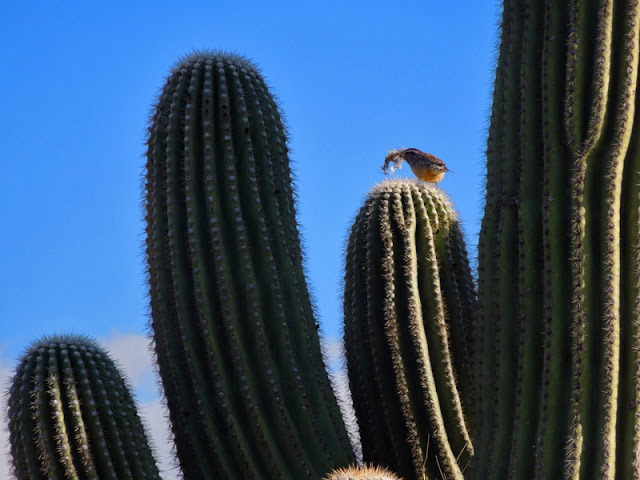 A closeup of mom.  Or dad.  Birds don't nest in December at home in Oregon. 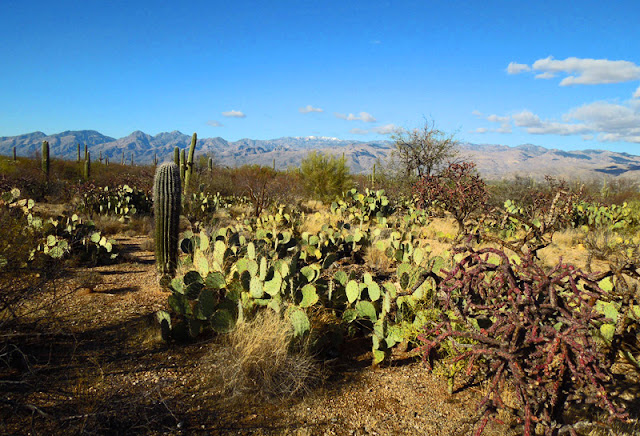 The red-purple plant at the near right is a stagshead cholla.  At some point I accidentally brushed against one.  I did not realize it until many hours later when the needles worked through my jeans and touched my left shin.  Intense pain ensued!   Tomorrow morning in the light I will be working to remove the needles from my pant leg one-by-one. 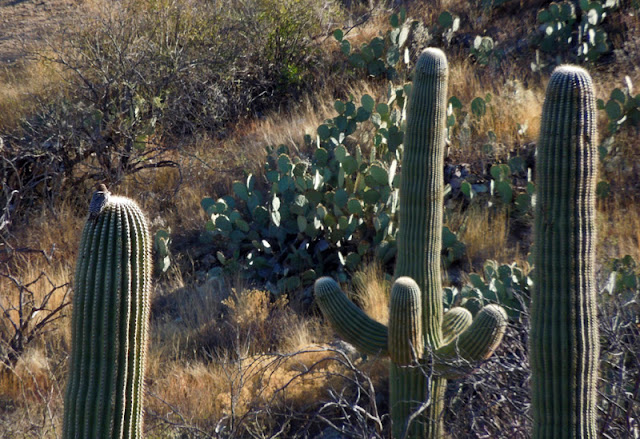 Another avian resident on the left.  Woodpecker? 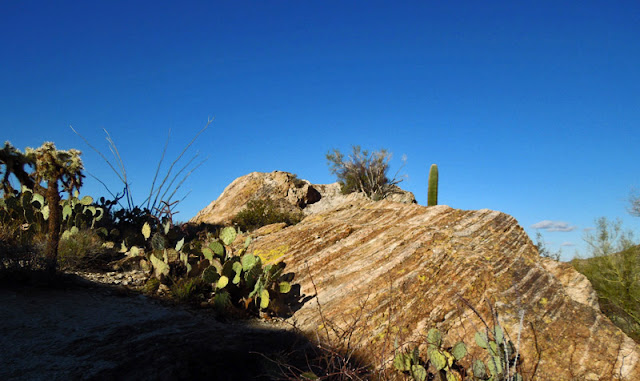 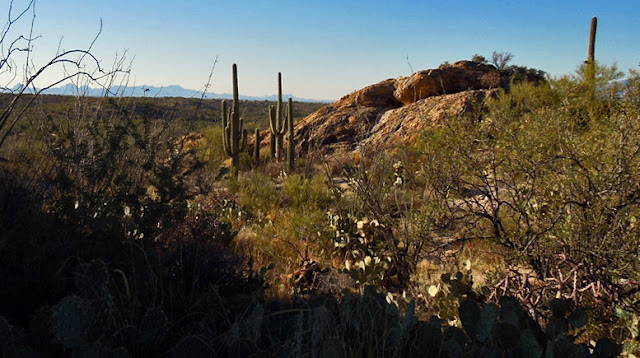 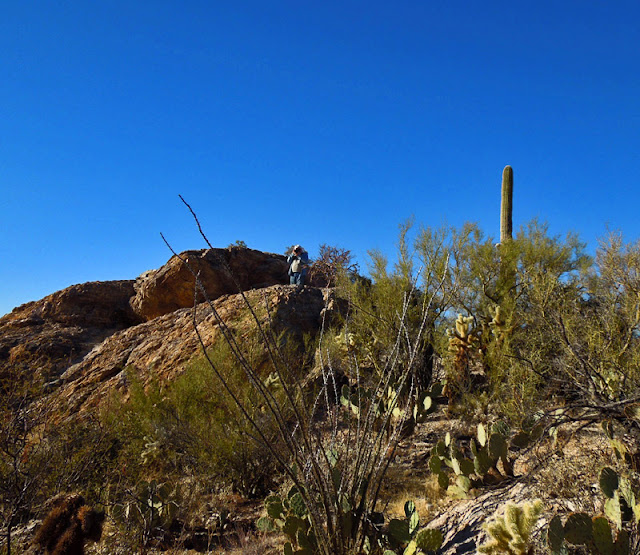